Car fire on I-285 blocks all lanes of traffic 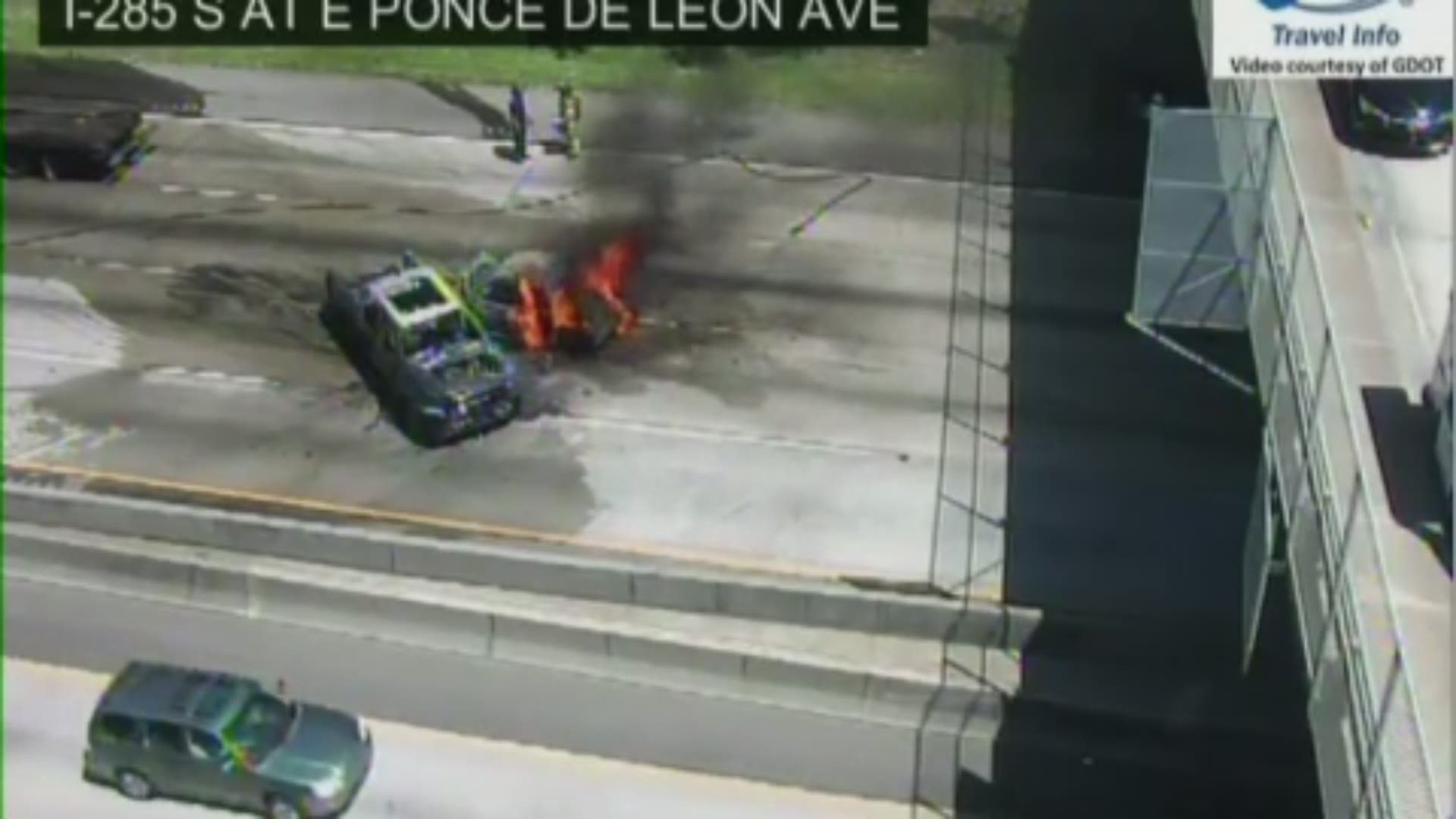 DEKALB COUNTY, Ga. — All lanes of I-285 northbound south of U.S. 78 at Church Street in DeKalb County were blocked earlier due to a car fire.

Two cars appeared to be on fire just after 2 p.m. on Friday. At around 2:40 p.m., authorities were allowing cars to pass on the median. At 3:30 p.m., all lanes of traffic re-opened.

This happened just before the afternoon rush hour on a busy holiday weekend with several events happening in the Atlanta area.

There were no reported injuries, according to a DeKalb County Fire spokesman.