Now the mother, who is the father's ex-wife, is seeking charges against him. 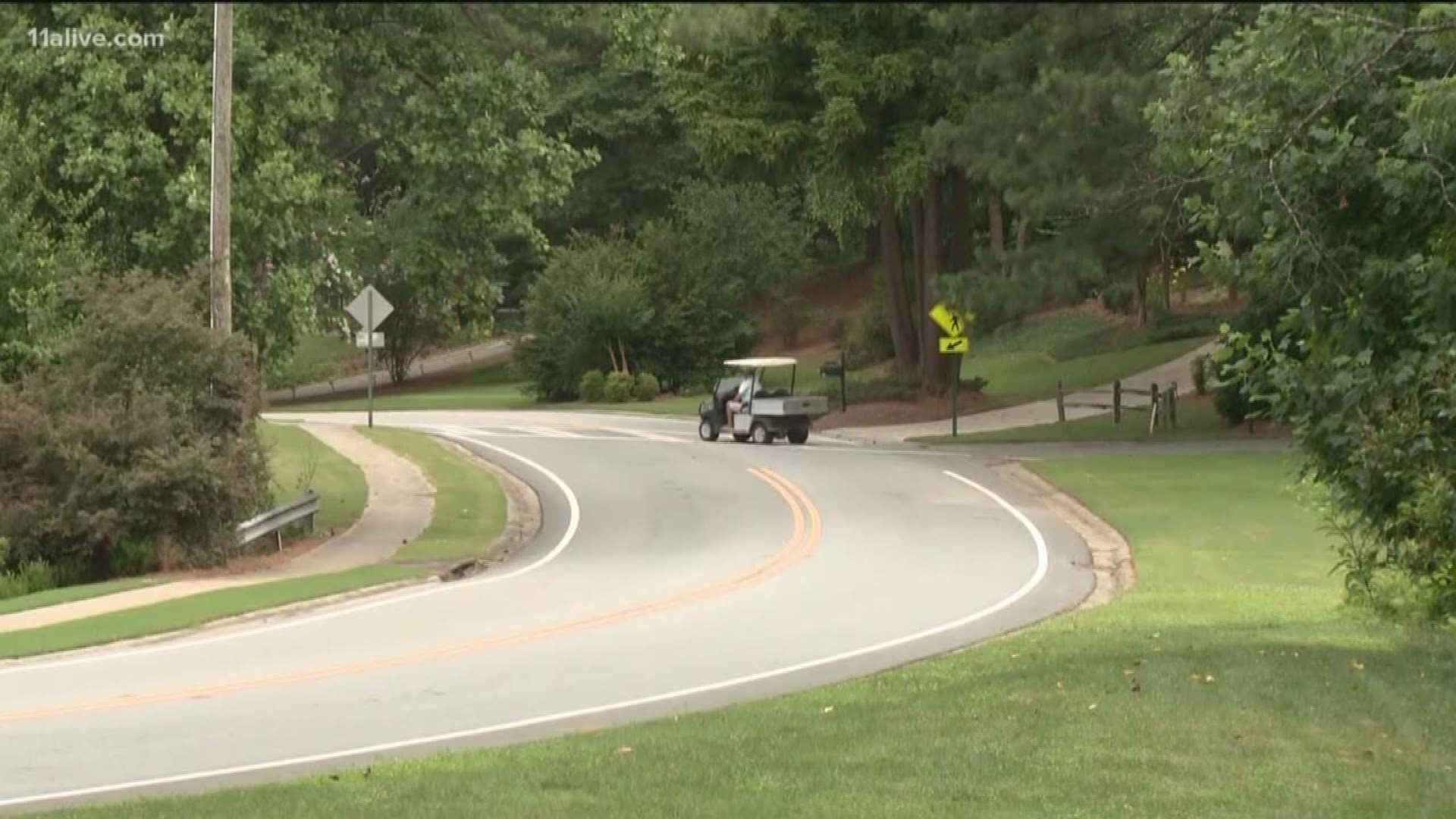 MARIETTA, Ga. -- A 3-year-old has been hospitalized after a golf cart she was riding in with relatives rolled over, pinning her beneath it.

The wreck happened on the evening of May 31 when the toddler was riding in the golf cart with her father and 9-year-old brother. The driver, identified as 41-year-old Brooks Hall, was traveling down Indian Hills Pkwy at Fairgreen Dr. in Marietta, according to the incident report.

Hall was traveling at around 30 mph, following behind a white Acura, when he lost control of the golf cart and rolled over, according to the driver of the Acura.

To everyone’s horror, the toddler who was sitting in the rear bench seat behind her dad was stuck between the cart and the roadway.

"During the time when the vehicle actually flipped over and fell onto his child and they actually had to lift the cart up off the child," Sarah O'Hara with Cobb County police said.

Bystanders and Hall were able to free her and render aid until medical personnel arrived on the scene. Police said the little girl was hospitalized for most of June.

Investigators say the main cause of the crash had to do with aftermarket upgrades made to the golf cart. The golf cart had been modified to allow it to go faster than regularly manufactured specifications, according to the incident report.

"A golf cart can only go up to anywhere between 15 to 19 miles an hour," O'Hara said. "This was more of the modifications of the vehicle including tires that were too big, a suspension that was higher and also the speed of the golf cart that leads to this incident."

Police said the little girl is expected to be fine but police have a message for other golf cart drivers.

"We just advise, just leave it factory settings," O'Hara said. "If you want a faster vehicle, drive a car, you know. You don't really need to put all that speed on a golf cart."