When 5-year-old Noah woke up, he saw that the room his sister and he slept in was on fire. His quick actions helped save his family's lives. 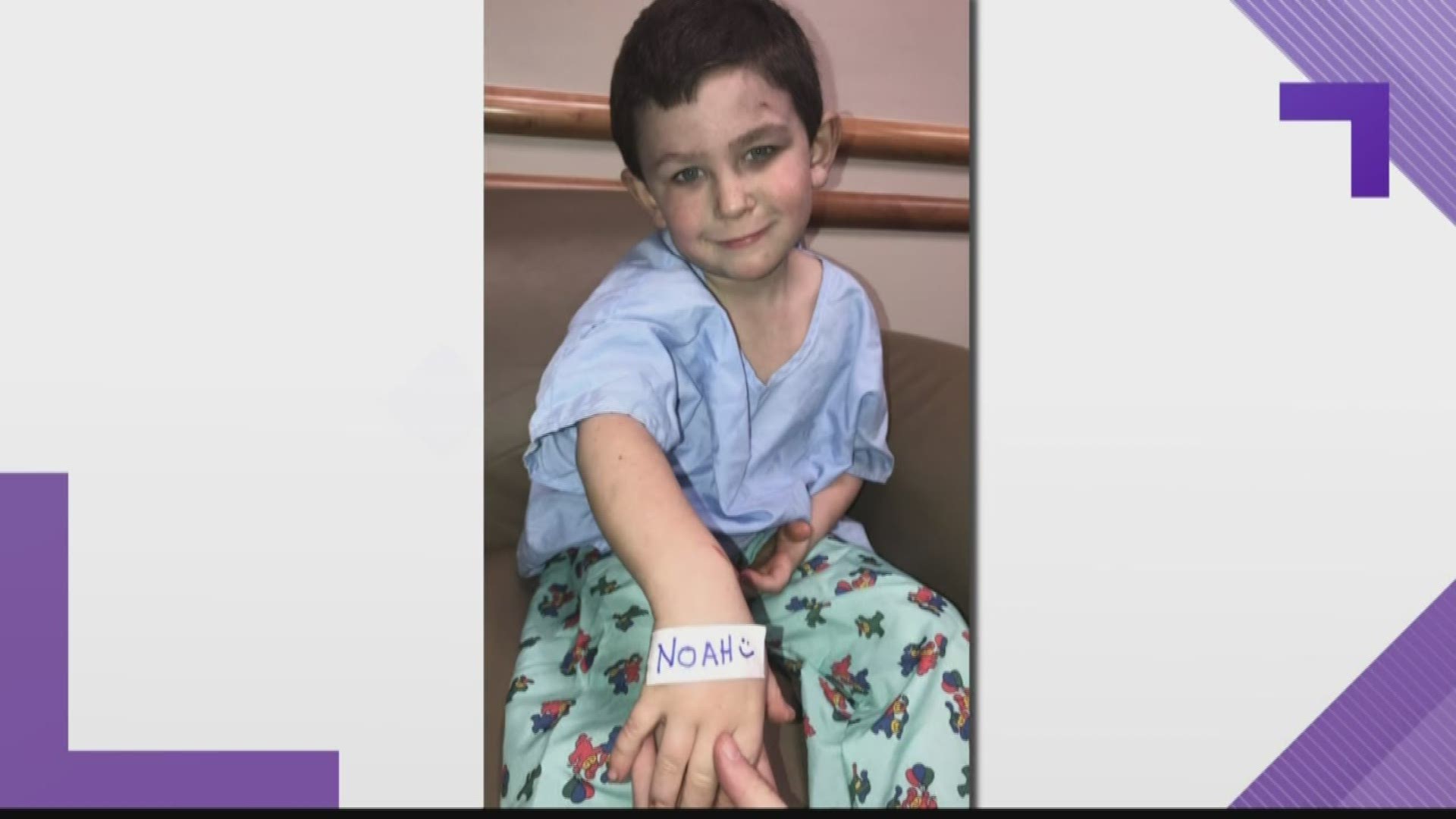 BARTOW COUNTY, Ga. — A family of eight is counting their blessings after a 5-year-old's brave actions helped save them from a house fire that engulfed their house earlier this week.

Fire officials said it was on Sunday when a fire broke out at a home off West Howard Street in Kingston.

When 5-year-old Noah woke up, he saw that the room his sister and he slept in was on fire.

Officials said the only escape was through Noah's bedroom window, and acting quickly, he pulled himself and his 2-year-old sister, Lilly, to safety. He then ran next door, according to an online funding campaign, and was able to grab his uncle who helped the rest of his family escape. Fire officials said the family's house did not have working smoke detectors.

Bartow County Fire Chief Dwayne Jamison said he spoke with Noah's father, who gave his son all of the credit for saving everyone's lives.

"Because of his quick actions, he alerted the rest of the family members, so a total of eight family members were able to get out of the house with only minor injuries and smoke inhalation," Jamison said.

Five adults had to be taken to the hospital with either minor burns or smoke inhalation; Noah had burns on his hands and singed hair.

In the fundraising campaign, Noah was dubbed a hero.

"We thank God for our Noah and his heroic actions," a statement from the fundraiser reads. "By the grace of God, all of our loved ones were able to get out of our home. If it wasn't for Noah, we may not be here today."

The family said the home is a total loss, and they're now turning to their community to help get them back on their feet.

"It's difficult for us to ask for help from our community however, we know this feat is too great for us to achieve alone," family said.

Meanwhile, fire officials said they suspect the fire was sparked by an electrical malfunction that started in the children's bedroom.