A good Samaritan from Kentucky contacted one of the players, and the rest is history. 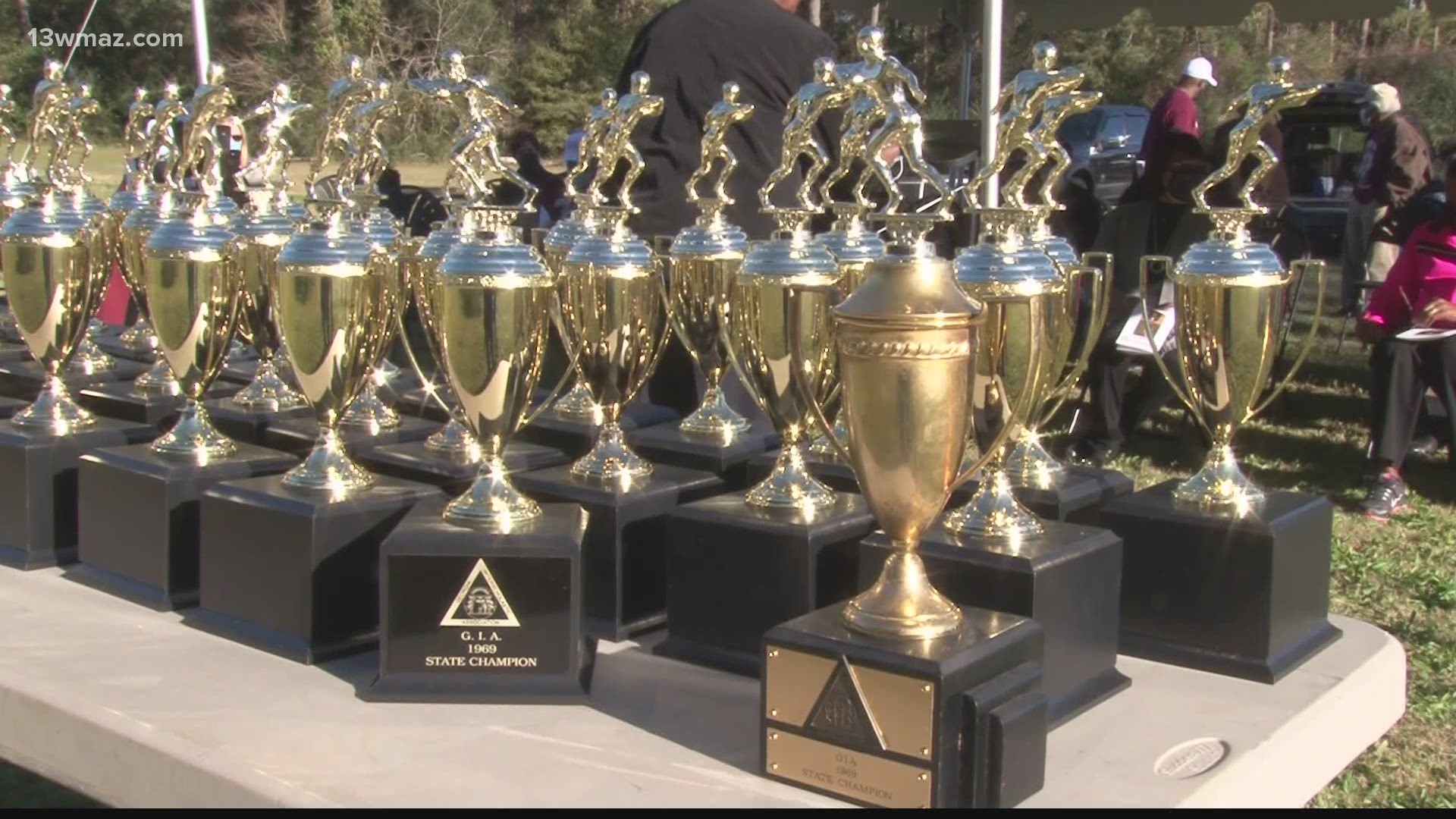 HOUSTON COUNTY, Ga. — It’s been an anniversary to remember for the Houston County Indians, as they celebrate 51 years since winning the state football title in 1960.

The Indians were a high school football team from Perry during time of segregation.

This past summer, a long awaited championship ring ceremony for the team went viral, thanks to Perry native and nationally renowned journalist Deborah Roberts.

Roberts helped present an opportunity for the team to be recognized as honorary captains before the Perry high school quarterfinals playoff game.

The year long celebration didn’t end there. Their viral story sparked another special moment from a good Samaritan.

It was on the same grounds of their former football field, now labeled AD Redmond Park, where the championship football team gathered again with family, friends and public officials.

A woman named Marilyn Velde from Louisville, Kentucky saw the viral story back in June and wanted to reach out and help. She gifted the team with trophies!

"I got it all from my parents who are all in heaven," Velde said. "They were good people who said love everybody, be kind, don’t judge, don’t think about yourself and give to others, and that’s what I’ve done my entire life."

Velde took a chance and contacted Lawrence Clarington, one of the team’s members and the rest is history.

"I looked up Lawrence’s name and found out he worked at the planning and zoning commission, and I knew I was going to call the next morning, and I did," she said.

"I give Ms. Marilyn a lot of credit. She was steadfast. She wasn’t joking, she was interested and you could tell by her voice she was serious about helping us," Carlington said.

One by one, each team member or the family of one of the deceased players or coaches accepted their award, which is replica of the original state trophy. A trophy that was thrown away in the dumpster when the school doors closed after desegregation started a year later.

"The way things are going on in the world today, you don’t have to judge people by their color," Clarington said. “She didn’t judge us at all, she saw a need. She saw that we needed help and God just opened her heart to reach out and touch us and I thank God for her."

What’s even more generous is that Velde reimbursed each member of the team the $300 they already used to purchase the rings, plus the individual trophies including an extra trophy that will stand in Perry’s trophy case at the school.

"God does a lot of things for people," Clarington said. "You’re not only blessed in your hometown, but he blesses you far away as well."