Charlotte author publishes her first book at 60, second at 62 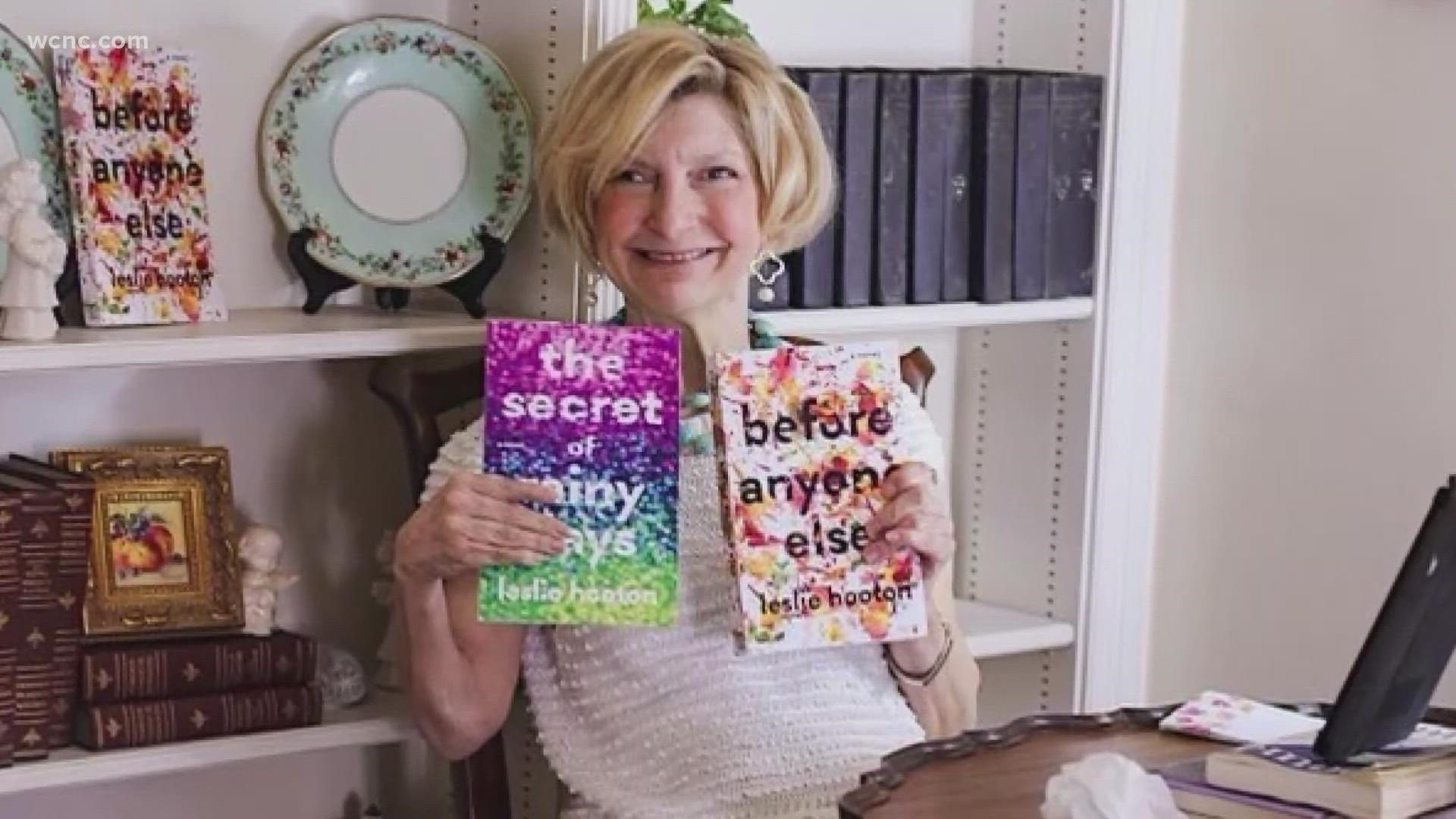 CHARLOTTE, N.C. — Conventional wisdom says you’re supposed to have an idea of your career path in your twenties. But a Charlotte woman is just now hitting her stride in a brand new role – at the age of 62.

Leslie Hooten's first book was one of the most popular books of the year at Park Road Books in Charlotte and she says that's proof that you can always start fresh.

Leslie Hooten is a hoot- even when it comes to the tough stuff.

The stroke badly damaged her right side making it impossible to type - a challenge for a writer.

So Hooten married, went to law school, and worked in finance – but didn’t really focus on her writing until she hit 60.

"It was just a belief in me. I don’t have a lot of self-confidence but it was a belief in me that this was what I was meant to do," she said.

But it didn’t come easy.

"I could probably wallpaper a small house with my rejection letters."

Her first book was published just as the world was shutting down.

"It was a dream come true but it was bittersweet in the middle of the pandemic and I was a no-name author publishing a book – who cares – it was kind of crazy."

Now at 62, her second book was just released and she’s just hit the road on a national book tour.

"I kind of honed in on George Elliot who said you are never too old to be what you were meant to become."

And she said she hopes she inspires other women of a certain age.

"That would be the greatest honor someone could bestow on me – look at Leslie – she never gave up."

Hooten is already hard at work on her third book- a publisher has already bought the rights to it- it will be out in June 2022.