For years, the grocery store on Ponce de Leon Avenue has been called by many "Murder Kroger." 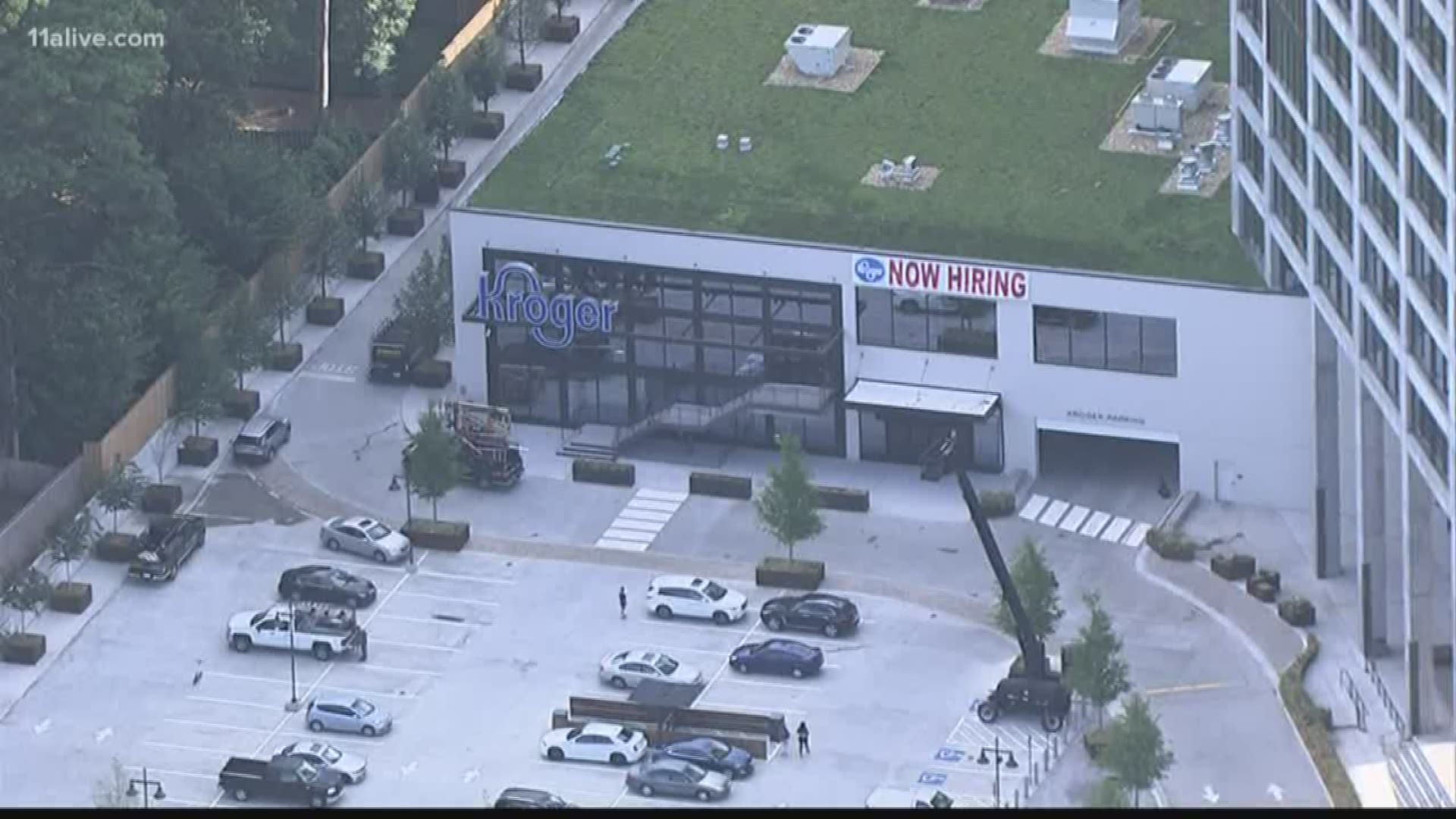 ATLANTA — It's probably not a nickname Kroger is proud of, but it's one that Atlanta residents have known for decades.

“The 65,000 square foot store reflects the spirit and vibrancy of the BeltLine and surrounding communities, featuring murals from local artists and Atlanta-themed décor, along with a green roof with plants and beehives,” said Felix Turner, manager of corporate affairs for Kroger’s Atlanta Division.

Murder Kroger closed in October of 2016 - and was demolished shortly after that. A few dozen people lit candles and stood in the parking lot of the grocery store to say their goodbyes.

For years, the grocery store on Ponce de Leon Avenue has been called "Murder Kroger" by many. It's been the subject of a website, Facebook page and even has a song dedicated to it.

OTHER HEADLINES:  Sophie's Nightmare: How a Georgia mother allowed her boyfriend to impregnate her 10-year-old

So how did that name come about?

In 1991, there was a murder in the parking lot where Cynthia Prioleau, 25, was fatally shot. For most of the next 23 years, it earned the store an unfortunate nickname: "Murder Kroger."

In 2002, a dead body was discovered inside a car of the parking lot.

In 2012, there was a reported murder at the residences of the Ford Factory Lofts, who shared a parking lot with Kroger.

On March 10, 2015, Joshua R. Richey, described as a working man and a father of four, was fatally shot in the chest in the parking lot as two men were breaking into his construction vehicle.

Company officials are highlighting the many new features of the store, hoping to leave the old nickname in the rear view mirror.

It will also be home to B's Cracklin BBQ and Murray's Cheese.

“The City of Atlanta, community leaders, residents and businesses have come together to create and nurture a very special place," Turner said. "The new 725 Ponce Kroger signifies our ongoing commitment to the community and the ongoing economic prosperity of Atlanta.”

The store said they had no further comment when asked about moving away from the old nickname.