Son rushes to Atlanta after 8 family members severely injured in fire: ‘I cried pretty much all day’

Seven members of the same family were injured in an apartment fire on Friday. Several had surgeries, and one 78-year-old family member has COVID. 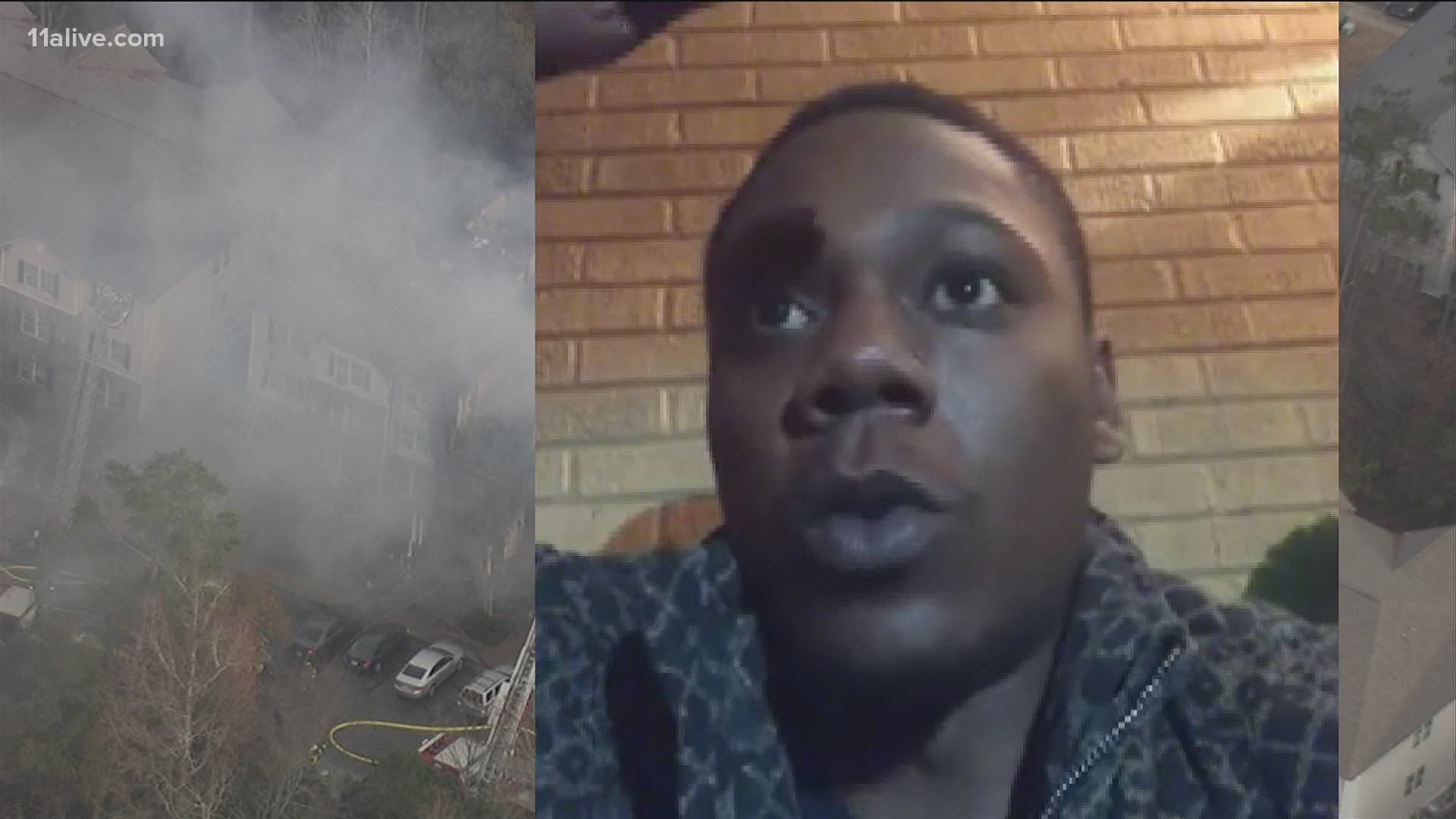 DEKALB COUNTY, Ga. — Terry Nelson held a can of energy drink in one hand and a steering wheel in the other as he made the seven-hour drive from Cincinnati to Atlanta.

Eight of his family members, including his mom, two sisters, four nephews, and niece were severely injured in an apartment fire in Dekalb County on Friday.

“Yesterday, I cried pretty much most of the day," Nelson told 11Alive's Hope Ford after pulling off on the side of the road.

Nelson found out from his nephew, Jacquill Moss, what happened at the Fairington Village Apartments in Stonecrest. Jacquill wasn't supposed to be home at the time.

Jacquill later told 11Alive he brought his family lunch at the last minute, before hopping in the shower.

Soon, he heard the screams and saw smoke.

The family would have just minutes to get to a back bedroom.

Nelson's sister, Jacinda, would be among the first to go after two of Terry's nephews. A video of her jumping from the third-floor apartment was captured by a neighbor.

Jacinda broke her back. Two of Nelson's nephews, one only 10-years-old, also jumped and broke bones. Then, Jacquill grabbed Nelson's 78-year-old mother, Agnes

"Jacquill's grabbing her, and she sees that long jump and passes out."

Jacquill jumped with her, breaking his back as she broke several bones as well.

As each family member landed, Nelson said they passed out from the impact and needed to be dragged from the building. William Cox helped catch some of them as they fell and brought them to safety.

"I walked down and I don't see anyone running out of the building," Cox said on Friday. "So, I'm screaming, 'Please, the building is on fire. If you're in there, get out.' And they just started throwing me their children."

Nelson's family and 10 others were injured and taken to Grady Hospital. His mom Agnes, sister Jacinda, and niece Tiffany had extensive surgeries. In addition to everything else, doctors found something else wrong with Agnes.

Although Nelson spent much of Saturday in tears, during his drive on Sunday, he said it felt more like a celebration.

Family badly injured in DeKalb fire and during escape

1 / 5
Terry Nelson
Terry Nelson and his Agness, who tested positive for COVID after being taken to the hospital.

"I’m more thankful. Like, you start doing searches of fires in Atlanta, three people died, family died, you name it. But, everybody in this building got out.”

Nelson is particularly thankful for his nephew, Jacquill, who helped get everyone out of the building.

“They had very little time to rush out the door or to the window and jumped," he said. "The spirit is still in them, they’re still alive. They still have breath.”

Nelson will help look for a place for the family after they're released from the hospital. He said the family should start physical therapy within the week.

How the fire started is still under investigation.