A number of local memorials and tributes are being held around the area on Wednesday. 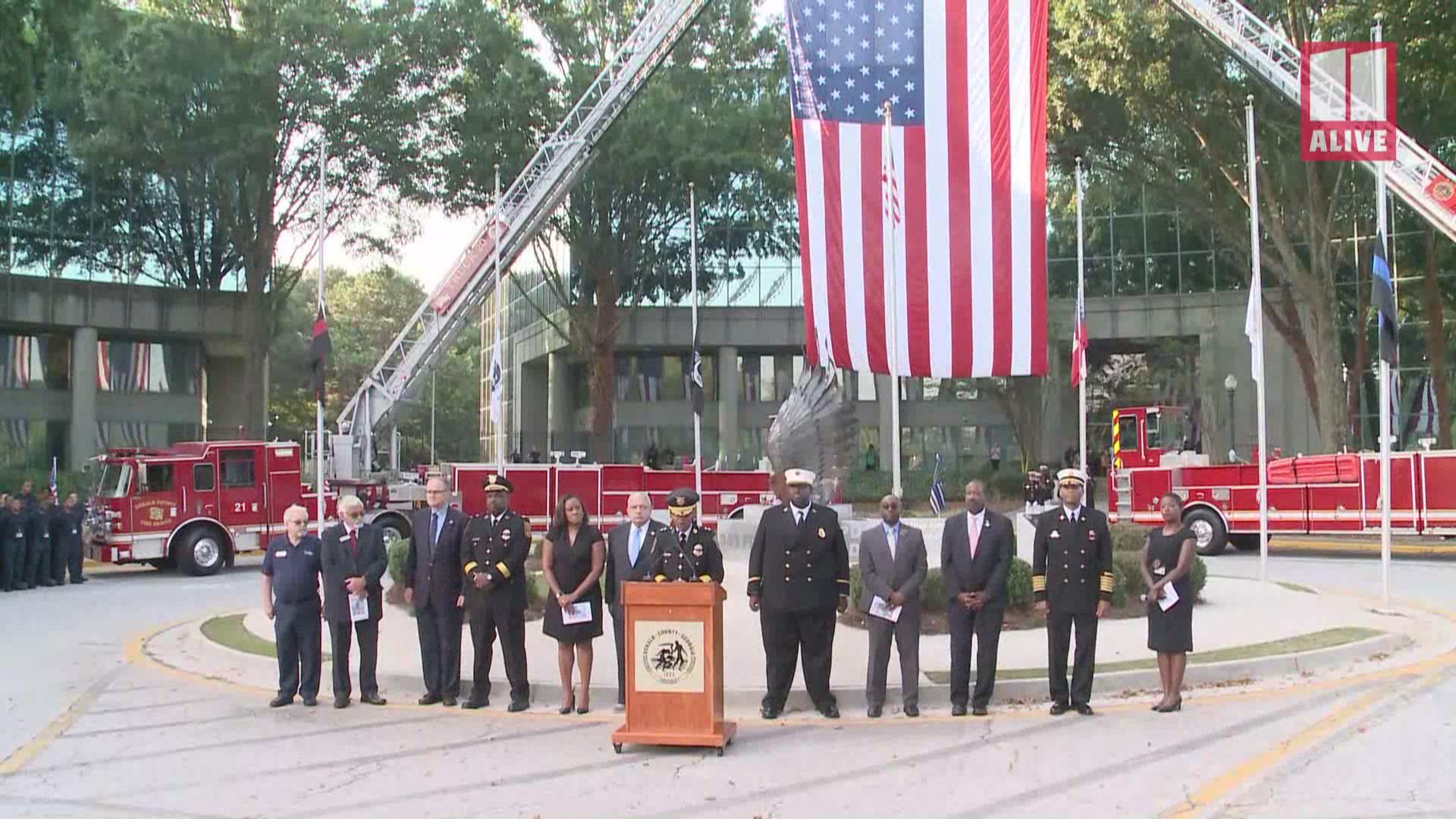 ATLANTA — A number of tributes are being held around Atlanta on Wednesday, as the area marks 18 years since the attacks of September 11, 2001.

That will include a memorial at the DeKalb County Police headquarters, which is set for Wednesday morning. That will be held outside the building, in front of a monument commemorating 9/11 first responders.

11Alive will be streaming that ceremony live when it begins at 8:46 a.m., the time marking the moment the first hijacked plane struck the North Tower of the World Trade Center.

Other commemorating ceremonies are scheduled around Atlanta.

TSA workers will also hold a memorial at 8:46 a.m. at Hartsfield-Jackson Atlanta International Airport, in the Domestic Terminal.

There are other kinds of commemorations, including memorial stair climbs by the LaGrange Fire Department (beginning 8 a.m. at Callaway Stadium) and in Jonesboro at the Clayton County Police Department headquarters.

Four firefighters in Douglasville will walk 9.11 miles on treadmills at the Academy Sports + Outdoors store, to support the Tempus Fidem Foundation, as well. That's at 7200 Concourse Parkway.

Tributes will continue throughout the day, with a mid-morning Blue Mass honoring 9/11 first responders at 10 a.m. at the Cathedral of Christ the King in Atlanta at 2699 Peachtree Rd. NE.

And in the evening, a 9/11 Heroes Run 5K to benefit the Travis Manion Foundation will begin at the Georgia World Congress Center at 7 p.m. Mayor Keisha Lance Bottoms is expected to attend.

America to commemorate 9/11 as its aftermath extends and evolves

Rocket blast at US Embassy in Kabul on 9/11 anniversary