"You don’t want to wish this pain on anyone.” 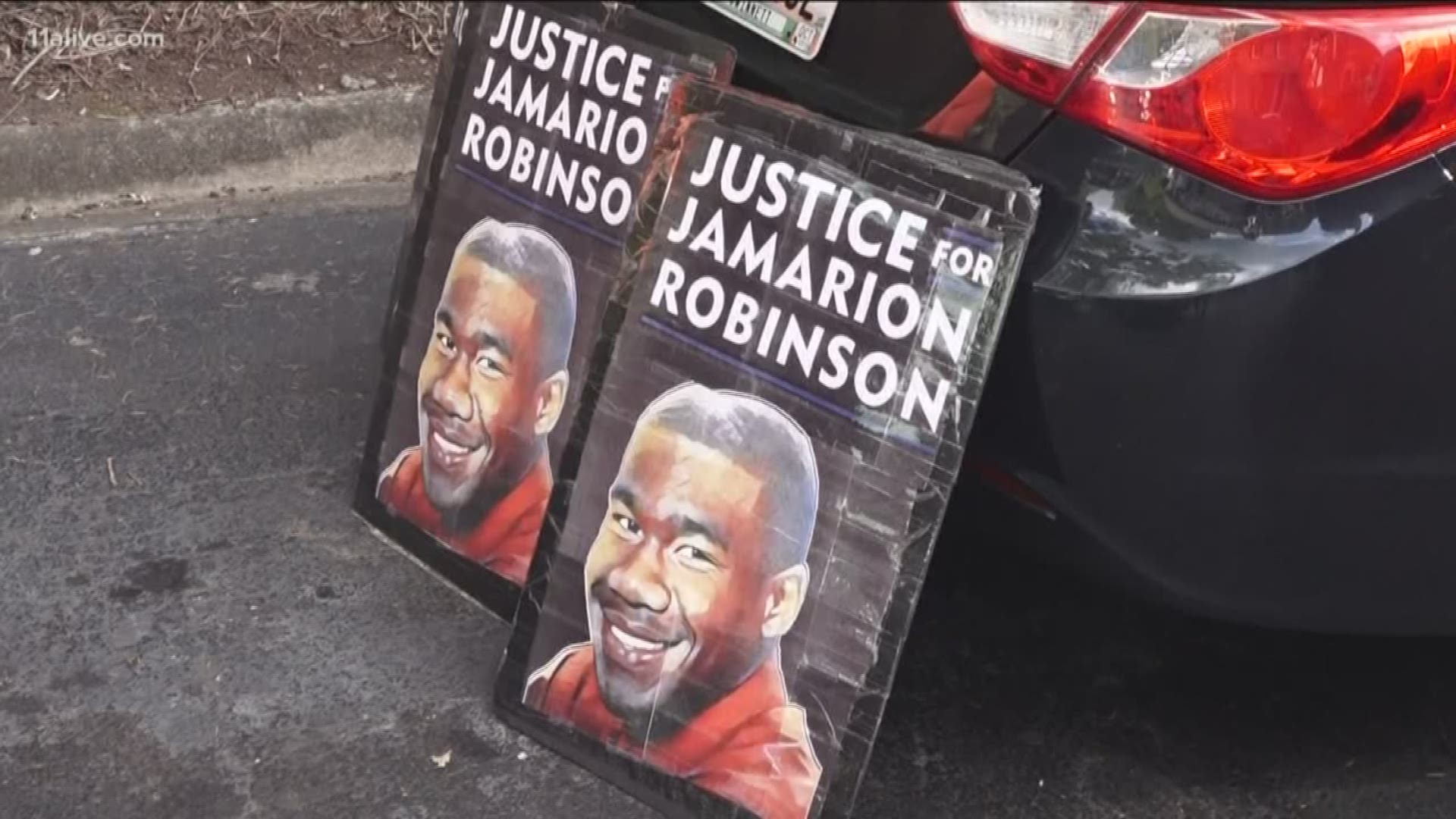 ATLANTA — He was shot 59 times by law enforcement officers, leaving over 70 bullet wounds.

His mother said the man U.S. Marshals wanted was not her son. 11Alive's Hope Ford went to a vigil held on the anniversary of his death, where his mom continues to fight for justice.

For threes years, she has returned to the spot where her son was shot scores of times by police.

“He was handcuffed and dropped down the stairs, brought into the living room for eight hours with no medical aid," she said.

On the three-year anniversary of his death - his entire family united. His sister, girlfriend, and grandmom - who couldn’t bring herself to do anything but hide her face and cry - remembered him.

The Department of Justice cleared the officers of any wrongdoing. But Fulton County District Attorny Paul Howard thinks that should be charged.

The 11Alive Investigators talked to Howard earlier this year.

“We’ve been asking for all of the evidence, the documents ... regarding their investigation. All the rules and policies that relate to the shooting of Jamarion Robinson. And they have systematically denied us the opportunity to receive that information," he said.

Howard filed a lawsuit, hoping a judge would release the documents, but the Department of Justice said proper procedures need to be followed in order to release them.

This is little comfort to Robinson’s mother.

“This morning, I was crying looking at pictures of him when he was a little child. I just wish I could get in a time machine and go back to that time," Robinson's mother said. "You don’t want to wish this pain on anyone.”

Monteri said she’s reached out to lawmakers, like Congressman John Lewis for help, but she says she hasn’t heard back from him.

Several activists at Monday night's vigil, said they plan to stage protests, until the officers responsible receive an indictment.