The home where the fire started had five adults and two children inside at the time of the fire. 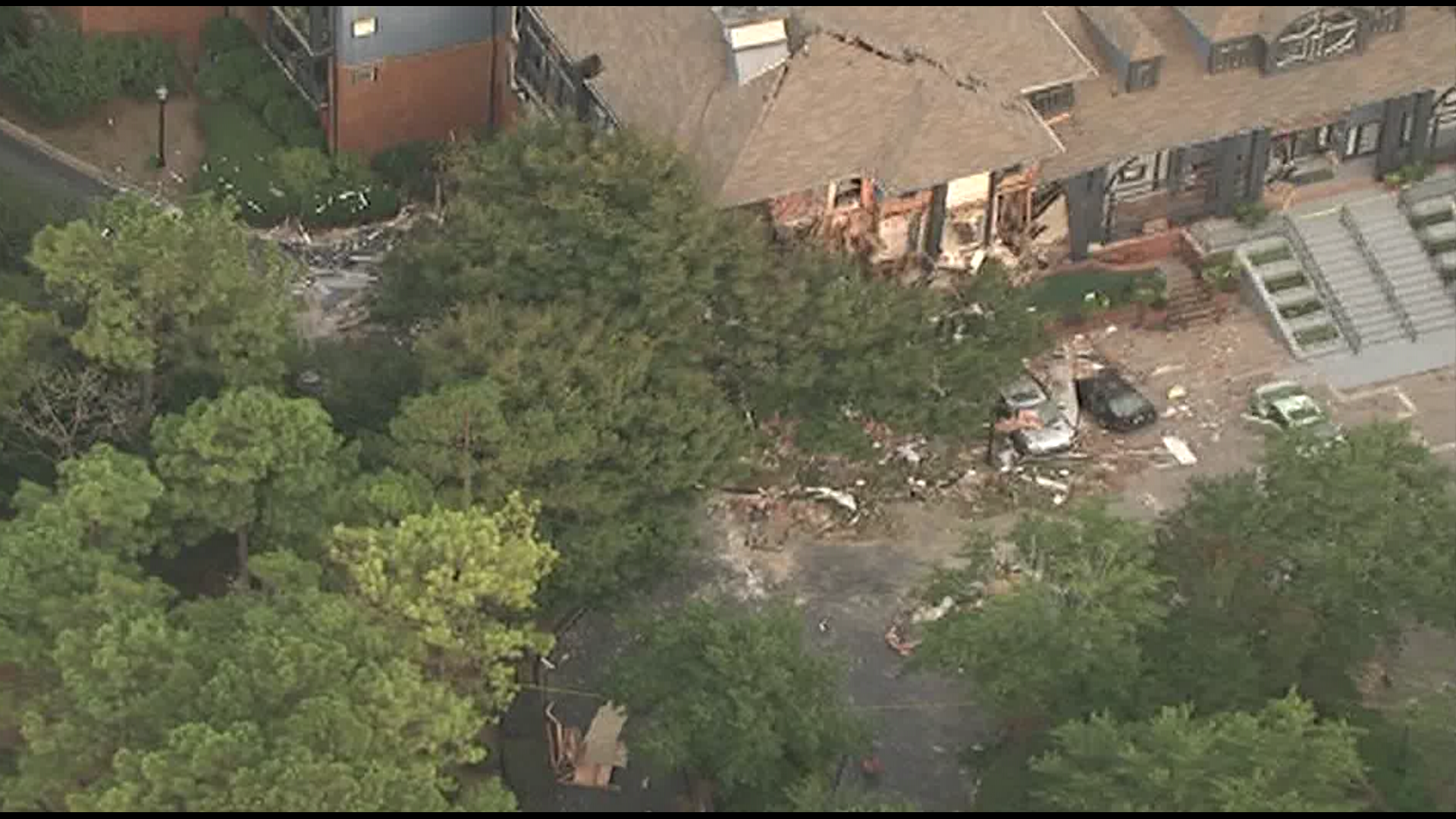 ATLANTA — Sixteen people are displaced and not injured after flames ripped through three homes in Lawrenceville Sunday afternoon, according to Gwinnett County Fire.

Fire Crews responded to the 200-block of Camden Park Drive in Lawrenceville shortly before 1 p.m.

Before crews arrived, they were told that a 911 caller said the fire at one home was quickly spreading to others.

Crews arrived on scene and found the fire coming through the roof of a two-story home. The homeowner told firefighters that everyone had been safely evacuated after a neighbor called to tell them about the fire, Gwinnett County Fire said.

Three crews quickly worked to extinguish the fire that was spreading to neighboring homes. Firefighters quickly searched and evacuated those homes.

As more crews arrived on scene, the majority of the fire that was tearing through the homes was extinguished within 30 minutes.

Firefighters then worked to extinguish hotspots inside of the homes. The floor, attic and walls began collapsing inside the home where the fire started and crews had to back out of the home.

"The primary structure sustained extensive fire damage and is considered a total loss," Gwinnett Fire said. Additionally, the other two homes had moderate damage with flames melting the siding on the outside of the homes leaving the side of the homes exposed.

Gwinnett County Fire said 35 firefighters in total worked to extinguish the fire, a total of 16 people were displaced from the three homes including nine adults and seven children. The home where the fire started had five adults and two children inside at the time of the fire.

The Red Cross is providing temporary assistance to two of the homes.

Fire investigators said the fire began on the wall on the backside of the home. The cause of the fire is still being investigated.

An afternoon blaze in the 200 block of Camden Park Drive in Lawrenceville destroyed one home and left two others damaged from the radiant heat and flames. No injuries were reported and the cause of the fire is under investigation. For more visit https://t.co/ka1q81pezR. pic.twitter.com/qMvPtbkgwU