For his 9th birthday, Rhys Stieglitz wanted to bring love into community

His original goal was to raise $999.00. He’s thrilled he has more than quadrupled it. 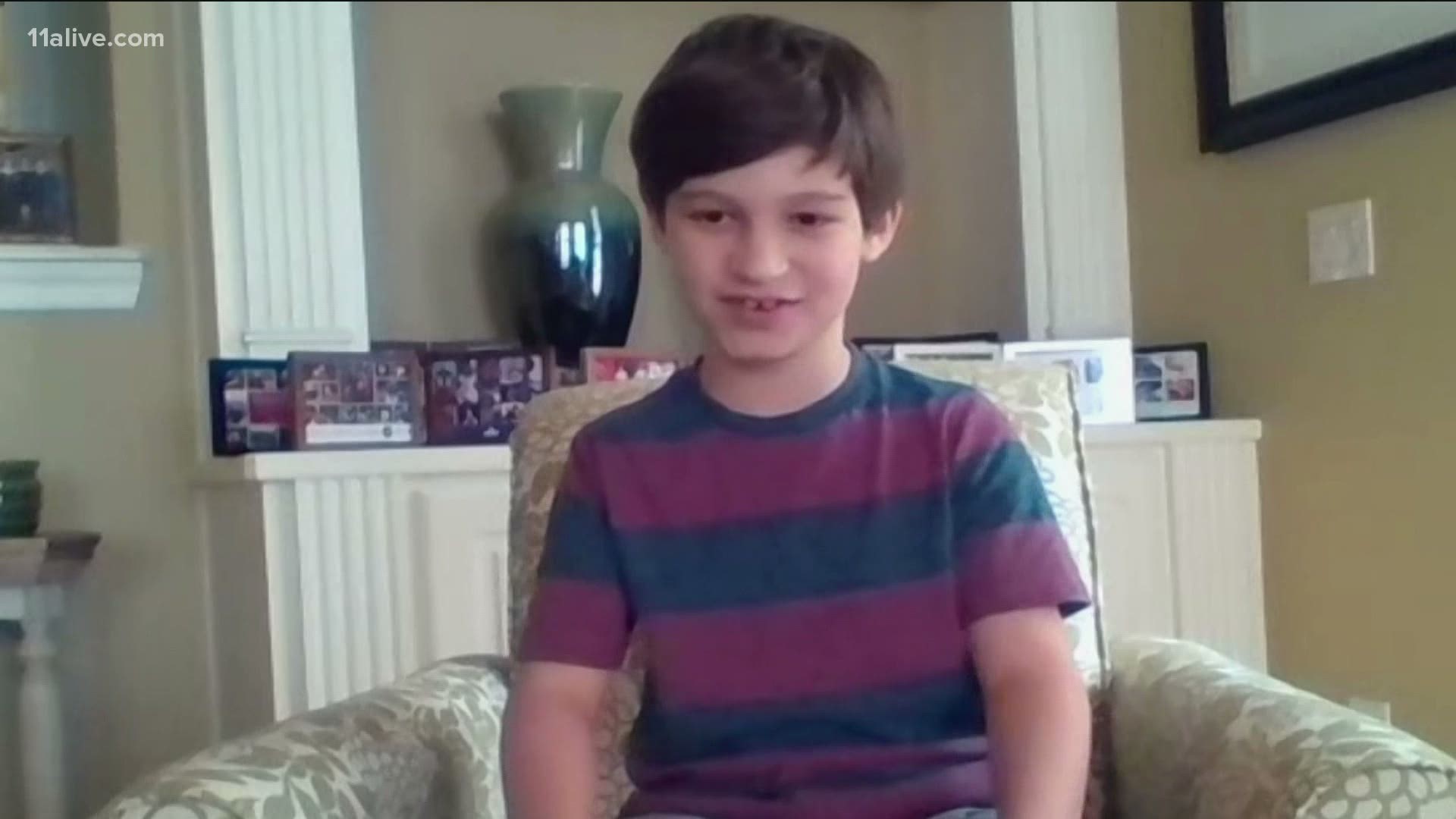 ATLANTA — Fourth grader Ryhs Stieglitz could have asked for a lot of things for his 9th birthday today. He loves electronics and music, but wanted to grant 999 wishes for others!

11Alive’s Cheryl Preheim talked to Rhys about how he is helping people in need during his special day.

The Stieglitz dining room in Brookhaven is filling up with boxes of food. It is exactly what Rhys Stieglitz wanted for his birthday.

“I want to inspire and bring love into our community,” he said.

He started a 999 Birthday wishes campaign for his 9th birthday.

Rhys already has 1400 food items collected and he has raised $4200 for the food bank.

“That would be around 16 thousand meals,” Rhys said. His original goal was to raise $999.00. He’s thrilled he has more than quadrupled it.

His mom Erin said, “We are so proud of Rhys for putting this together, especially now when the need is greater than ever.”

The need has grown significantly since the COVID-19 pandemic. With more people out of work or hours cut back, there are more people needing help to put food on the table.

Rhys learned about that growing need when he saw a line of people waiting at a food distribution site. He asked his mom about it.

“I explained that those people are waiting in line to get two small bags of groceries because they don’t have enough to feed their families right now,” she said.

Without hesitation, Rhys looked at his mom and said, “I have to do something to help.”

That’s when he came up with his 999 Wishes idea to celebrate his birthday.

For a boy who loves coding robots, riding bikes, and music…he could have asked for a lot of presents. But Rhys says the feeling of making is difference is better than any gift he could receive.

“It feels great that I can help so many people in my community and make the world a better place.” He said.

Rhys Stieglitz hopes other people will want to help, too. He’s going to keep collecting donations through the end of June.

He and his music teacher also wrote a song about his 999 Wishes Food Drive. Check it out below!