'We’ve been out there trying to do is enlightened these young people who have tremendous energy they have all the energy.' 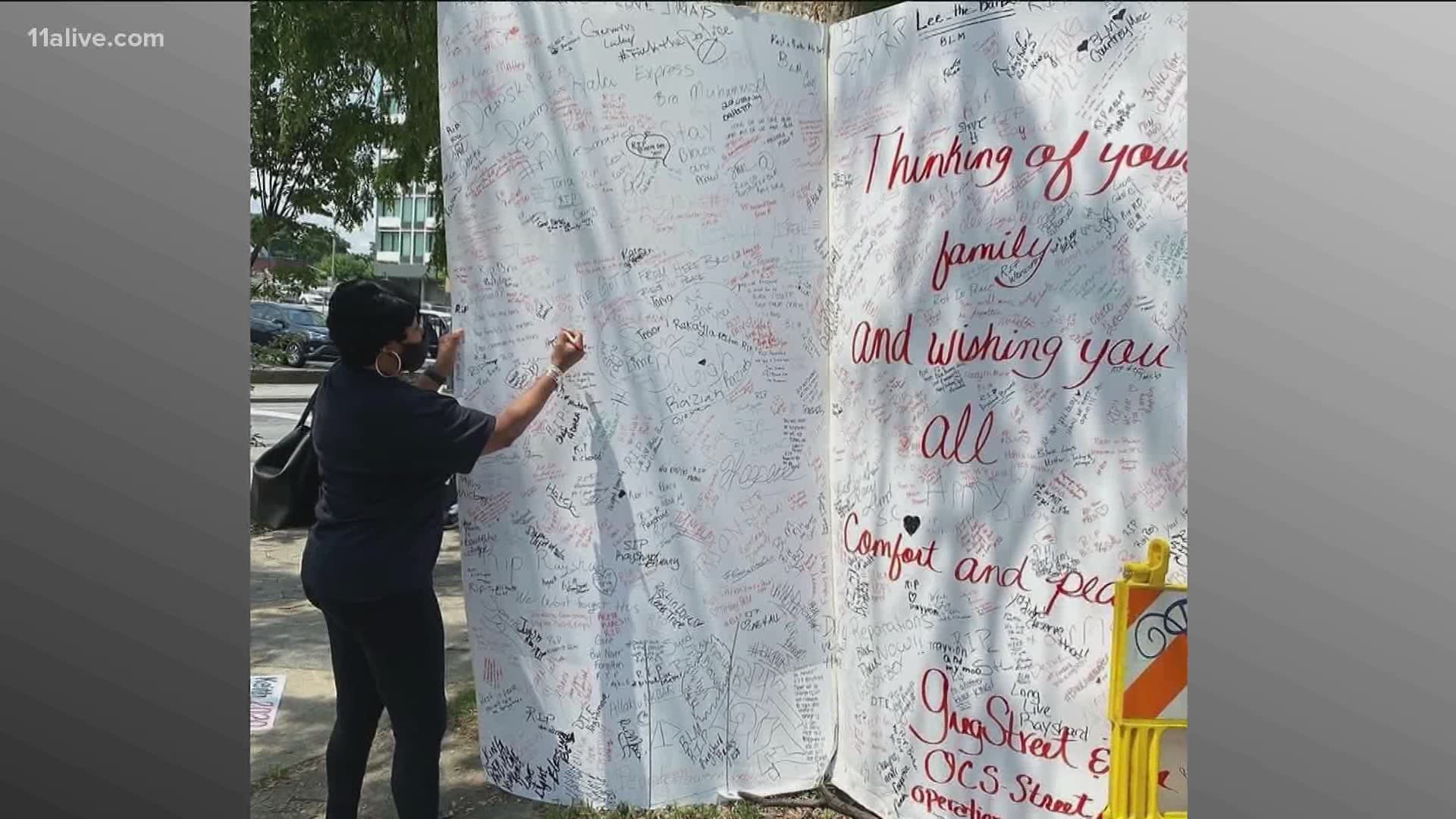 ATLANTA — The Wendy’s on University Avenue that was burned down during a protest is becoming a symbol of unity in the community.

"We’ve been trying to provide some free food, some free advice and just show some love to a lot of the young people who are out there," said Bruce W. Griggs, Founder and CEO of Operation Correct Start, Inc.

Griggs showed up to help the community still in mourning after the shooting death of Rayshard Brooks.

"I’ve been doing a lot of listening," said Griggs.

The recent calm in front of the burned out fast-food spot is a big change from three days ago. That’s when Atlanta City Council members said people with guns blocked the road, taking over the area.

"We’ve been out there trying to do is enlightened these young people who have tremendous energy they have all the energy in the world and they’re upset and they just need to put that energy in the right place," said Griggs.

In places like art projects in the parking lot for the kids and what Griggs calls the largest sympathy card for Rayshard Brooks. He sees it as a step in the right direction on a very long road toward healing.

PHOTOS | Wendy's that was set on fire becoming location for unity

Griggs said many people in the community want the burned down Wendy’s to be turned into a long term memorial for Rayshard Brooks that provides community support.