A San Diego mom found out her twins had a condition that can sometimes result in the twins' umbilical cords tangling or compressing. Then, the pandemic hit. 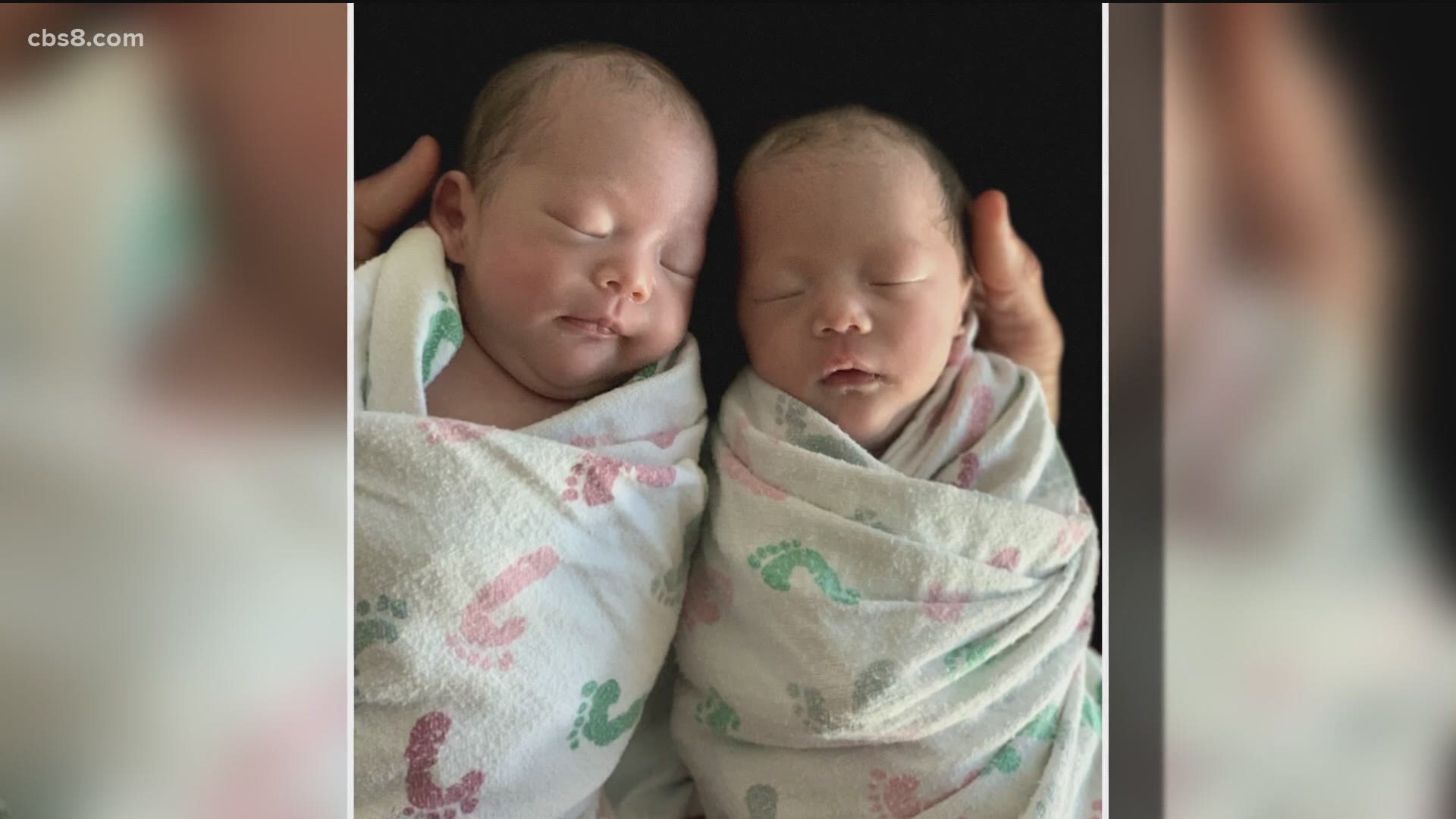 Corina Antal learned she was pregnant over the summer. However, the twins tested as monoamniotic - a rare condition that occurs in less than 1% of all births.

“That makes it a very high-risk pregnancy because they each have their own umbilical cords, but they're within the same amniotic sac,” explained Antal.

The condition can sometimes result in the twins' umbilical cords tangling or compressing.

Doctors checked on the twins fortnightly and found the girls remained healthy. In most cases, Antal would be admitted at about 28 weeks, but it was delayed, until she was 30 weeks pregnant.

The pandemic was just beginning to escalate when she went to the hospital in early March. The hospital allowed the father, Gene Yeo, to continue to bring her special food and fresh clothes.

“Everyone was wearing masks and people were being very careful,” recalled Yeo.

Emilleen and Emabelle were born at 32 weeks. They then spent five weeks in the neonatal intensive care unit (NICU), which was limiting visits to one parent for each child.

“We got lucky. There was one silver lining of having twins and the NICU,” joked Antal.

They were released from the hospital last week and the family is now healthy at home.

“It's been a nerve-wracking situation. I think it's getting better,” said Yeo. “The prevalence’s low in UTC and so that's comforting, but I think you just have to be vigilant.”

RELATED: 'I was scared' | San Diego couple thanks UCSD nurse, staff for helping them through coronavirus recovery