He says his faith carried him through the surgeries. 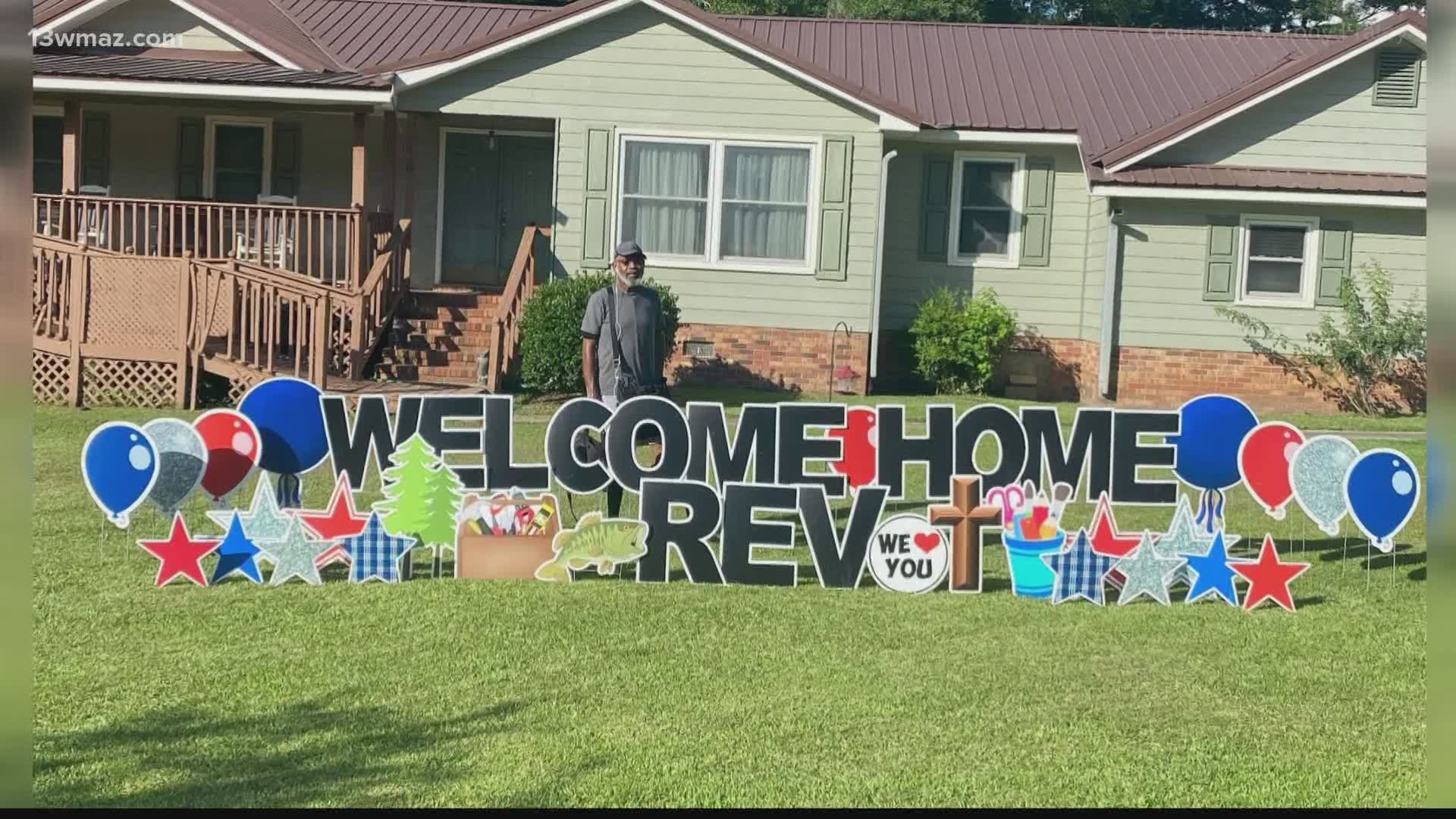 MILLEDGEVILLE, Ga. — A Milledgeville man is getting a second chance at life -- through the gift of organ donation!

Pastor Tony Fraley is known for reading the Bible and serving people. He is a husband, a father, a mentor and, now, a double organ transplant survivor.

"If it had not been for [God], and my early upbringing of knowing Him," said Fraley. "I don't think I would have made it through."

For the last 23 years, Fraley has been facing congestive heart failure.

His medicine stopped working last year, so on November 11, 2020, he was admitted to Emory University Hospital.

"It wasn't a surprise when my health started going down," said Fraley.

He sorted through his emotions by drawing and writing.

Friends like Lisa Shinholster and Mike Couch have been caring for him for the last seven months, raising funds to help Fraley qualify for his transplant surgeries, and even calling him routinely to keep him company in the hospital during the pandemic.

They tell me they did it because they love him.

"We're blessed beyond measure that he is able to continue to pastor, take care of his family, continue to serve in the community, at the level or at the greater level than he did before," said Shinholster.

"There's so much in this community that Tony has influenced, his gentle hand can help us with. It's just good to see him back here, bottom line," Couch said.

Fraley says it's nice to have people you can rely on.

"To have friends that put so much thought into an old boy like me, means a lot. I don't know how I can repay them," said Fraley.

Fraley is now recovering at his home, in Milledgeville. He turns 61 years old next month.

He was on the transplant list for almost four months.

He wants to soon publish his journey and help advocate for folks to become organ donors.

Fraley said he does not know the organ donor's family.

"The same man that went to Emory, is not the same man that's coming back from Emory, because this has truly been a transformational experience. If you know who God is, and understand that someone had to give up their life and a family is dealing with that loss, you can't live life the same way," Shinholster said.

Fraley is the pastor at Vaughn Chapel Baptist Church in Milledgeville.