'It's amazing': Christion Abercrombie honored with his own day after miraculous recovery 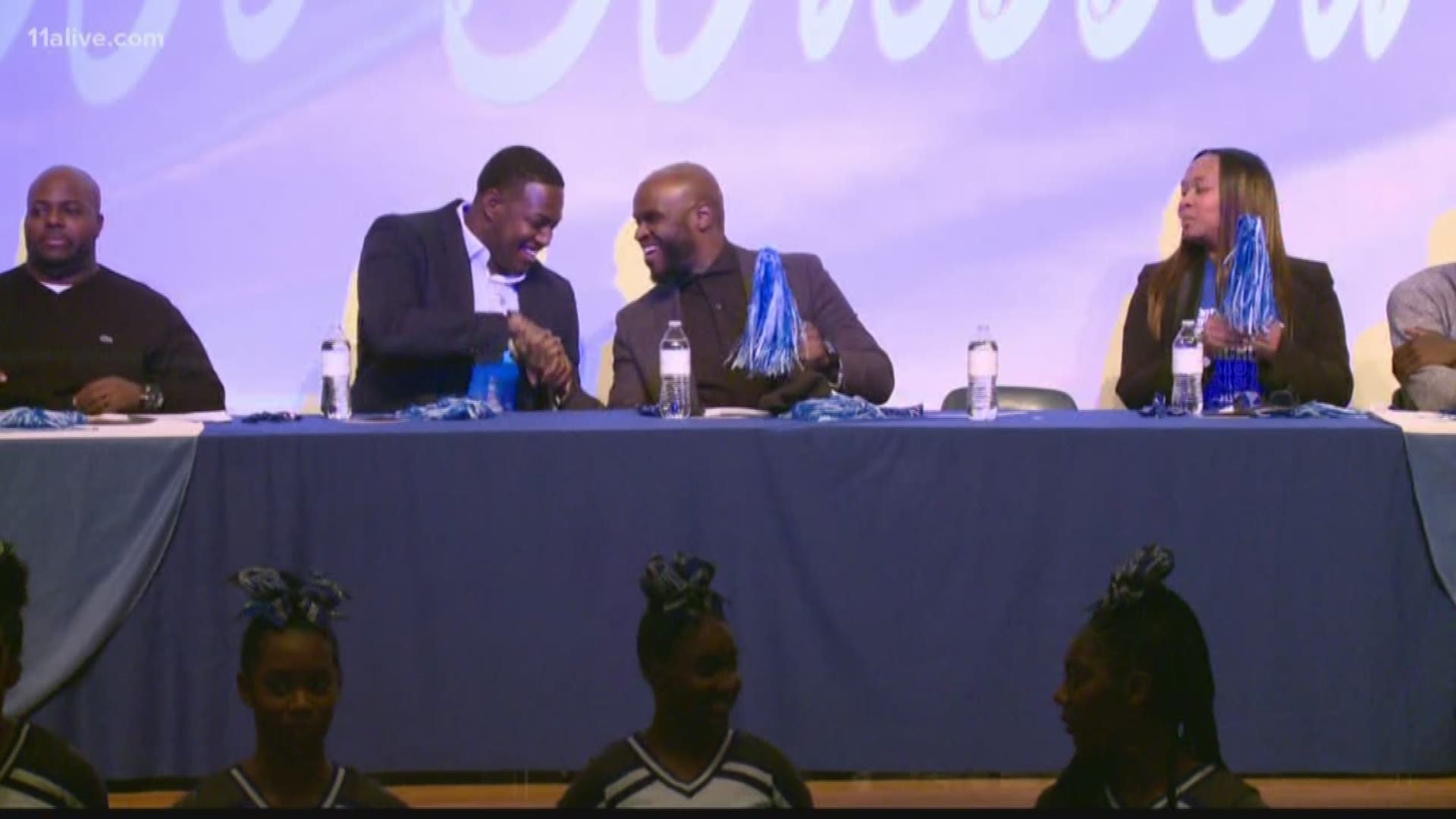 The Tennessee State University football player was hurt during a game against Vanderbilt University last year. Tragedy struck sometime in the second quarter and he suffered a head trauma that nearly took his life.

But since that September 2018 day, Abercrombie has made so many strides. A ceremony was held on Thursday at Westlake, his former high school, to salute his greatness.

"It's amazing like...Oh! I'm lost for words," Abercrombie said. "I can't believe I have my own day in the county I grew up in."

He was surrounded by his friends and loved ones as the City of South Fulton celebrated Christion Abercrombie Day.

"This is a city we both grew up in," his mother, Staci Abercrombie said. "We're from Atlanta and it was annexed two years ago."

She said the day is very special to everyone in the city.

Abercrombie and his mother recalled a moment that happened a year ago when he was honored at his former high school. They said before walking inside, he fell.

"We tried to cover it up because we wanted him to be strong," his mother said. "And to see where he's come from just a year ago is very amazing and is just a miracle."

"I remember my brother telling me, 'wave your hand at them', because it was like, I didn't know anybody was in there," he said. He said it's a blessing to see how far he as come.

Abercrombie is taking classes online from TSU, majoring in sports management. He hopes to return to campus one day. He also wants to get back on the field. He doesn't know a life without football. He started playing at the early age of 5.