In a city known for protests, the "CARfew" stands out as one-of-a-kind. 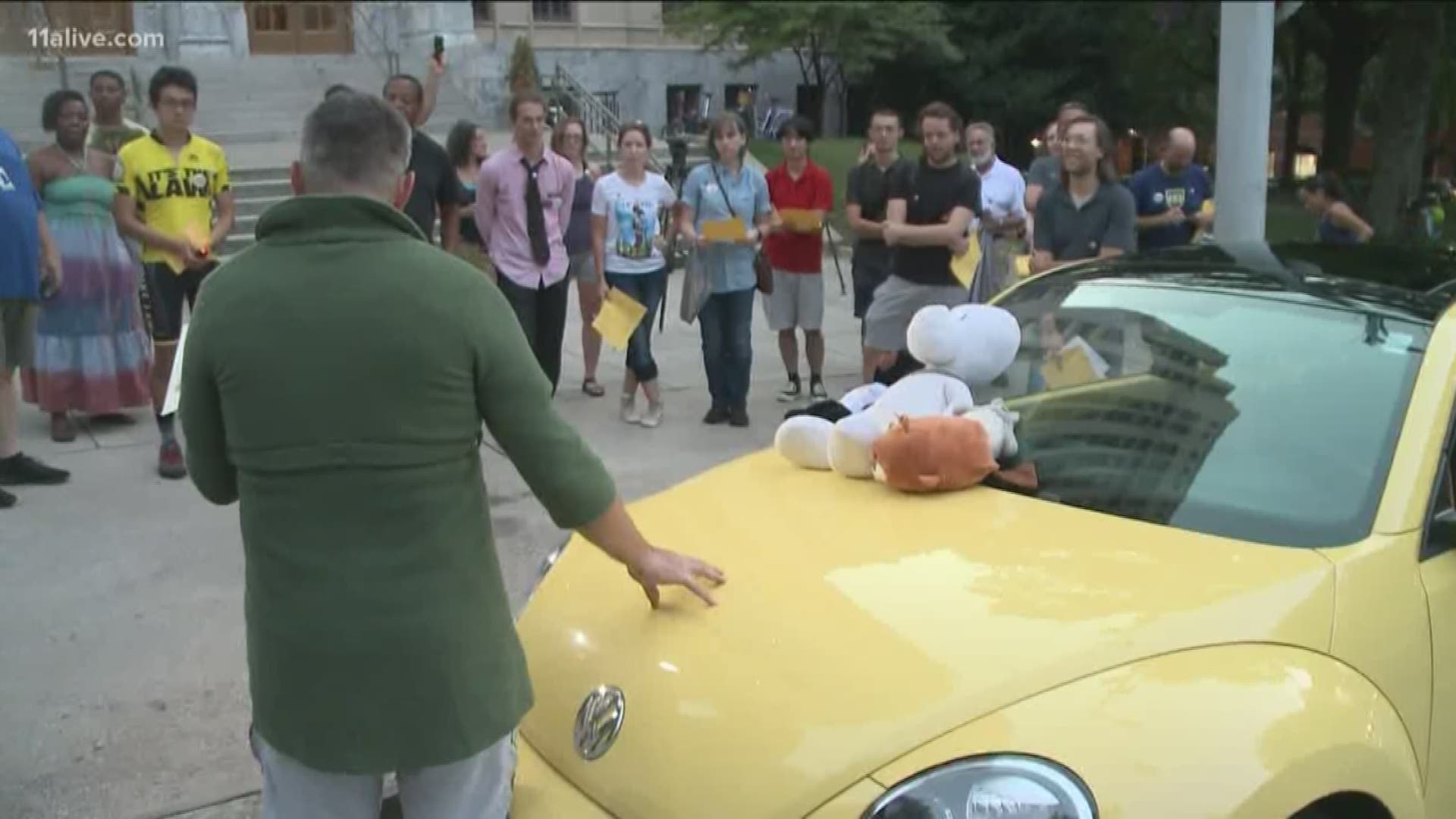 "Putting bikes, scooters and cars all together in the street - we've already proven it doesn't work," said Maria Borowik with Bike Law Georgia.

In a city known for protests, the "Carfew" protest stood out.

An intimate group staged a demonstration - complete with a bedtime story, stuffed animals and blankets. They put a Volkswagen Beetle "to bed" in hopes of symbolizing the changes they'd like to see.

"We'd like the Mayor and the city's outdated transportation policies and infrastructure to be put to bed, as well," said Niklas Vollmer, an activist who helped organize the protest.

The protest was part tongue-in-cheek and part tragedy. After the satirical bedtime story, a moment of silence was held as the names of those killed in e-scooter, bike and pedestrian accidents were read aloud.

Credit: WXIA
Activists hold a "carfew" demonstration, in which they tucked in a VW Beetle and read it a bedtime story to call for what they called outdated transportation policies to be put "to bed." The demonstration comes on the heels of a city-wide curfew for e-scooters, after four fatalities involving the dockless devices.

The name "Carfew" came in response to city's recent curfew on e-scooters and e-bikes. From 9:00 p.m. to 4:00 a.m., the electric rides won't work in the city of Atlanta.

"It's definitely not just about scooters. It's about making the streets safer for all the users - that's pedestrians, people in wheelchairs, people riding scooters and bicycles and cars," Borowik said.

"We're asking the city to slow the speed down on the streets to 25 miles per hour - to build complete streets that are safe for all," Vollmer said.

Representatives from the Mayor's office couldn't be reached for comment Tuesday night. When the Mayor first announced the e-scooter curfew, Mayor Bottoms said it was only the first step in an overall transportation plan.

"This nighttime ban, while we continue to develop further long-term measures, will ensure the safest street conditions for scooter riders, motorists, cyclists, those in wheelchairs and pedestrians," Bottoms said in a statement.