The Braves were marked for certain defeat against the Yankees, once the ball jumped off Aaron Hicks' bat in the 10th inning. However, the baseball gods had a different plan in mind. 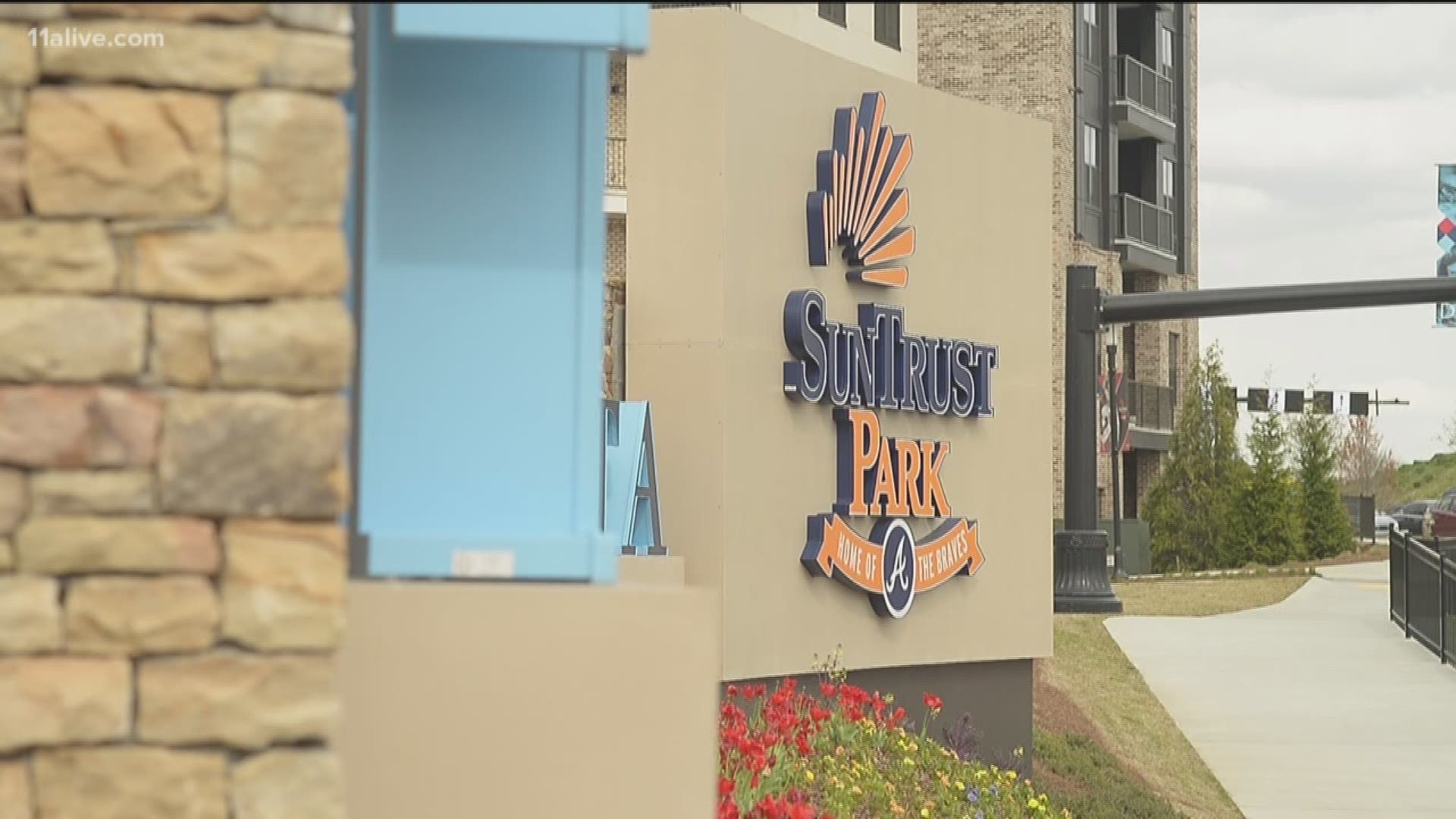 Sometimes, it's better to be lucky than good.

On Monday night, the Atlanta Braves were marked for certain defeat against the Yankees, once the ball jumped off New York outfielder Aaron Hicks' bat in the 10th inning.

With one out and one runner on, Hicks' indefensible double down the right-field line would surely be enough for Didi Gregorius to score from first base and break a 3-all tie.

Especially with Atlanta's Charlie Culberson dealing with that treacherous corner of Yankee Stadium for the first time ever.

But somehow, some way, despite playing in enemy territory, the baseball gods smiled upon the Braves, subtly pushing Hicks' slicing line drive into the stands after the first bounce in fair territory. In other words, instead of Gregorius reaching home with ease, a ground-rule double would force him and Hicks to settle for being in scoring position.

Unfortunately for the Yankees, that fleeting moment of jubilation would quickly be replaced by loathing and losing. In fact, check out Hicks' face after the ball caromed into the stands. It was a priceless expression.

“The big leagues haven’t fazed him a bit and I think he knows that he belongs here.”

A missed opportunity in the 10th, with Greg Bird and Austin Romine striking out with the bases loaded (against reliever Jesse Biddle), would devolve into failure in the 11th ... after Braves rookie Ronald Acuna Jr. produced the game-clinching homer—a two-run shot which barely escaped the grasp of Aaron Judge at the right-field wall.

The final tally: A 5-3 win for Atlanta, as it improved to 4-0 on the season's most important road swing (St. Louis, New York, Milwaukee). For good measure, the first-place Braves (49-34) also extended their National League East lead to 3 1/2 games (over the idle Phillies).

Back to Acuna: On any other day, his seeing-eye homer would have been the signature memory from a momentous game. Instead, it merely serves as a cool backup note to Hicks' bad-luck bounce from the previous inning. 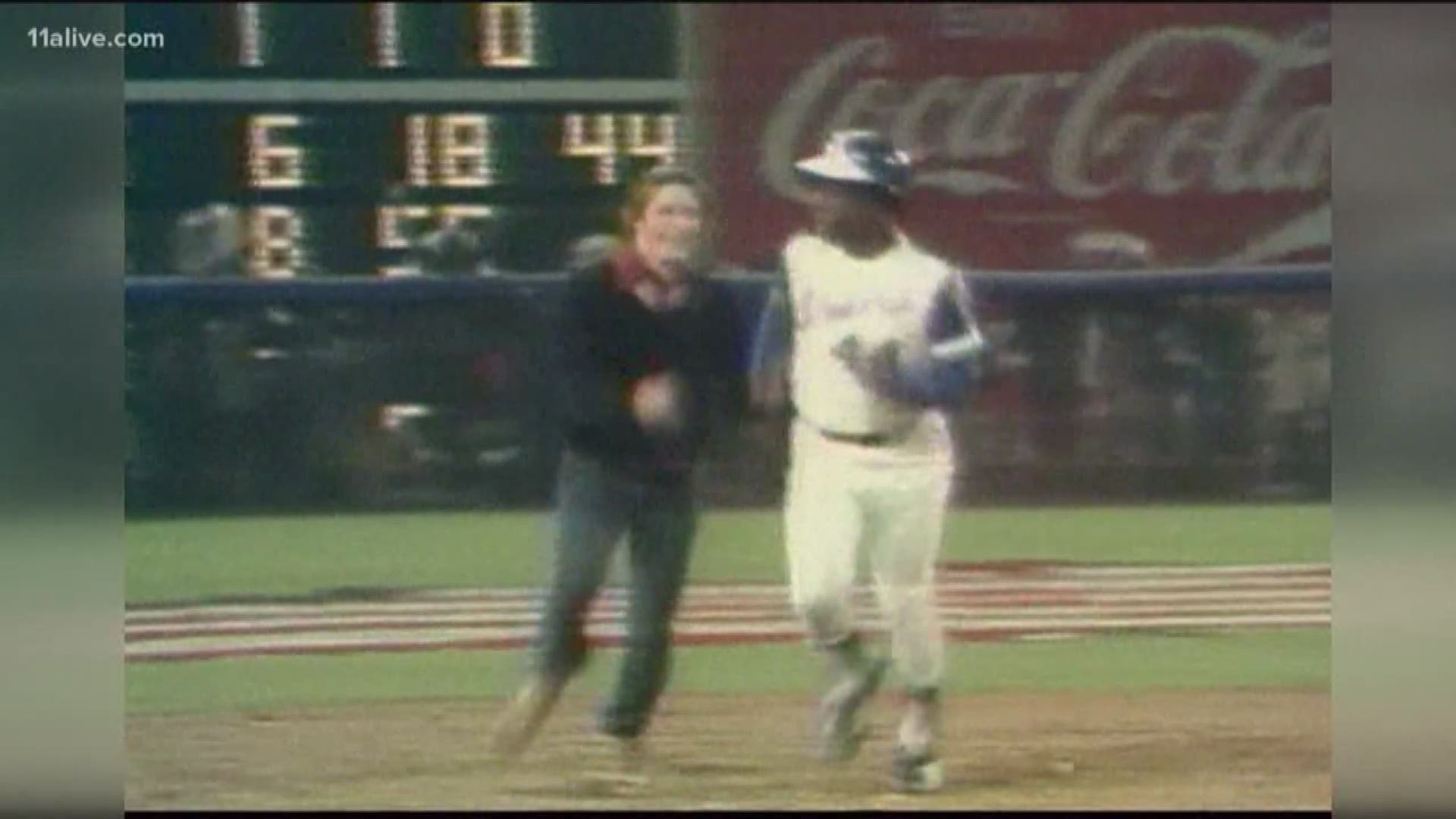 However, don't let that minimize the long-term benefits of Acuna's accomplishment. It was a major confidence boost. The kid previously had six homers for the season (through Sunday), but none of 'em can compete with the timing of Monday's blast.

With a 1-2 count, Acuna fouled off a pair of well-crafted strikes from Yankees reliever David Robertson, before settling in for his golden moment; and Robertson accommodated this readiness, by hanging a room-service breaking pitch over the plate.

Acuna certainly didn't connect fully on the pitch, but he did negotiate enough time to get full extension with his arms, creating more lift on the ball. And he would need every bit of launch angle from the swing, for the 6-foot-7 Judge seemingly had a beat on the ball at the wall.

However, the ball kept carrying, and Judge slightly mis-timed his leap. End of story.

The Braves might not have felt so lucky during the middle innings. After grabbing a 3-2 lead in the 4th (thanks to back-to-back RBI doubles from Kurt Suzuki and Acuna), Atlanta quickly ceded its advantage back to New York, the result of Anibal Sanchez yielding a hit, walk, walk and hit over four consecutive batters.

By then, Gregorius only needed a sacrifice fly to knot the score at 3; and the rest of the game would be placed into the hands of the temperamental Braves bullpen, which entered Monday's outing with a 4.28 ERA.

Changing the narrative, the relievers were a definite strong suit for Atlanta. Sam Freeman, David Winkler and A.J. Minter (fourth save of the season) surrendered just one hit altogether; and even though Biddle gave up three crucial hits during his two innings of service, he still won the night by dismantling Bird and Romine with bases-loaded strikeouts.

Put it all together, and maybe the Braves have the right stuff for this monster road swing. Four days ago, a 5-5 record would have been satisfactory.

This hypothetical perfectly aligns with the Braves' season of expectations. Back in March, Atlanta fans might have privately wished for 81-83 wins.

But now, the division title's clearly there for the taking. Might as well dream about a World Series berth too, since the Brewers, Diamondbacks, Dodgers, Cubs and Phillies, as presently constituted, aren't keeping anyone up late at night.