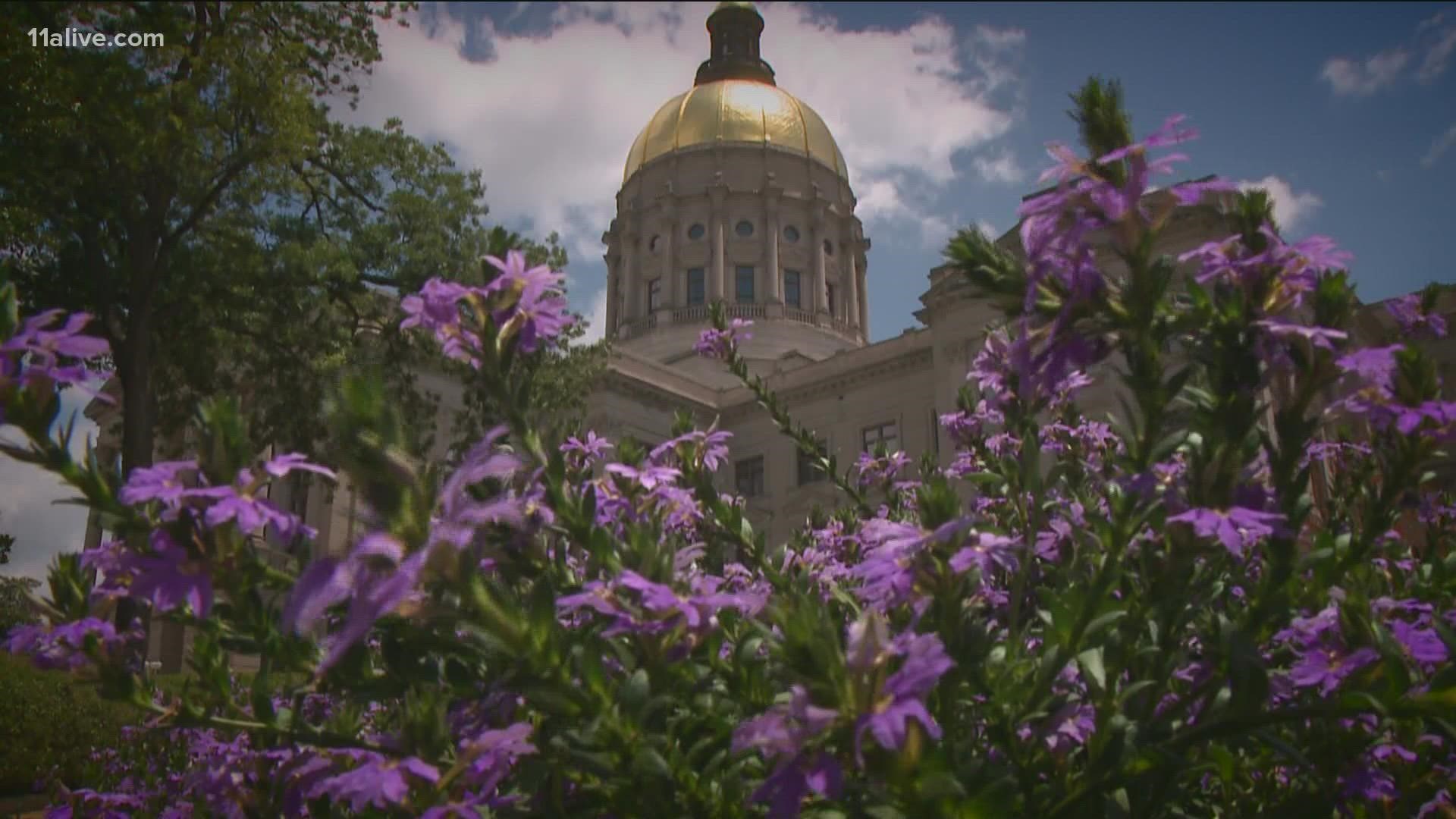 ATLANTA — Georgia's controversial heartbeat law is under scrutiny. It was passed in 2019, but a federal judge struck it down, calling it unconstitutional.

On Friday, the 11th US Circuit Court of Appeals heard oral arguments in the case of Sister Song Women of Color Reproductive Justice Collective, et al. v. Governor of the State of Georgia, et al., Appellants.

The reproductive rights group for women of color argues the heartbeat law goes too far in limiting abortions. Georgia's law bans abortions in most cases after a fetal heartbeat is detected, typically around six weeks.

But, it could take a while to sort out the future of Georgia's abortion law. While the appeals court did not hand down a decision Friday, the judges indicated they would wait on a Supreme Court ruling in Mississippi, which could give them direction in Georgia's instance. Dobbs v. Jackson Women's Health Organization aims to restrict abortion after 15 weeks.

Legal analyst Page Pate said the ruling has the potential to overturn nearly 50 years of precedent in the decision stemming from Roe v. Wade.

“The Supreme Court could also take several months to issue an opinion," Pate said. "This case here in Atlanta could be pending for another several months, even up to a year. If the Supreme Court guts or changes the scope of Roe to say a state can impose not just regulations, but complete bans on abortion, as soon as six weeks or detection of a fetal heartbeat, that would be a dramatic change in constitutional law.”

RELATED: Judges signal intent to wait on Supreme Court, but indicate some of Georgia abortion law could stand

Sean Young, the legal director with the ACLU of Georgia, said the Supreme Court did not overturn Roe when allowing a Texas law, banning abortions after six weeks in most cases, to stay in place.

"The Supreme Court precedent has been clear that you can’t redefine what it means to be a person for the purposes of banning abortions and violating fundamental rights," Young said. “This is ultimately about letting her decide, letting women make their own healthcare decisions, and letting women and couples decide when to start or how to expand a family.”

However, Emily Matson, chairwoman of Georgia Life Alliance, believes the viability standard for abortions is outdated. She argues Roe v. Wade should be updated due to the easier accessibility of more modern technology.

"We have a better picture inside the womb, the child is more likely to survive at an earlier state than back in 1973," Matson said. "I think the humanity of the unborn child is greater. What we’re seeing is a more modern engagement between the right of a woman to terminate that pregnancy and the right of that child to live.”

“Everything has changed," Joshua Edmonds, executive director of Georgia Life Alliance, said in a statement. "It was abundantly clear in today’s oral arguments that the 11th Circuit believes Georgia’s personhood definitions and provisions for a preborn child tax deduction and child support payments for a child in the womb are constitutional. The abortion proponents’ own attorney even agreed that Roe v. Wade is no longer a matter of settled law. Georgia’s ability to enforce the remainder of the Heartbeat Bill hinges on the Supreme Court’s decision in the Dobbs next June. Georgia is continuing to lead the nation in demonstrating that life is valuable, both in and out of the womb, in every circumstance.”

Another pro-life group, Georgia Right to Life, issued this statement in response to the Circuit Court hearing oral arguments on the Georgia heartbeat law:

"Our mission is to protect human life regardless of age or manner of conception. Regardless of the ruling, in this case, the ultimate solution to ending abortion in Georgia is passing a Personhood amendment to the state constitution that can’t be challenged. That can happen when Roe is overturned, and states are allowed to protect the most vulnerable among us."

The Supreme Court is set to hear oral arguments on the Mississippi case December 1, after which it could take several months to make a ruling. In the meantime, the Georgia abortion law remains blocked.