After coronavirus and looting, College Football Hall of Fame to reopen in July with new HBCU exhibit

The facility had been closed due to the coronavirus pandemic and looting during protests downtown. 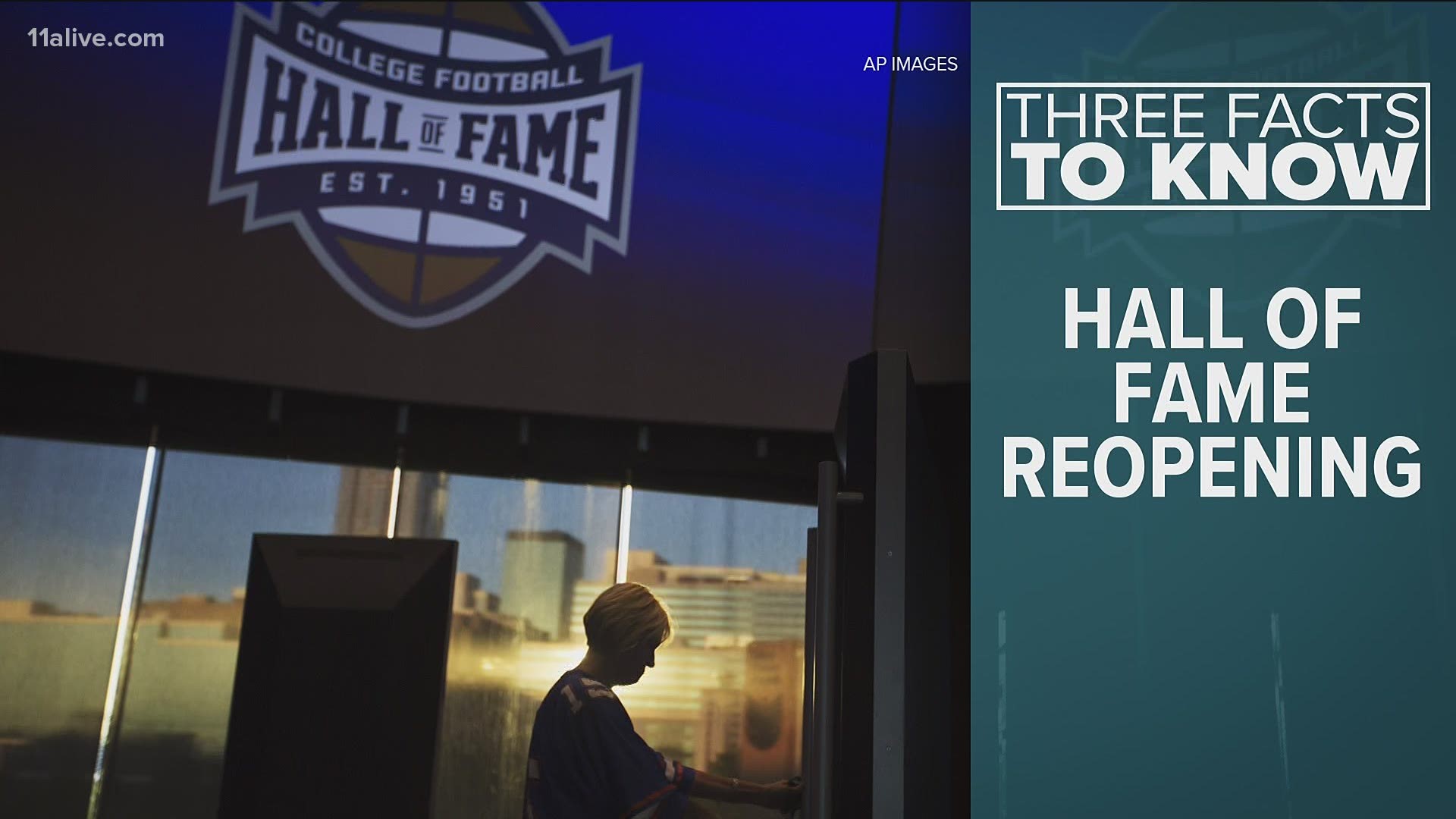 ATLANTA — The Chick-fil-A College Football Hall of Fame in downtown Atlanta plans to reopen July 1 with a new exhibit featuring historically black colleges and universities, they announced on Wednesday.

The museum closed in mid-March because of the coronavirus pandemic. The reopening was delayed after the facility sustained damage in riots that erupted the night of May 29 over the death of George Floyd. The glass facade was shattered and merchandise was stolen from the street-front gift shop, but no exhibits or artifacts were damaged.

The new HBCU exhibit will focus on their history, traditions and Hall of Fame players and coaches. There will also be a special section dedicated to Georgia’s HBCUs, the Celebration Bowl and kick-off games between the Mid-Eastern Athletic Conference and Southwestern Athletic Conference. The museum is also planning a second exhibit that will open next year during black history month.

The hall of fame also plans new safety protocols in accordance with state and federal guidelines, including rigorous cleaning procedures, temperature checks for staff and guests, masks and additional hand sanitizing station throughout the museum.