The police department shared the K-9 officer's bodycam video to show their side of what happened. 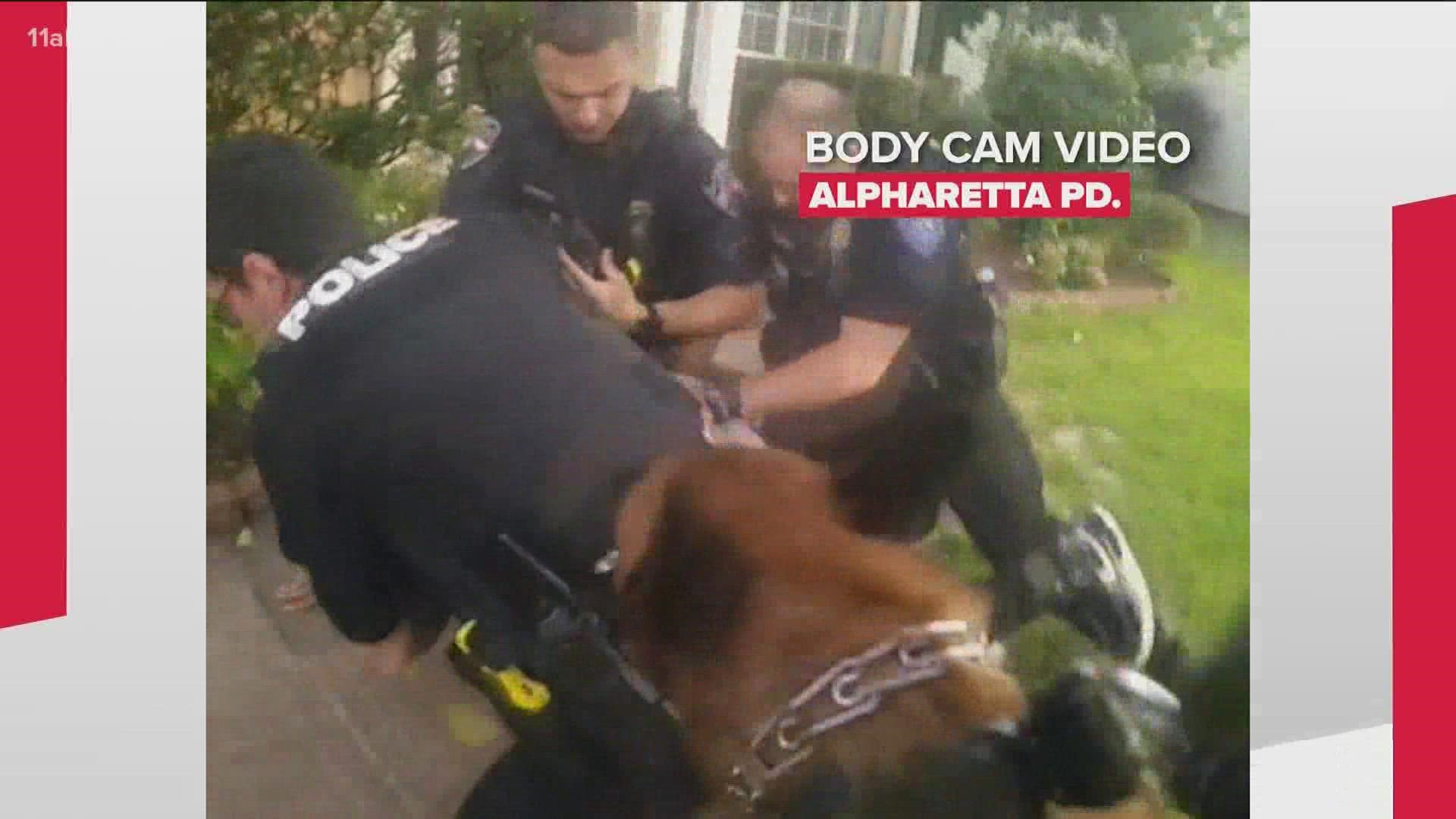 The police department shared the K-9 officer's bodycam video to show their side of what happened. The family is demanding an investigation.

Last Sunday, Alpharetta Police were dispatched to Lunetta Lane on a domestic disturbance call. Officer M.J. Esposito and his K-9, Ares, got to the scene first. According to the police report, a woman said her husband, Travis Moya, was home acting strange.

The report said "he was pacing back and forth in the house and grunting" and that he went outside and hit the house his car. Officers claim the man became verbally and physically aggressive towards them and they struggled to get him to the ground.

The officer brought over his K-9 and it latched onto the man's left arm.

Officer JJ. Frudden justified their actions in his report saying, the man "landed in a push-up position and continued to not put his hands behind his back." The report said Esposito  released K-9 Ares and he latched on the man's left upper arm. The report claimed that after several attempts, they were eventually able to get the man  to comply.

He was charged with felony obstruction for allegedly not complying with the officer's commands. Moya's attorney is asking for the charges to be dismissed.