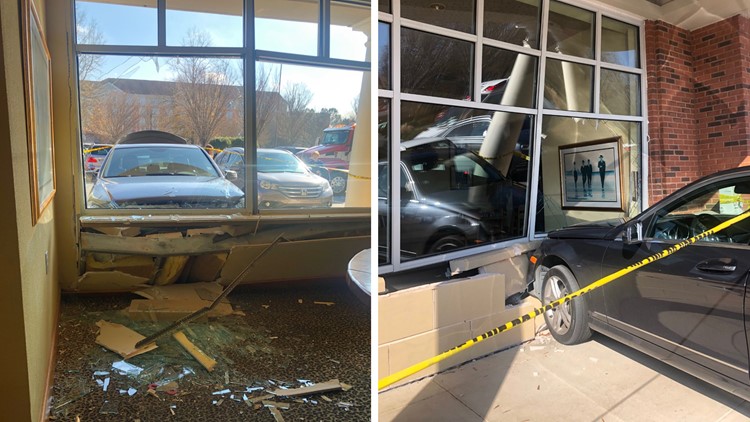 'Minor fender-bender' sends car into the side of J. Christopher's in Alpharetta

ALPHARETTA, Ga. — Diners at a popular Atlanta-area eatery experienced a "scary situation," Sunday, after a car crashed into the side of the restaurant.

Fortunately, no one was seriously hurt.

Alpharetta Police said they responded to the J. Christopher's at Windward Plaza, Sunday, for the "minor fender-bender" in the parking lot. According to the department, a driver accidentally pressed the accelerator in the car, sending it through the side of the building.

Police shared images of the accident, which showed the concrete facade smashed in at the point of impact, and shattered glass strewn below the bent framing of the window.

The department said there were some minor injuries from customers inside, but they were treated and released by EMS at the scene.

There was no indication of if any charges would be filed for the case.

Photos: Car goes into the side of J. Christopher's in Alpharetta 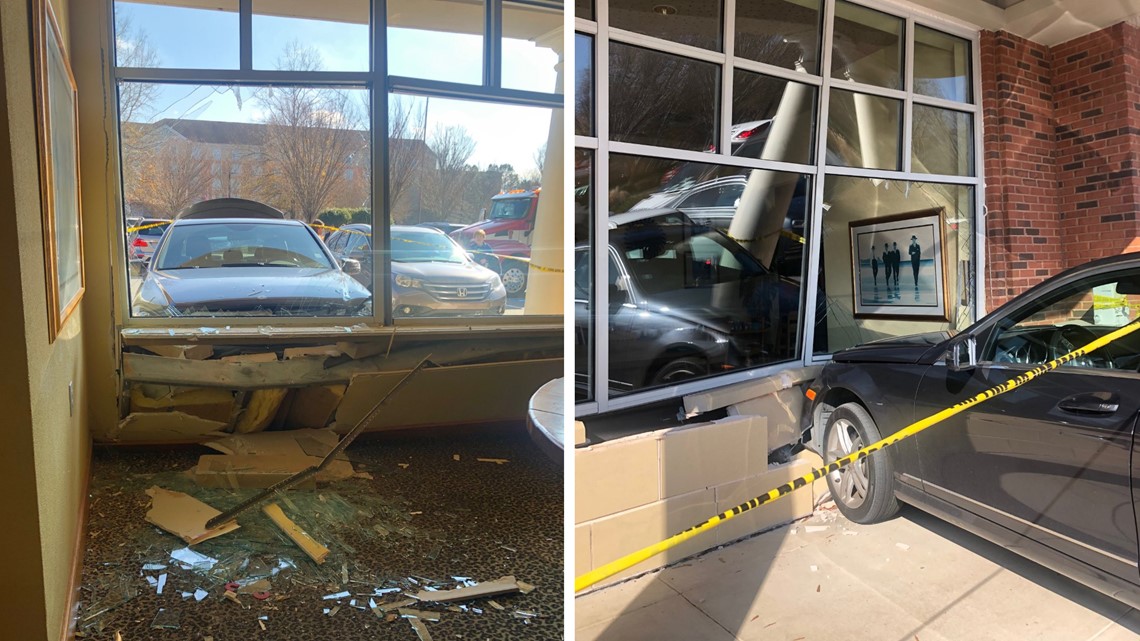 Car crashes into side of Sugarloaf Mills Mall