'Her life was stolen from her children': Online fundraiser set up for woman killed at Alpharetta bank

The GoFundMe page was started to help pay for her funeral. 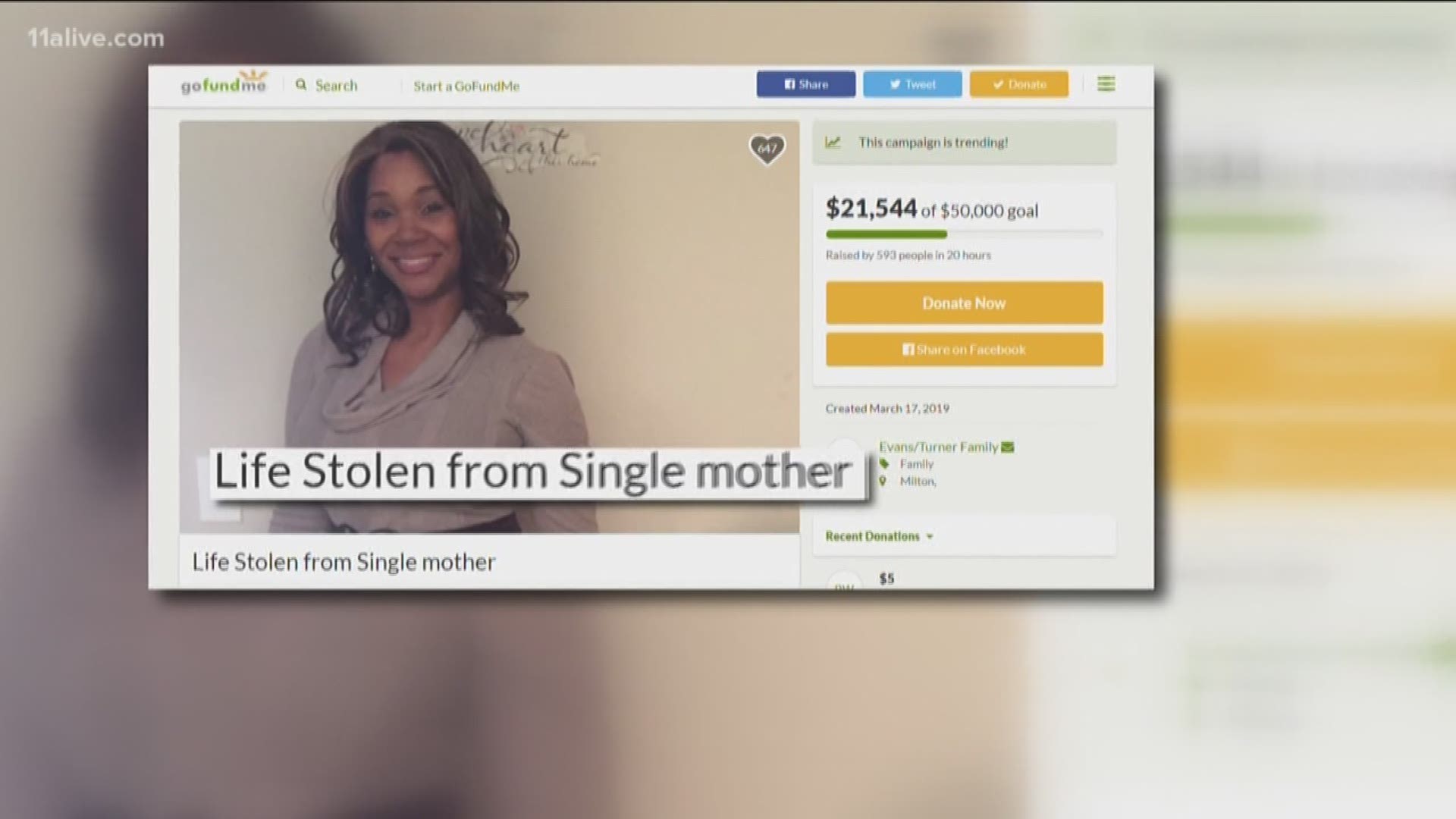 ALPHARETTA, Ga. — The family of a single mother who was killed in a parking lot of an Alpharetta bank over the weekend is raising money for her funeral.

On Saturday, Alpharetta police were called to the Wells Fargo at the corner of North Main and Academy streets for a shooting. When they arrived, 45-year-old Tynesha Evans was lying in the parking lot. She was rushed to the hospital, but she didn't survive.

Also in the parking lot was 58-year-old Othniel Inniss. Police said an armed witness who was driving by the bank heard the shot and got out to help - ultimately confronting Inniss and ordering him to drop his weapon.

Police said that the victim and the suspect were in an "on-again, off-again relationship" and said that it "sadly ended in senseless violence during an argument."

Her family is raising money for burial expenses with an online fundraising campaign.

"Tynesha Evans was a single mother of four children, two of them minors," the GoFundMe page reads. " She was an author, mother, visionary and she worked for Ciox Health. Her life was stolen from her children around 11:40 am on March 16th by a heartless person."

The post said Evans was getting money out of the ATM when the shooting occurred.

Photos on the GoFundMe page show Evans smiling and happy.

The page has been flooded with comments from others sending well wishes, keeping the Evans family in their thoughts and prayers.

As for the suspect, Inniss is facing charges of murder and aggravated assault with a firearm. His initial court appearance was scheduled for Tuesday at 11 a.m., but he waived it. He will be back in court April 2 at 9:30 a.m. A judge denied him bond.

The beauty queen murder case: Who is Bo Dukes?