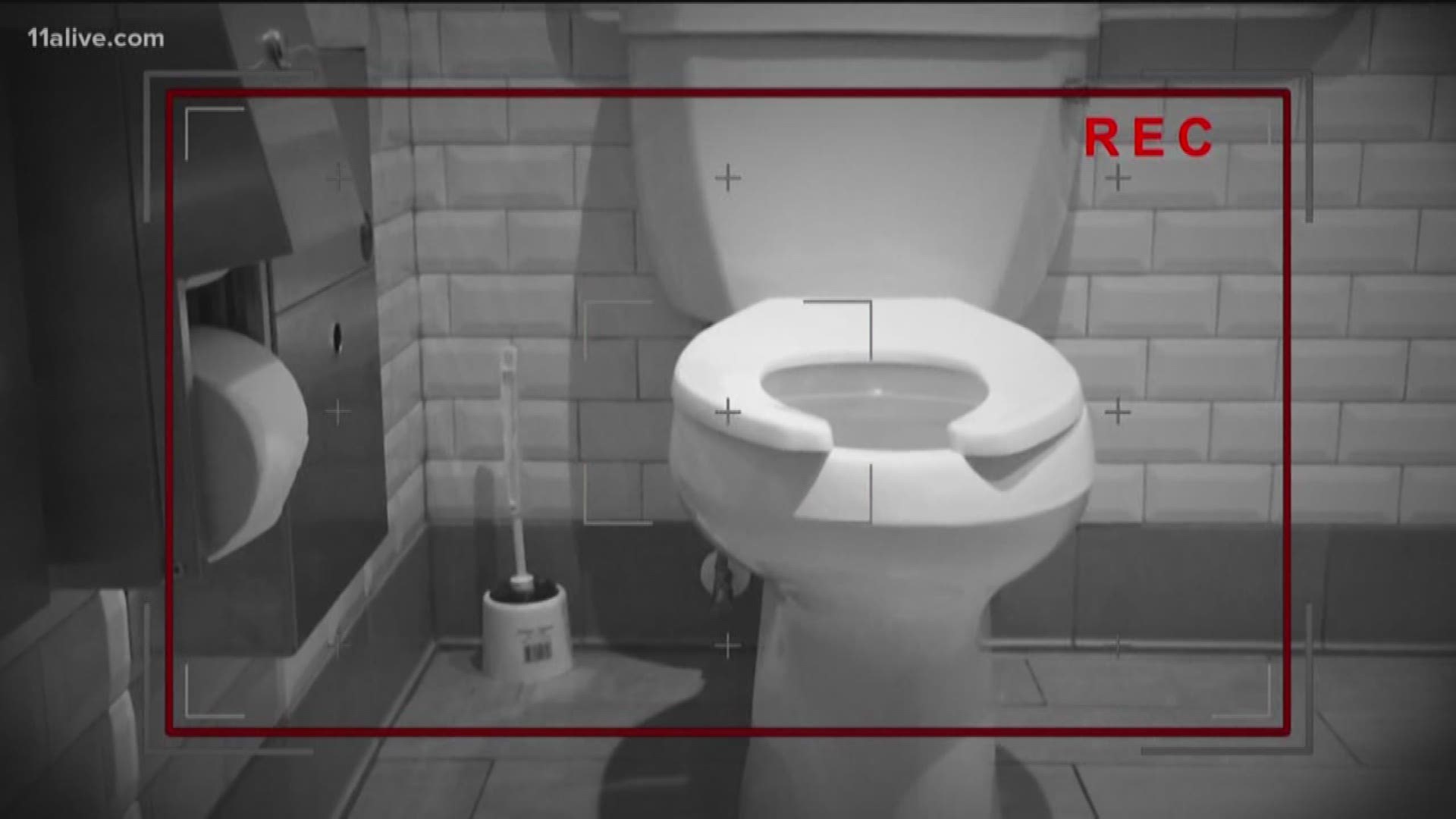 ALPHARETTA, Ga. -- Police say a second camera has been found in a Starbucks bathroom in Alpharetta - just weeks after a woman found another at the same store.

The Alpharetta Department of Public Safety returned to the coffee shop on Old Milton Parkway, Thursday, after a "video recording device" was found in the restroom by an employee. Detectives collected the device as part of their investigation.

It's the second camera found at the store in less than a month. On April 18, police were called to the same store after a customer found the camera while in the restroom.

Police said she noticed the object under a baby changing station directly in front of the toilet.

She got closer and noticed a small camera and battery pack taped inside the stall. The woman pulled the camera away and immediately told the store manager.

Police arrived a short time later. Though the device is at the same store, police did not mention in their statement whether the incidents are actually related.