The goal is to have the nearly 700,000-sq.ft. facility up and running in time for the 2020 holiday shopping season. 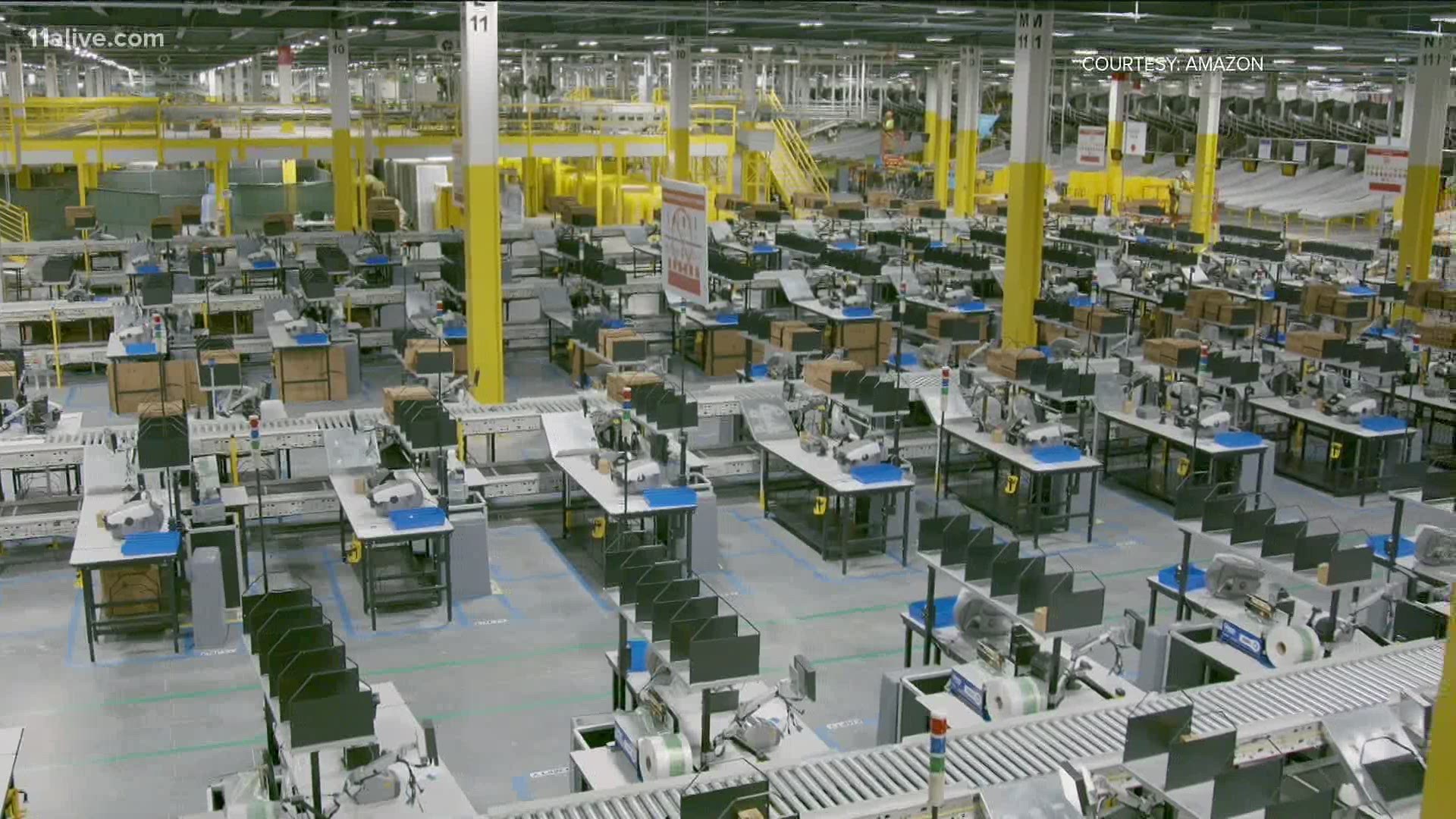 GWINNETT COUNTY, Ga. — While some major corporations' workforces are shrinking because of the pandemic, one major company is adding a thousand new jobs here in Atlanta.

Hiring is already underway at the massive Amazon fulfillment center in Gwinnett County. The goal is to have the nearly 700,000-sq.ft. facility up and running in time for the 2020 holiday shopping season.

"I can't thank Amazon enough for the investments that they've been making in our state," Gov. Brian Kemp stated during an announcement about the facility Tuesday.

The state has seen thousands of people laid off and furloughed because of the pandemic, with record unemployment claims. Right now, the state's unemployment rate sits at at 7.6% - compared the record-low 3.1% in February.

But Kemp said the state's efforts to attract and create of new jobs is up from last year.

"We've supported the creation of 24,133 new jobs through 350 projects, which is a four percent increase from 2019," he announced, offering the new Amazon fulfillment center as one example.

"We can get individuals trained and equipped from all different backgrounds and walks of life," added Rob Packett, the regional director of operations.

Amazon is now advertising jobs at the new facility with a starting pay of at least $15 per hour and benefits beginning on day one.

One feature of the facility - warehouse employees working alongside robots that are used to increase efficiency.

"As we bring our product in, we stow them into what we call pods, which are basically mobile shelving units, that the robotics pick up those units and bring them to our associates," Packett explained.

In addition to the 1,000 jobs added in Gwinnett, Amazon also announced 500 new jobs at its existing fulfillment center in Newnan by the end of the year, and 800 new jobs in Appling, Georgia - near Augusta - by the end of 2021.