Welcome to the south, y'all! 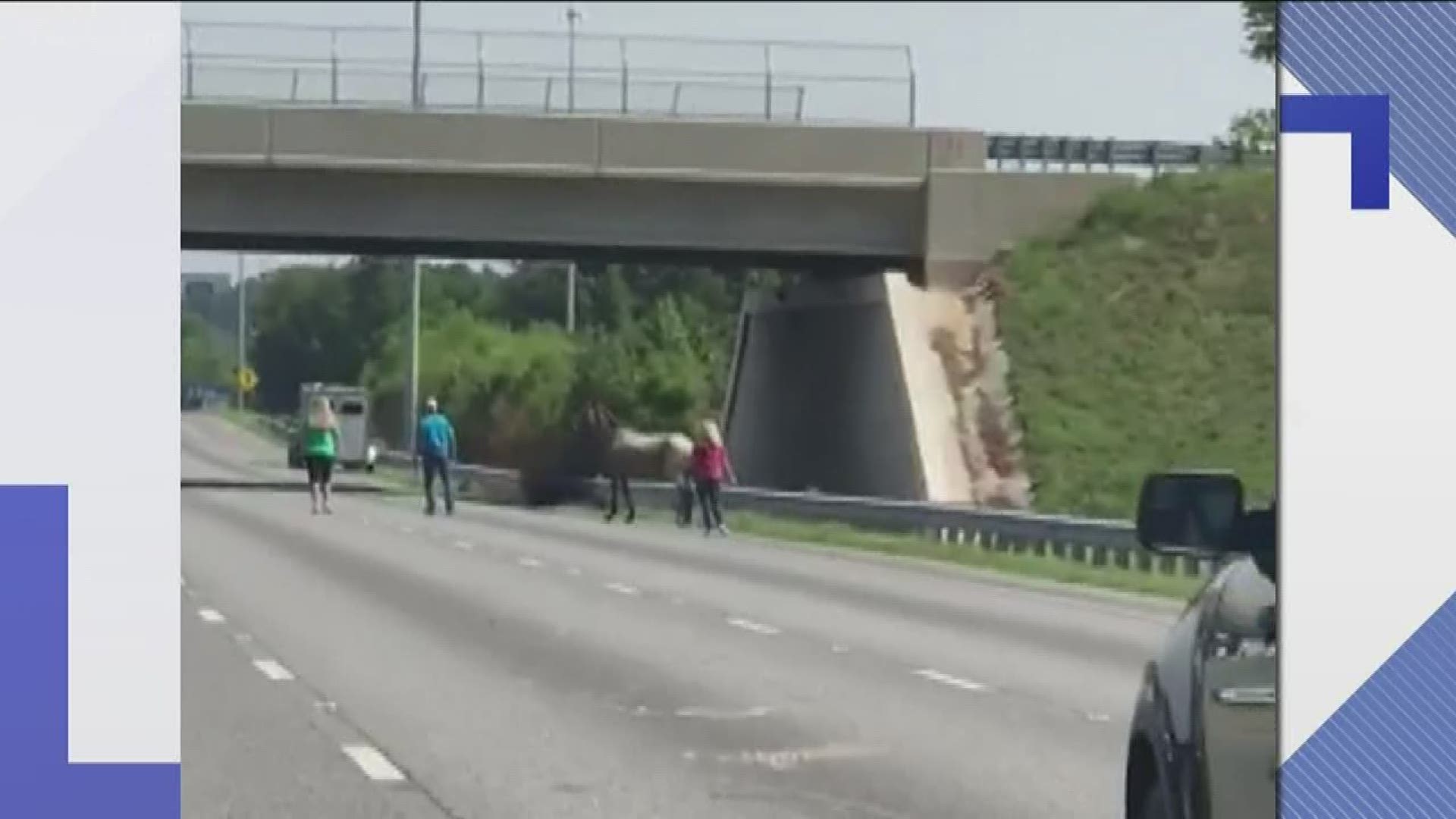 CALHOUN, Ga. — Parts of I-75 near Calhoun felt like a rodeo, Sunday after a runaway horse escaped its trailer.

The Georgia State Patrol told 11Alive the trailer was traveling south on the Interstate when the horse somehow escaped.

11Alive viewer Heather Lally sent us videos of the meandering horse on Facebook.

Photos: Horse escapes trailer on I-75 near Calhoun

The owners tried to catch it, but the horse kept trotting away into the northbound lanes. Unsurprisingly, it caused backups on both sides of the interstate.

GSP helped the owner corral the horse back into its trailer so they could be on their way.