Officer Duc Vo is still recovering from his injuries. 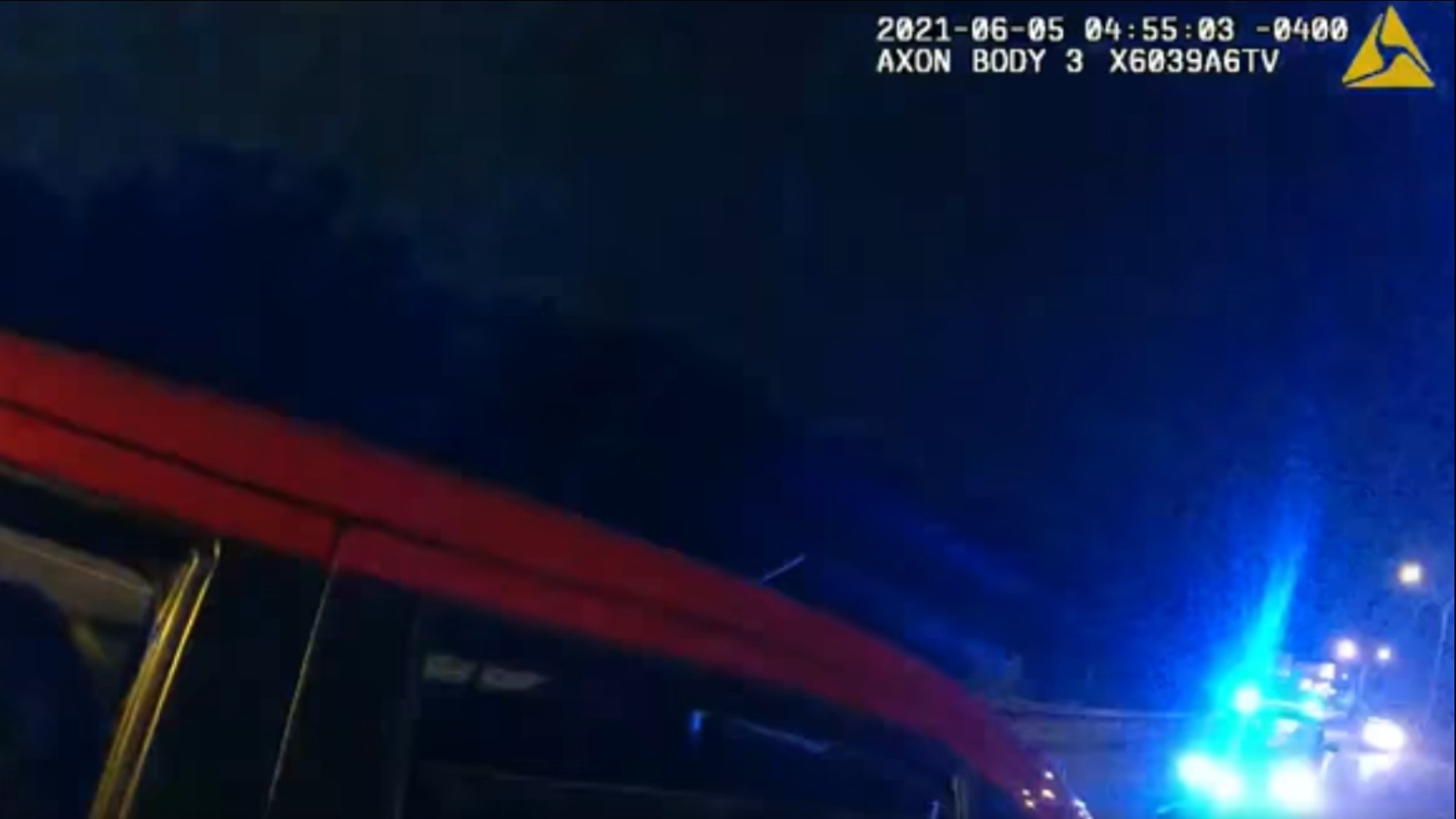 ATLANTA — A scary moment captured on an Atlanta Police officer's body camera shows why it's important for Georgia drivers to "Move Over" on Atlanta's busy highways.

APD said on May 5, Officer Duc Vo responded to a call after a car broke down on Interstate 20 near the Joesph E. Lowery Blvd. exit.

Officer Vo parked his patrol car behind the stranded car and activated his emergency lights. He stepped out of his car and began walking toward the car that was broken down. As Officer Vo approached the car, another car plowed into the back of him and his patrol car at a high speed causing serious injuries and severe damage.

EMS took Vo to the hospital to be treated for his injuries.

The driver who rammed into the officer had been drinking, according to Atlanta Police. She was arrested and charged with a DUI and reckless driving.

APD said months later, Vo is still recovering from his injuries. On Oct. 20, they released video on social media of the crash.

After looking at Vo's body camera video and the severe damage his patrol car sustained, APD said they're grateful that Officer Vo is alive.

"This clearly could have had a different outcome," APD wrote in a Facebook post. "This incident is a reminder of what can happen during an officer’s shift and the dangers they endure that are rarely acknowledged or discussed."

Vo received a Purple Heart award for his service.

"We extend our appreciation to all the men and women who put it all on the line each day to keep our communities safe," APD wrote.

Georgia's Move Over Law states that drivers must move over one lane when emergency vehicles are stopped on the side of the road. To read more about the law, click here.