The rescue was captured on Officer Jimmy Cenescar's body camera. 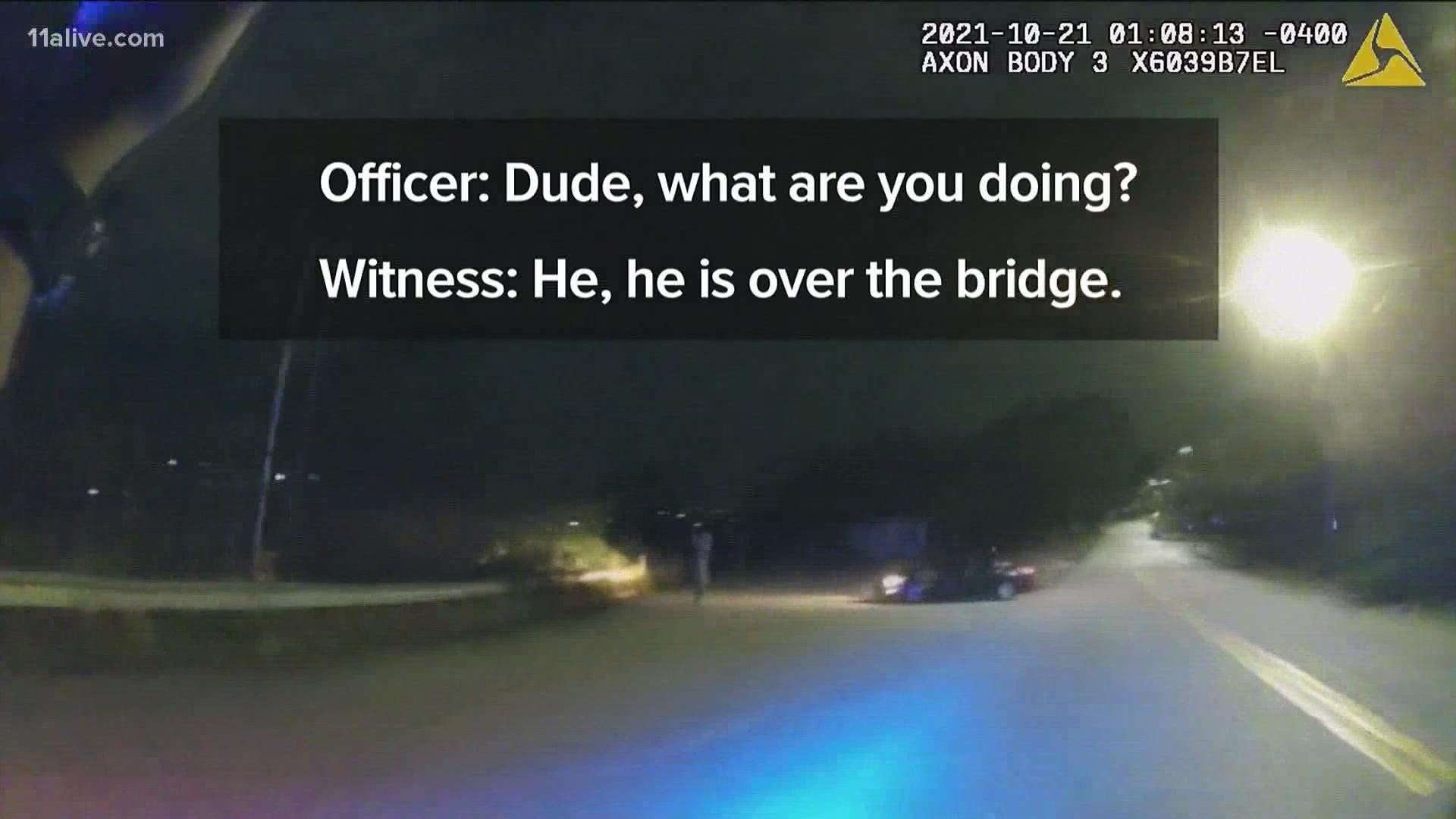 ATLANTA — Without hesitation, an Atlanta Police officer put his own safety on the line when he crashed his patrol car into a gate to save another driver whose vehicle went off a bridge.

The rescue was captured on Officer Jimmy Cenescar's body camera.

APD said Cenescar was called to an accident around 1 a.m. on Oct. 21 in northwest Atlanta on Marietta Road and Thomas Street. When he arrived at the scene, a witness flagged him down and frantically explained the situation.

People could be heard screaming in the background in the video.

"He's over the bridge," the witness yelled.

The car had driven off the bridge and landed about 50-feet below, according to APD. Cenescar said he knew he had to act quickly because he knew there were train tracks underneath the bridge.

"So, I notified my supervisor," he said. "The only way I could get to the driver is by breaking through a gate."

In the video, you hear Cenescar asking his supervisor for permission to break the gate with his car. Video shows him ramming through the gate a few times. Finally-- the gate breaks.

"Upon pulling up, it's very chaotic," he said. "The gentlemen is flagging me down and in the background, and I hear several ladies yelling, asking for help, screaming for help. So it was a very chaotic scene."

He gets to the crashed car and immediately steps in to help. In the video, someone tells the officer one person has a gash on his face.

"Hey my man, we gotta get you out of here, OK? The engine is still running," Cenescar told the driver. "

APD said the driver was transported to the hospital in serious, but stable condition.

Photos show the aftermath of the damaged patrol car.

"While the gate caused extensive damage to the patrol vehicle, it was the fastest way Officer Cenescar knew to access the vehicle and assist anyone who was injured," APD said. "We are proud of his efforts."