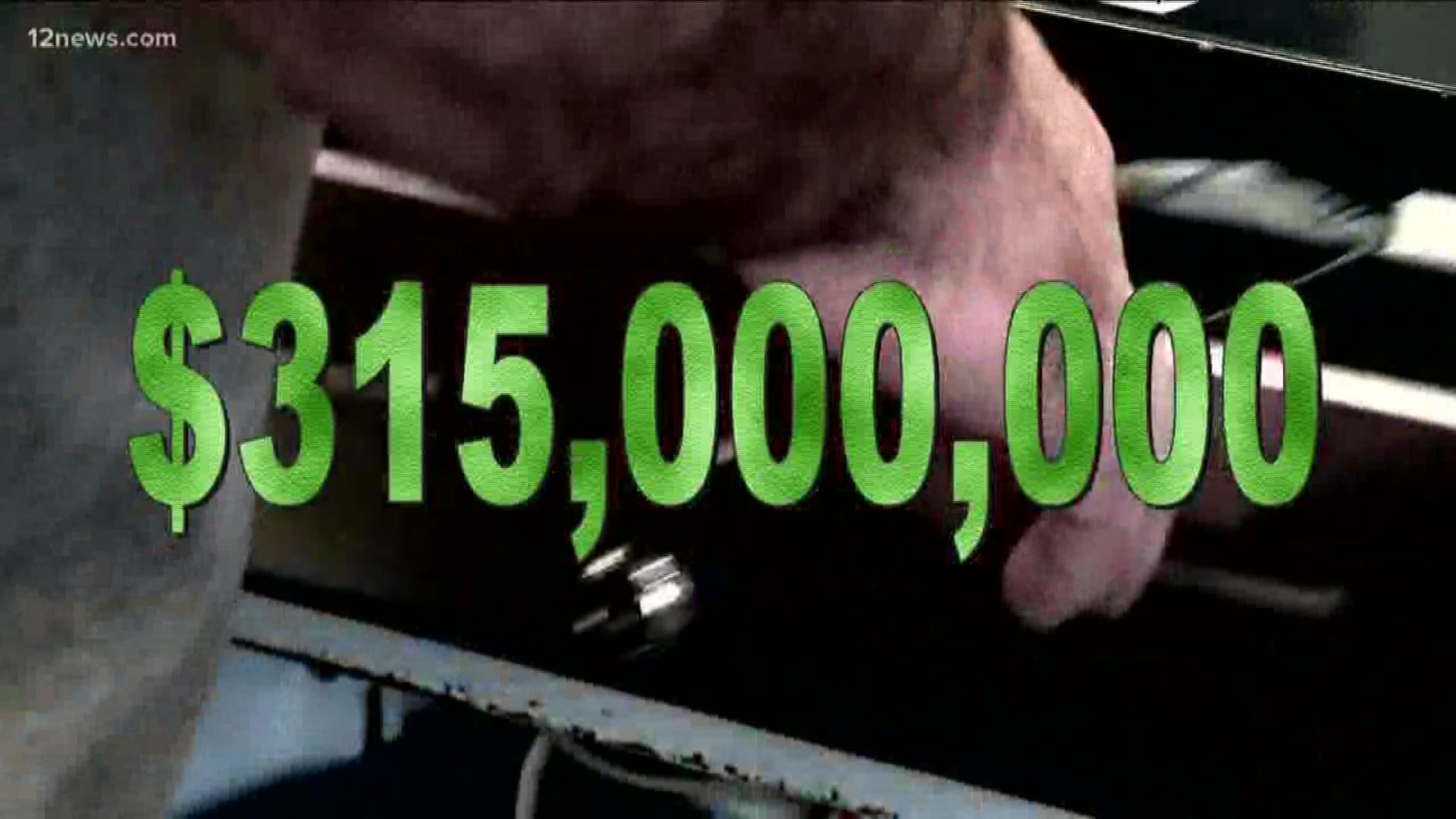 PHOENIX (AP) — Arizona joined a growing number of states allowing winners of big lottery jackpots to stay anonymous Wednesday after Republican Gov. Doug Ducey signed legislation letting winners of jackpots of $100,000 or more request that their names not be made public.

The move comes as privacy concerns are increasingly trumping lottery groups' wishes to publicize winners to boost sales and show that the games are fair.

Four years ago, just five states allowed anonymous winners, but the number has now grown to at least 10. A handful of others allow trusts to claim prizes.

Ducey's spokesman, Patrick Ptak, said in a statement that the new law will protect Arizonans' privacy rights while maintaining current safeguards that ensure the integrity of the Arizona Lottery.

"Winning the lottery shouldn't come at the expense of someone's privacy or safety," Ptak said.

"To be sure, the governor is clear about the concerns raised by proponents, i.e., that certain bad actors could take advantage of lottery winners if their names are made public," spokesman Tripp Stelnicki said in a statement last week. But "New Mexicans should have every confidence in the games run by the lottery."

At least eight state legislatures considered measures shielding winners' names this year, and governors in Virginia and Arizona have signed theirs into law.

Last week, a spokesman for the Arizona Lottery said it was important for winners to be named to maintain transparency and the integrity of the system. The lottery didn't take an official position on the bill as it worked its way through the Legislature under state policy.

"The only way the public has an absolute guarantee of integrity as far as real people winning these prizes is to be able to know who wins these prizes," state lottery spokesman John Gilliland said.

Lottery fraud is a concern. In 2017, a programmer for the Multi-State Lottery Association got up to 25 years in prison for rigging a computer program to enable him to pick winning numbers in games in Colorado, Wisconsin, Kansas, Iowa and Oklahoma between 2005 and 2011.

The executive director of the Iowa-based lottery association, which runs the Powerball game in 44 states, Washington, D.C., Puerto Rico and the U.S. Virgin Islands, said he understands why some states are moving toward winner secrecy.

"However, the disclosure of winner names is one way lotteries are working to keep the process transparent," association Executive Director J. Bret Toyne said in a statement last week. "It shows the public that everyday people are randomly winning the prizes."

RELATED: VERIFY: There's only one way to increase your lottery odds and your chances are still basically zero