Shakiyah Jones was arrested Tuesday and charged with felony murder in connection to the incident. 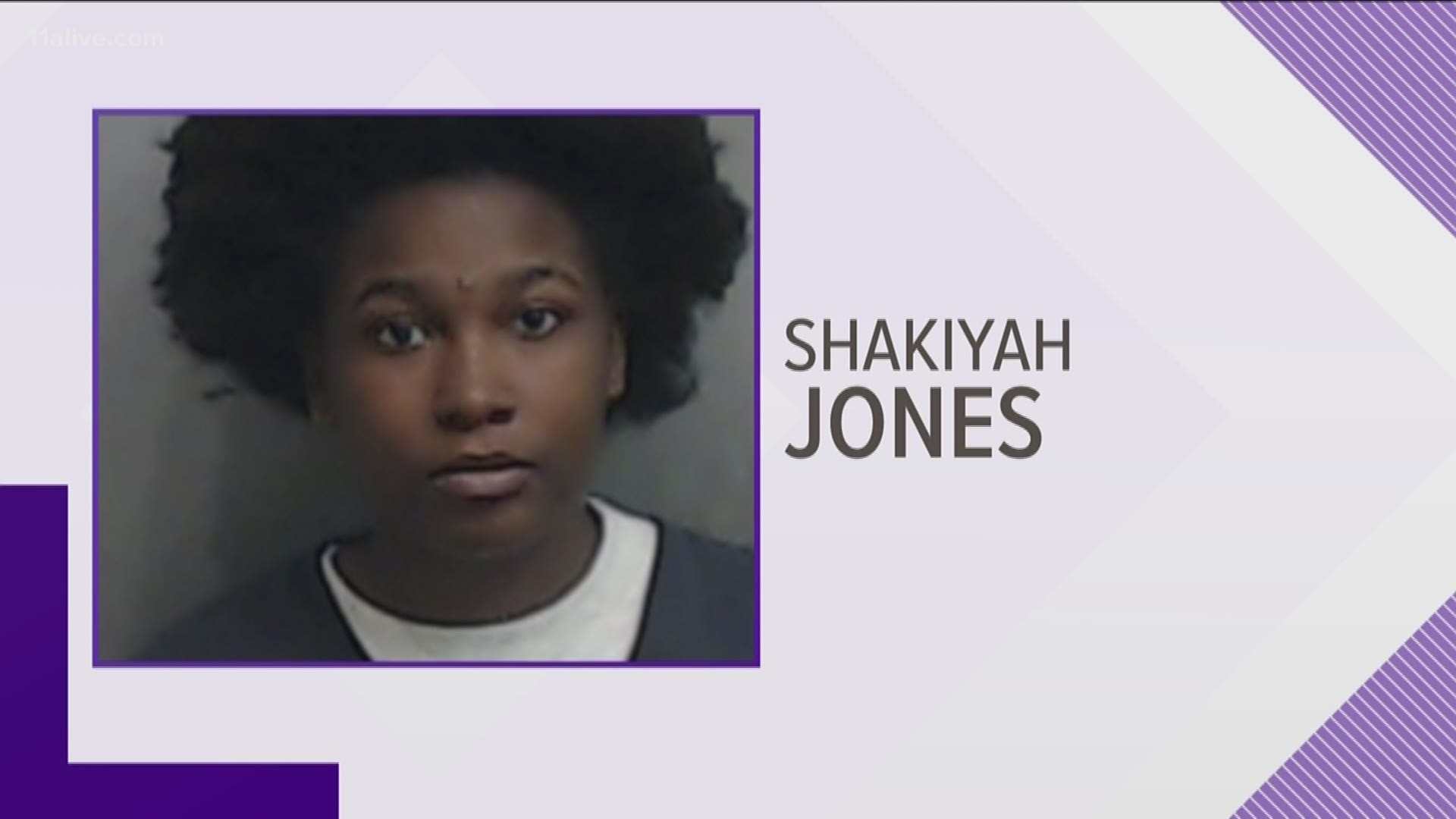 ATLANTA — A suspect connected to a deadly carjacking in the Mechanicsville neighborhood of Atlanta earlier in November is in custody, police said.

Shakiyah Jones was arrested Tuesday and charged with felony murder in connection with the incident that killed Renae Edwards-Alexander, a Navy veteran who was there to help a friend move.

On Nov. 2, officers arrived at the apartments off Fulton Street SW just before midnight after getting reports of a person shot.

Police said Alexander was sitting inside her Chevy Malibu when she was approached by a man who tried to take her car. At the same time, police said Gwenette Robinson was getting into her Chevy Camero and saw what was happening - and was also approached by a second suspect.

At some point, as the carjackings unfolded, police said one of the suspects fired shots, hitting Alexander in her side and leg. A nearby witness saw what was going on and tried to help, but was also hit in the leg.

Viewer video from the scene showed the commotion and the aftermath of the shooting.

Police said the two suspects got into Robinson's Camero and sped away from the parking lot, leaving Alexander's Malibu behind.

EMTs took Alexander and the other witness to the hospital, but Alexander later died. The witness was reportedly stable. Robinson, meanwhile, was not hurt.

RELATED: ‘What if it was your momma?’ | Sons planning funeral for Navy veteran killed during carjacking in Mechanicsville

Police said that they later found the stolen Camero, and believe at least four suspects may have been involved. Though they've arrested Jones, police are still looking for the other suspects, and are asking anyone with information to come forward.

According to the Atlanta Police Department, the investigation is still open and detectives are "making progress" in the case.