'At the time I was just a dad': Deputy describes moment he pulled baby from plastic bag in woods

He said he just wanted to give the newborn affection. 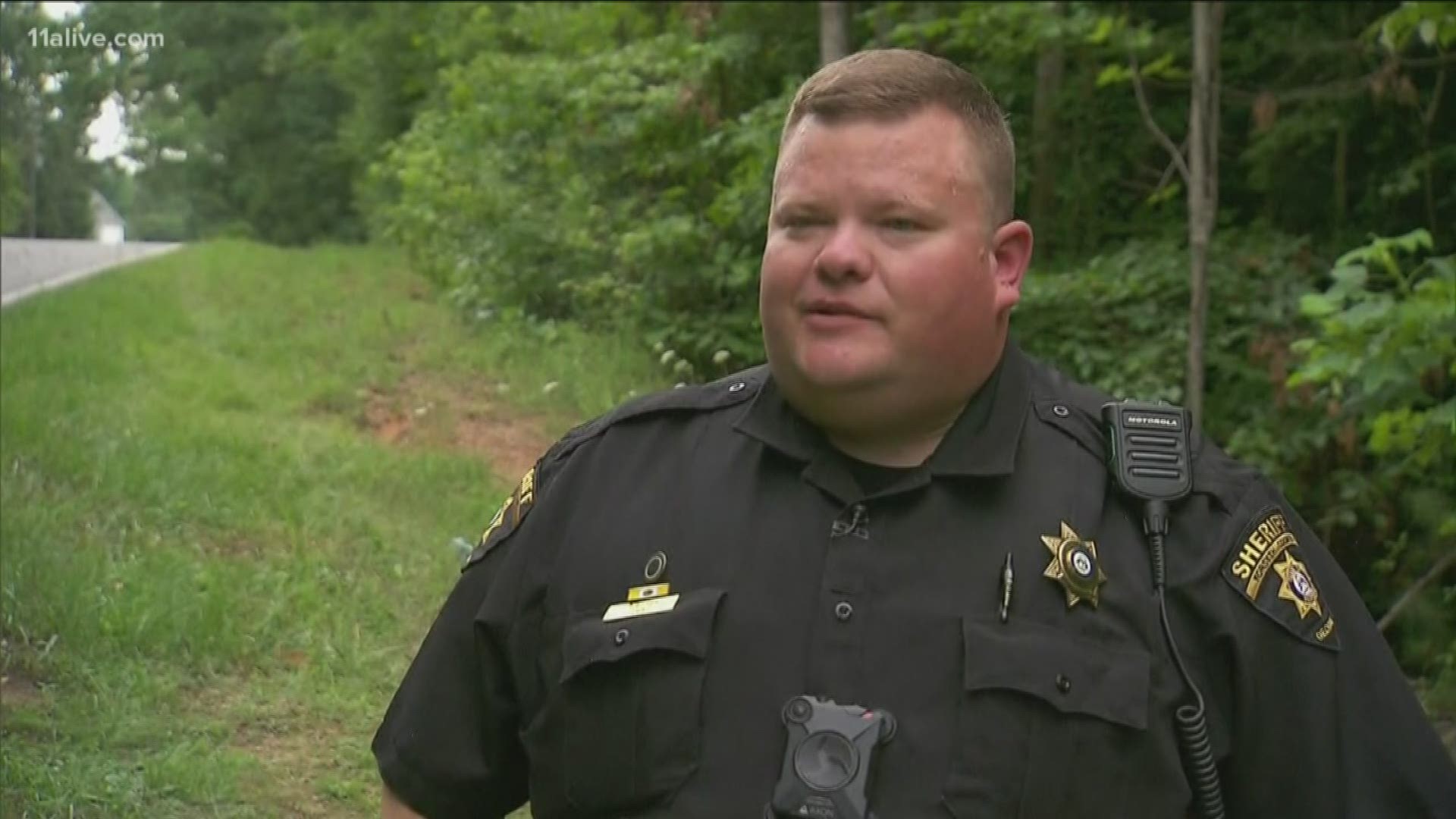 The night of June 6 will be a day Forsyth County Deputy Terry Roper will always remember.

That Thursday evening, authorities received a 911 call about a newborn baby crying, abandoned in the woods near a home on Daves Creek Road.

"It's in a bag. It's in a bag," the caller told the 911 dispatcher. The family who made the shocking discovery had just returned home from a trip and had heard the infant crying.

Bodycam video shows the incredible moment authorities arrived at the scene. The baby was inside of a plastic bag. Deputy Roper was one of the law enforcement officers sent to help the newborn baby, who is now being called India.

NBC got the chance to talk with him about the first time he laid eyes on her. He said he could hear her crying the moment he got out of his car.

"When I got there, the first thing I wanted to do was to make sure she was OK," he said. "And then once I realized she was OK, then I knew we had to get her warm."

He was the one who pulled the infant out of the plastic bag. He said he just wanted to give her affection.

"She had never experienced love before and I was honored to be the first one to be able to do that," Roper said.

Roper added that this emergency call was different from all the rest.

"At the time I was just a dad," he said. "It was a baby crying and it needed help. I picked it up and did what any dad would do."

His care for baby India didn't stop just there. The very next day, he visited the newborn in the hospital.

"She was in the nursery," he said. "And I was able to pick her up and love on her a little bit."

Authorities are still looking for baby India's birth mother. In the meantime, she will be in foster care. Then, she will likely be placed with an adoptive family who has already been screened.

Forsyth County Sheriff's Office
We want to again remind everyone of Georgia's Safe Haven law. This law allows mothers who cannot care for their newborn properly or is in a dangerous circumstance to drop the baby off safely to a...