Melissa Rolfe's termination resulted from a violation of company policy, according to a statement from EPM. 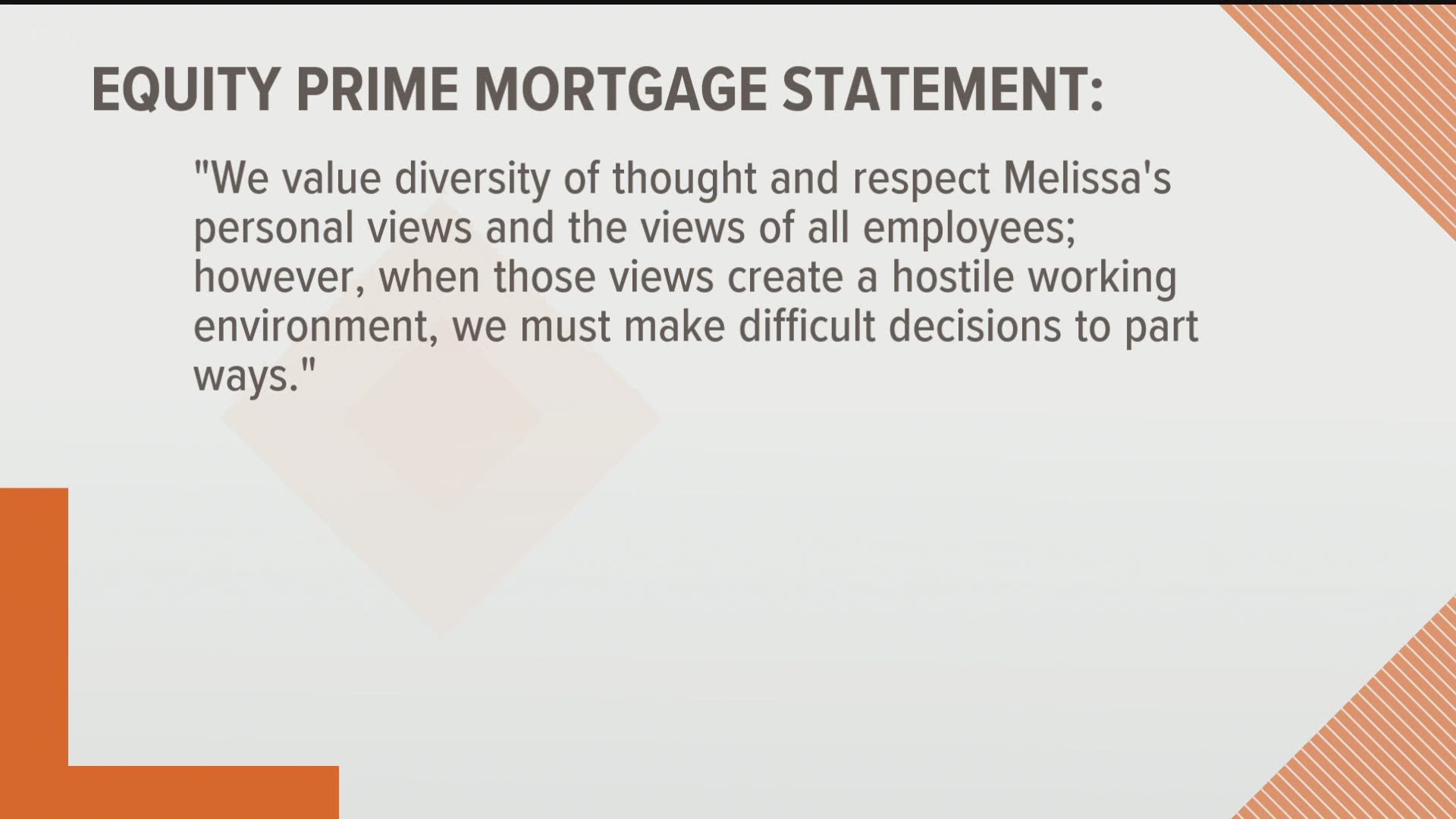 Garrett Rolfe is facing felony murder charges in connection with the shooting death of Rayshard Brooks last Friday night during a traffic stop outside a Wendy's restaurant in southeast Atlanta.

According to a statement from EPM, Melissa Rolfe, the human resources director for the company, was terminated as the result of some of her social media comments.

The company released a statement that said, in part, "Melissa Rolfe’s termination was a direct result of her actions in the workplace and violation of company policy. While working with Melissa as she transitioned to a leave of absence granted by our organization, we discovered she violated company policy and created an uncomfortable working environment for many of our employees."

EPM said that they were co-founded by people of color committed to building a better future by "bringing diverse cultures into the conversation."

In a release, EPM said that they are dedicated to "building wealth in communities of color that have historically suffered from systemic racism. We recognize the roadblocks these communities face and have and will continue to honor our commitment to removing them."

"We owe our successes to our employees who listen generously, speak courageously, and choose positivity," the release said. "Representation matters, and so do Black Lives."

"As an HR director, she ultimately lost the confidence of her peers, leadership, and many employees who no longer felt comfortable engaging with her. We value diversity of thought and respect Melissa's personal views and the views of all employees; however, when those views create a hostile working environment, we must make difficult decisions to part ways," the statement said.