Atlanta boxer detained by ICE in Miami after traffic stop

Aparicio came to the U.S. illegally when he was 13 years old. He is married to a U.S. citizen. 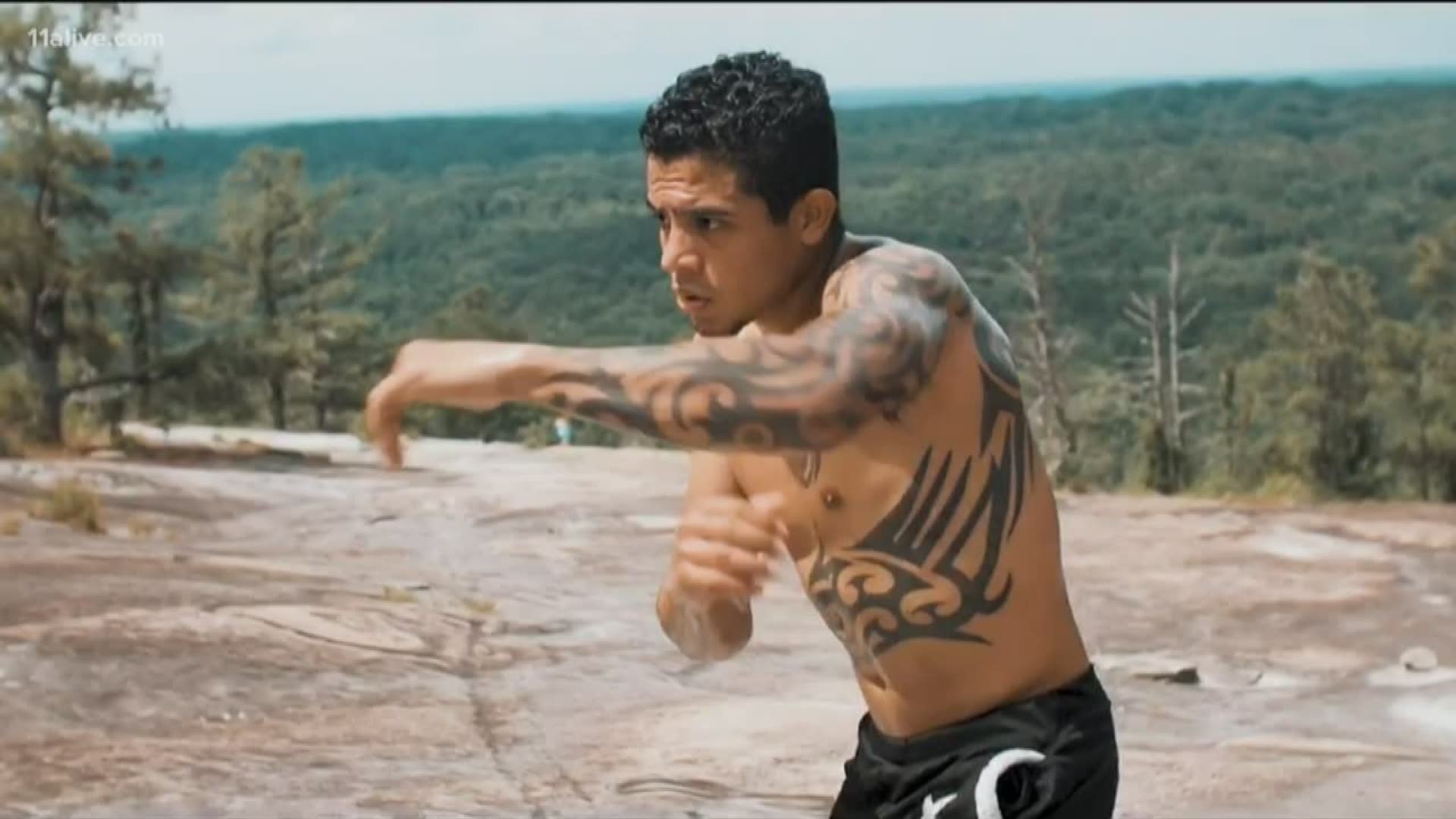 MIAMI — A professional Atlanta boxer is being held at a detention center in Miami, Florida under Immigration and Customs Enforcement's custody after he was arrested by border patrol last week.

Abel Aparicio's attorney Alex Solomainy said the athlete was a passenger in the car pulled over during a traffic stop in one of the Florida keys.

Aparicio's wife, Shelby Carter, who is a U.S citizen, explained it all went down hill the moment he was asked for his I.D.

"When the cops pulled them over, they then asked for everybody's identification and license, whatever they had, and Abel didn't have it," she told 11Alive's Elwyn Lopez.

Carter and Aparicio met a few years ago at Buckhead Fight Club, where the boxer has been training for the past six years. Now, they have a baby.

"I used to see him train and work out, and I always had my eye on him when I started working there, and I started asking his friends about him and Terri introduced us," she said.

"He's got an amazing ring presence, you know? He just looks like that Mexican fighter that every trainer wished they had," she told Lopez.

Aparicio has had more fights than he can count. Both in and out of the ring.

He came to the U.S. illegally from Mexico when he was 13 years old.

"I've been trying to work with him to get his documentation for a while," Carter told 11Alive. "It's just things cost money - lawyers are money. So, we've had to figure out how to get the funds available, and that's the only reason we haven't been able to take care of it yet."

RELATED: Family uproots life here to reunite with father of 3, deported a year ago, in Mexico

Aparicio has been in ICE's custody since last week. And Carter worries when he could be coming home.

"Nothing is guaranteed, you know? And he has his kids, obviously, it's just hard," she said while trying to hold back tears.

Aparicio's attorney explained the boxer does has a criminal trespass conviction on his record from approximately 10 years ago.

Aparicio is currently in removal proceedings. His bond hearing is Friday, July 26.

Editor's note: This story has been updated to include the link to details about Aparicio's release.