The Braves will place dozens of photos of central Georgia veterans in the stands for the rest of the season. 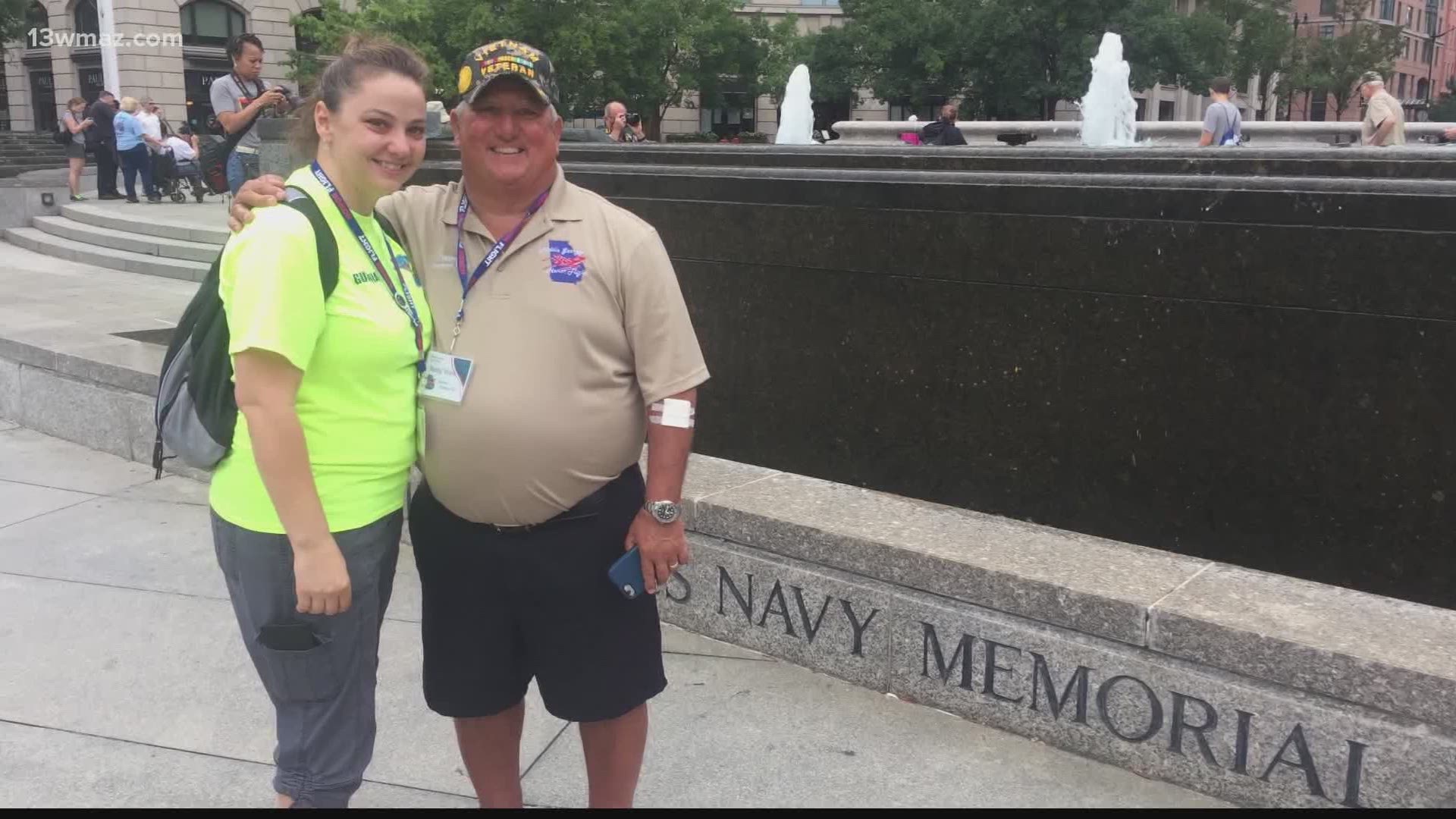 WARNER ROBINS, Ga. — The Atlanta Braves will show off a new fan section Friday filled with 150 pictures of military veterans.

About a third of those cutout fans will be from the Middle Georgia Honor Flight group.

The group takes World War II, Vietnam, and Korean War veterans to Washington D.C. to visit the monuments built in their honor and in remembrance of their friends who did not make it home.

Roger Jennings with Middle Georgia Honor Flight says the Braves contacted him asking for photos of about 50 veterans from their trips. The Braves used them to make cutout fans that they'll put in that new veterans fan section at Truist Park.

One of the veterans you'll see is Harry Wood. He went on the first Middle Georgia Honor Flight trip in 2018.

He served 25 years in the Air Force, including in Korea and Vietnam.

He now lives in Warner Robins and says he still cherishes his honor flight experience.

Wood says he's grateful the Braves are honoring not just veterans, but the Middle Georgia Honor Flight group as a whole.

"I heard they were going to do that with us, and I thought, 'Wow that is something else.' That is really neat that the Braves picked us out of all the things they could have done," he says.

Jennings says the Braves will leave the veterans section up for the rest of the season.