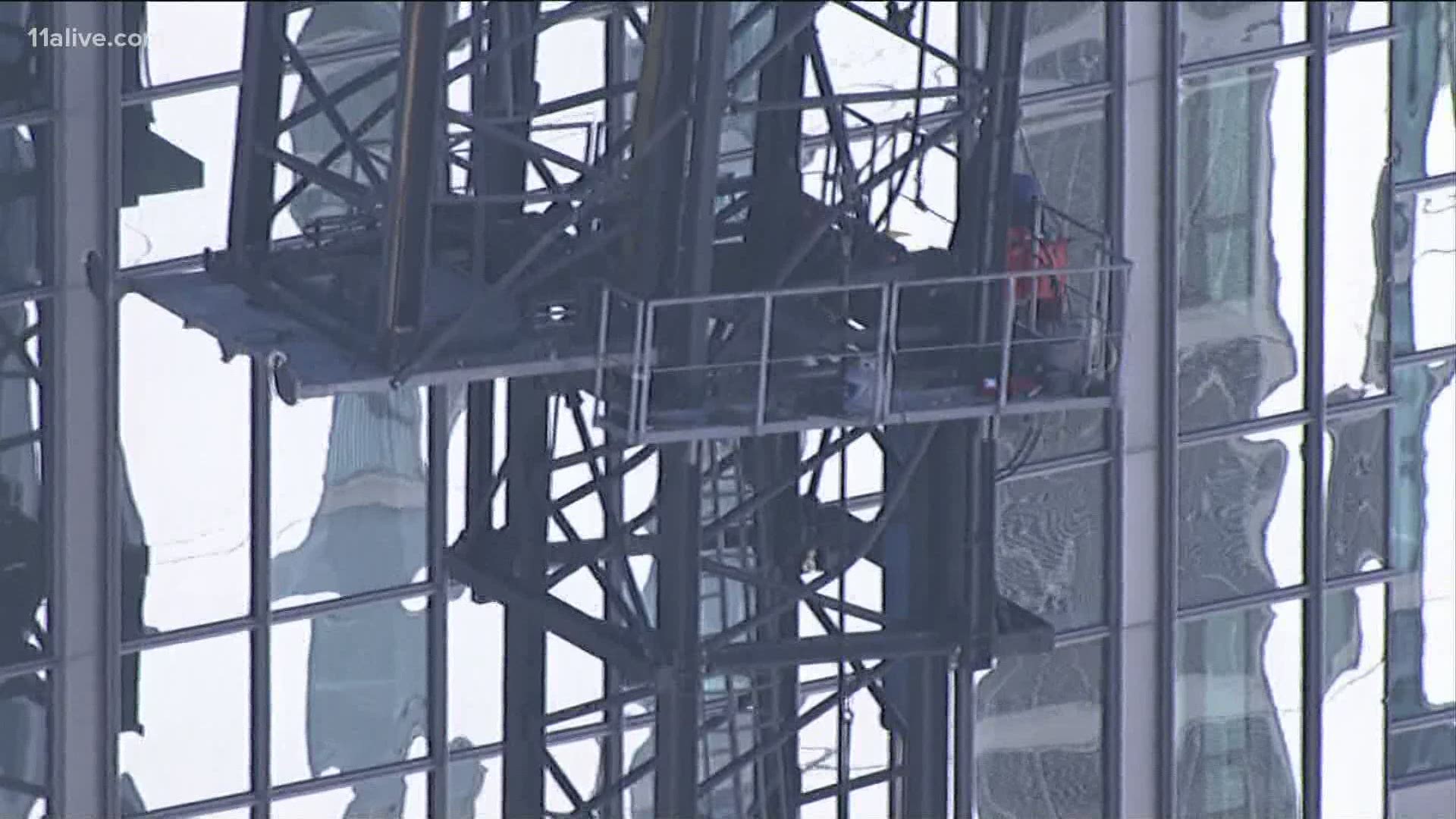 ATLANTA — Crews are entering a "critical" stage of the crane removal process in Midtown that, once complete, could allow residents of an affected building to return home, according to the company working to dismantle the compromised crane on Thursday afternoon.

Crews have been at work on the compromised crane at 1105 West Peachtree Street since last Friday. West Peachtree between 10th and 14th streets has remained closed throughout the duration of the work.

RELATED: Midtown crane reinforced, one step closer to being dismantled

On Thursday, Brasfield & Gorrie, the contracting company doing the removal work, said crews were now working to "dismantle the tower crane that was reinforced earlier this week."

"Crews have begun the process of removing the upper horizontal members of the tower crane," Brasfield & Gorrie said in an update.

According to the company, once that is done and the area is deemed safe, "we will coordinate with Atlanta Fire and other officials to allow residents of the evacuated apartment building to return to the area and determine when it is safe for businesses to return."

Brasfield & Gorrie said earlier this week that residents of the affected building had been given a window to return to their homes and retrieve personal items. The company has been putting them up in Atlanta hotels this week.

The company said crews would then finish dismantling the compromised crane before the assist cranes that have been brought in for the dismantling can themselves be disassembled.