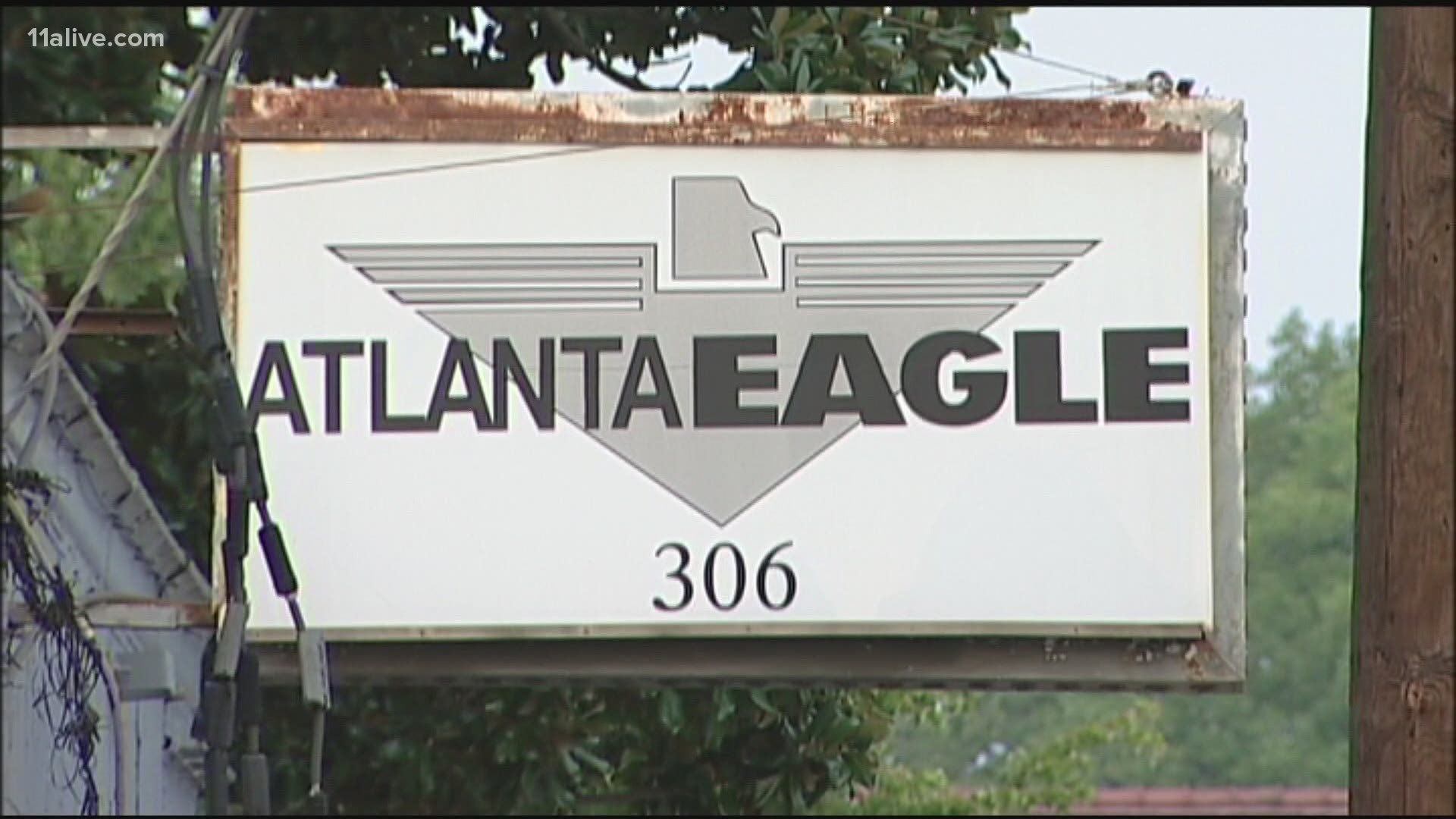 ATLANTA — A famed Atlanta gay bar is being given a significant boost by Mayor Keisha Lance Bottoms as the COVID-19 pandemic has devastated bars and restaurants around the country.

The Atlanta Eagle, described by the mayor's office as "one of the Southeast's most famous LGBTQ social establishments," will be designated a historical landmark, the mayor announced this week.

Over the years the bar, on Ponce De Leon Ave. in Midtown, "has hosted legendary drag performers like Ru Paul and Lady Bunny that promote LGBTQ equality and HIV/AIDS education," the mayor's office said.

According to Historic Atlanta, its 1987 opening "marked Atlanta’s place in the family of independently owned gay bars that operate under the 'Eagle' name. 'Eagle' bars began in New York City after the Stonewall riots 1969."

“Businesses are feeling the devastating effects of COVID-19 this year, including LGBTQ-owned small businesses,” Mayor Bottoms said in a statement. “This has led to LGBTQ-owned businesses around the country closing their doors. The Atlanta Eagle has a rich history and is a beloved place for so many people in Atlanta and across the world.”

The bar's owner, Richard Ramey, said in a statement that he was "grateful to Mayor Keisha Lance Bottoms and the City of Atlanta for ensuring that many more can call it home in the years to come.”

According to the mayor's office, the historical landmark designation will ensure the building cannot be demolished or be renovated on the exterior without city approval.

The bar has been temporarily closed during COVID-19. There had been plans to move to a new location after the pandemic, but the historical landmark designation will help it remain in the building on Ponce De Leon Ave.

According to local historians with Historic Atlanta, the bar's designation would make it the first recognized and protected LGBTQ landmark in the Deep South.