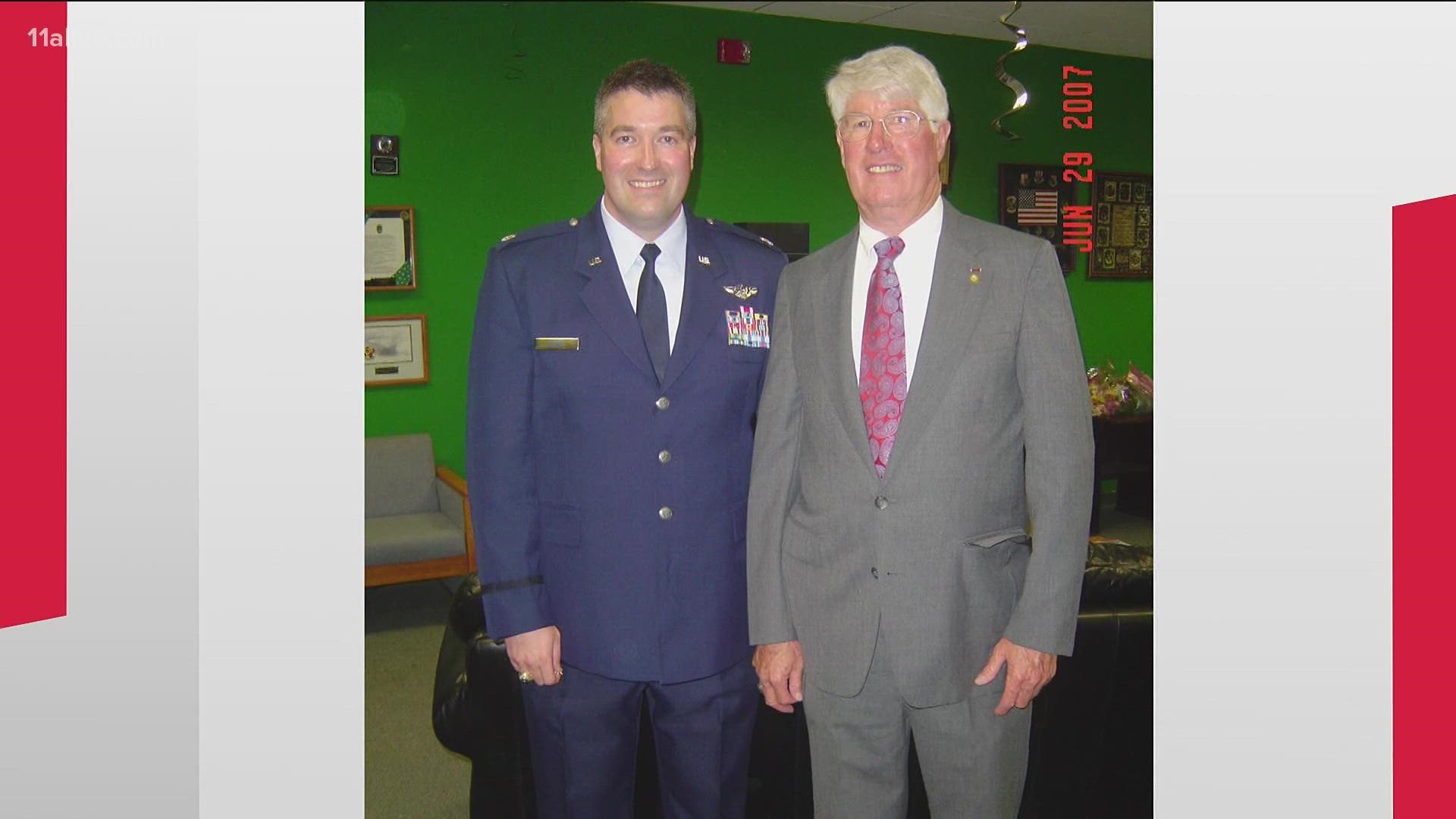 ATLANTA — Georgia native Brian Stone followed in his father's footsteps when he joined the military. The Air Force veteran found himself in Oklahoma City on Sept. 11, 2001.

"We didn't know what was happening, what was going to come next potentially as far as the military that day, so we wanted to make sure the skies of America were clear and safe at that point," Stone said.

Stone helped coordinate aircraft in the wake of the 9/11 terrorist attacks. His flight log from that day is at the Atlanta History Center as part of its Responding Heroes exhibit. The exhibit pays tribute to first responders who participated in the rescue and recovery efforts on that day 20 years ago.

“It’s an event that changed the history of this entire country, the way we operate and the way we interact with each other, the way we travel," Sheffield Hale, president and CEO of the Atlanta History Center, said. "You remember the people on the plane, the people in the building, but what about the people on the ground who were there to perform ordinary heroic acts? This is what they were trained to do. It was an extraordinary time for ordinary people who became heroes."

Stone and others gave firsthand accounts to help bring life to the exhibit. It features headlines from local and national newspapers. Also on display: artwork created by a first responder, as a type of therapy, in honor of her fellow first responders. There is also a fence with notecards posted that thank those who rushed into action on Sept. 11.

While Hale said society was just now gaining perspective of 9/11 all these years later, Stone said there's still a long way to go to reach the American ideals he fought for.

“I wish we could be more united," Stone said. "We look back on 9/11, we talk about how united we were as a nation then and how far it seems like we’ve come today. I think we owe it to the people who died on 9/11 to do that, to live a better life and be better people and better Americans.”

RELATED: Never forget: 9/11 images that will stick with us forever