Atlanta City Councilmember Dustin Hillis tells 11Alive many of the city fire department's ladder trucks are over 10 years old and often out of service. 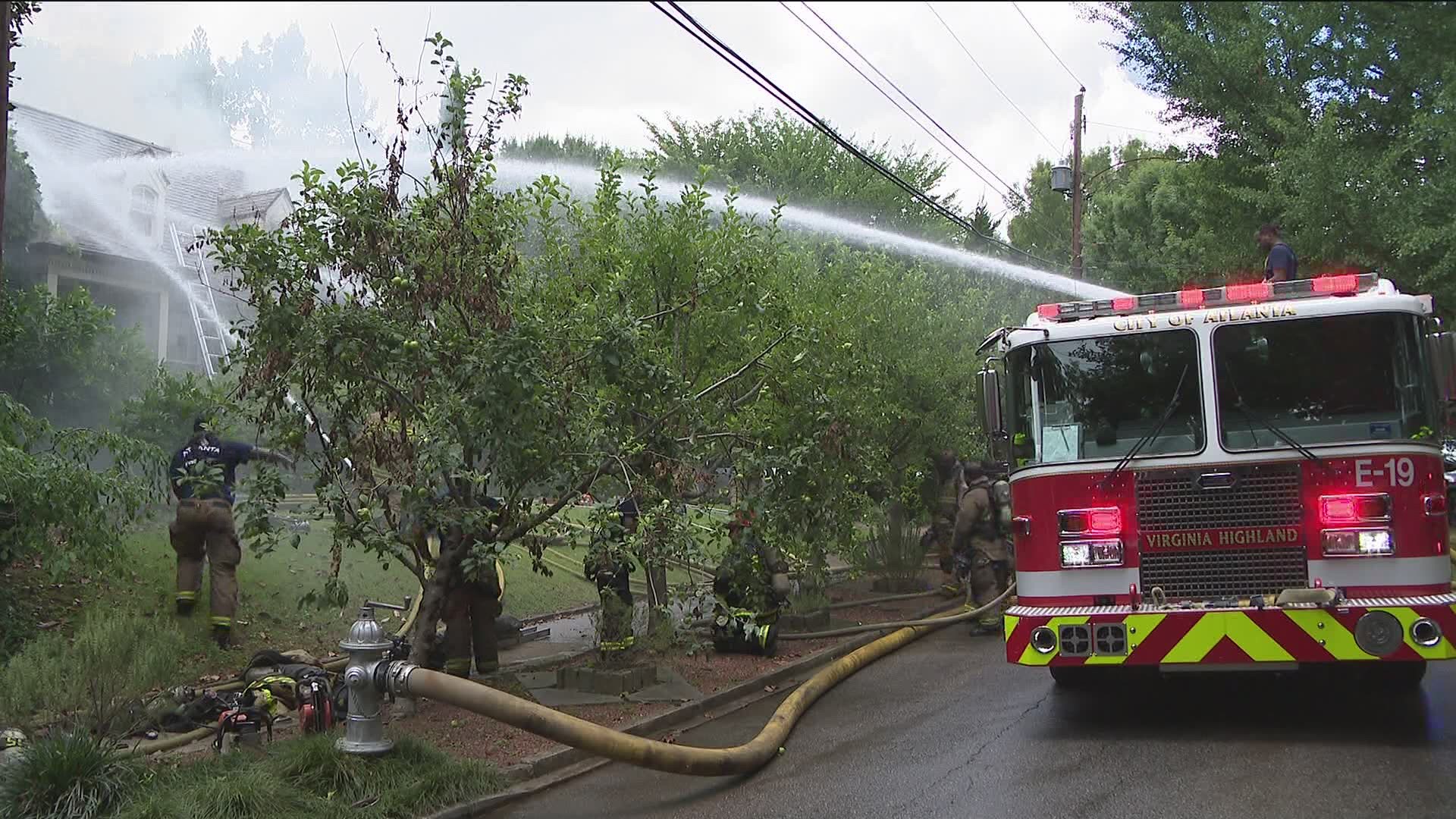 ATLANTA — Following a house fire in the Virginia Highlands area on June 13, a city of Atlanta fire truck needed to be towed away from the scene of the fire because it broke down.

It was one of several trucks that had mechanical issues that weekend alone.

"A total of six trucks went down intermittently," Smith said on June 14 when detailing what happened that previous weekend. "The majority of those trucks are either back in service or being promised to be back in service today. There were a couple of exceptions where the parts had to be ordered."

Atlanta City Councilmember Dustin Hillis tells 11Alive the city's aging fire truck fleet is an issue he has been aware of for months. On Monday he introduced legislation to serve as a potential solution.

The proposed ordinance states "on multiple days through 2021, four to five tractor-drawn aerial (TDA) trucks have been placed out of service with no reserve apparatus to take their place."

"The city went I believe went two years without purchasing any fire apparatus. The initial order that I saw from this year only had one ladder truck on it," Hillis told 11Alive.

In the proposed ordinance, Hillis wrote most of the city's 20 ladder trucks are "over ten years old and have frequent issues related to their wear and tear that take them out of service "

In the past and on a set schedule the city would replace a number of old fire trucks with new trucks, but Hillis said the city stopped following that plan before he took office in 2018, most likely due to budget reasons

"We can talk all day about the problems over the last decade or so, but all I can do is fix what we have wrong now," Hillis said.

The legislation he introduced calls for $7,000,000 in city funds to be used to purchase five new tractor-drawn aerial trucks.

"The ultimate goal is to fill these emergency gaps and then we have to take a serious look at a plan to keep these trucks on order so we aren't down multiple trucks across the city on any given day," Hillis said.

As of Monday when the proposed ordinance was introduced before the city council, Hillis said he already had the support of 11 fellow councilmembers. The proposal will now be considered before council committees before it could receive a vote before the entire council.