Images of the smoke circulated on social media. 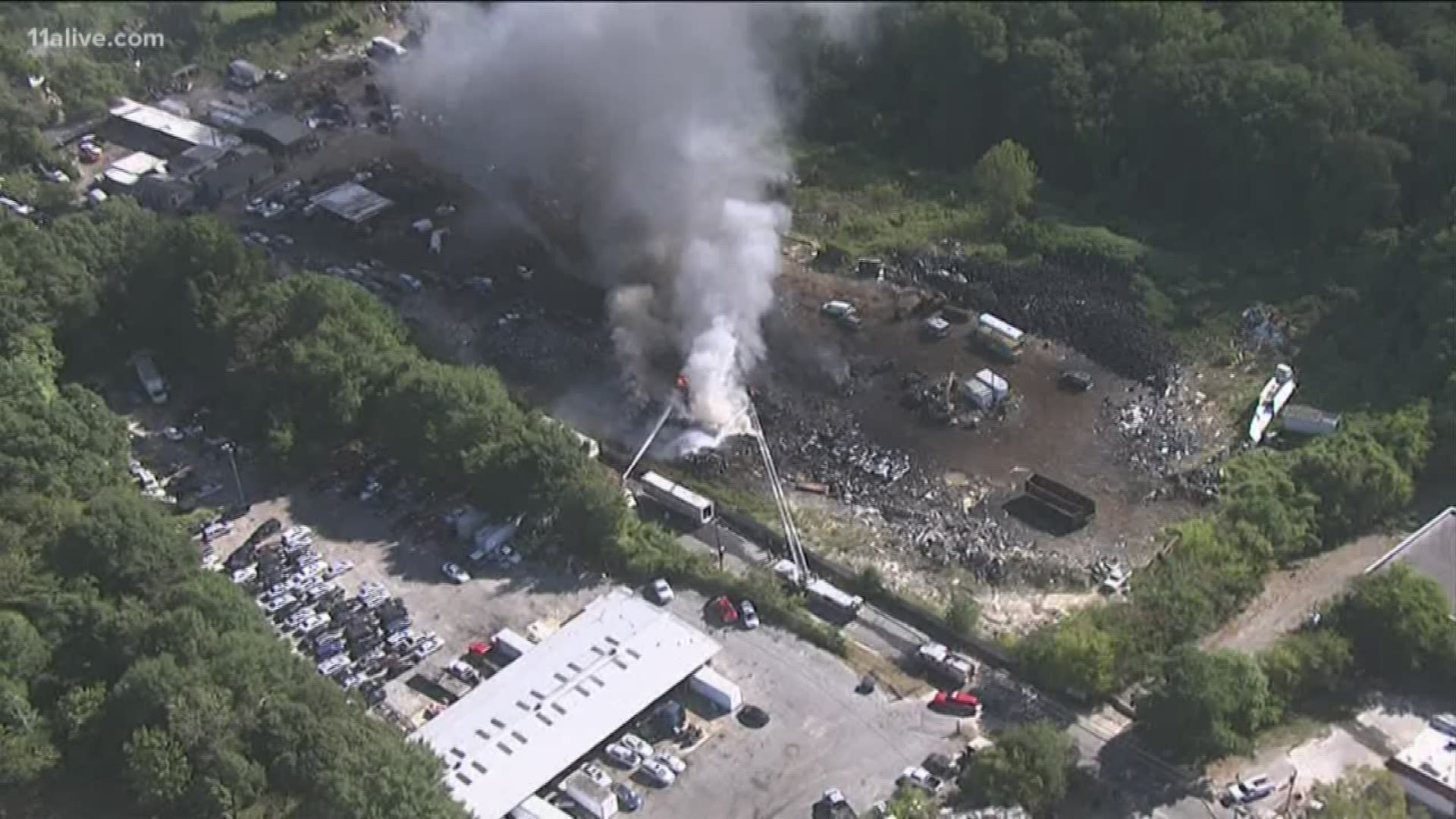 ATLANTA — A fire sending large plumes of black smoke into the air burned west of Midtown Atlanta on Monday morning.

Images of the fire circulated on social media, and 11Alive photographers captured photos of the smoke plumes.

Atlanta fire officials confirmed the fire was happening at Regina Dr. NW in west Atlanta, off Donald Lee Hollowell Parkway. A recycling yard is located on the street.

Rob Kischuk, who said he typically drives down Donald Lee Hollowell Parkway on his commute into Midtown, said with his window down he could feel the heat of the fire as he was driving by.

"You could certainly feel the heat coming off, that's what really let you know there was no nonsense, that it was probably good to get out of there," he said.

He said it looked like the fire had been isolated to one large pile of junk, but that "if they didn't get there sooner it probably could have spread, could have been a pretty big thing."

He said he was at the scene around the time fire crews began to arrive.

Officials said there were no injuries. On Twitter, Atlanta Fire Rescue described it as a "large" fire and said it would take an "extended operation" to put out.