These are the hottest real estate neighborhoods in Atlanta

A real estate brokerage pegs a diverse set of areas as Atlanta's most vibrant markets. 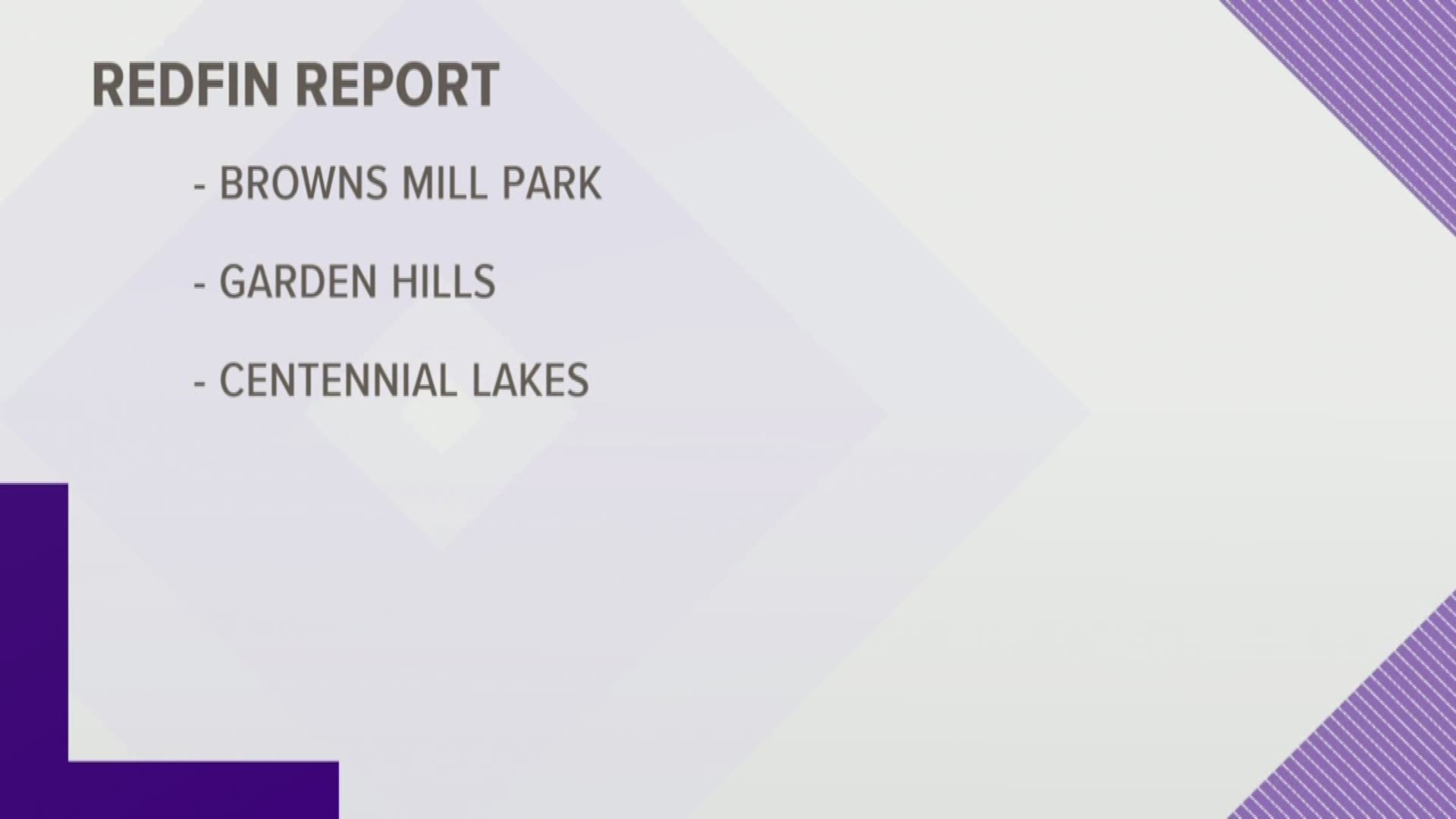 ATLANTA — With all the growth (and gentrification) of the Atlanta market in recent years, it would seem there can't be too many stones left to unturn.

Nonetheless, some areas are still considered "hotter," than others, and a recent report produced by the real estate brokerage Redfin pegs a diverse set of areas as Atlanta's hottest - from south Atlanta, to north Atlanta, to the suburbs.

According to Redfin, the hottest neighborhoods in Atlanta include Browns Mill Park in south Atlanta, a neighborhood east of I-75 that spans Browns Mill Golf Course; Garden Hills, a small enclave between Peachtree Road and Piedmont Road south of Buckhead; and Centennial Lakes, a development in Acworth at the northwest tip of Cobb County.

Redfin chose the neighborhoods based on median sale price, percent of homes that sold above list price and median days on market, the agency notes.

"The 2020 watch list was developed by identifying the neighborhoods with the greatest year-over-year growth in listing pageviews on Redfin.com and speaking with agents about what areas are seeing rising interest from homebuyers," Redfin noted on its blog. "Some of the neighborhoods included may not meet the conventional definition of 'hot,' but are still trending among homebuyers.”

Browns Mill Park in particular follows the trend of south Atlanta neighborhoods becoming increasingly expensive, with 37.5 percent of homes selling above list price. Homes have only lasted on the market a median of 19 days.

Conversely, in Buckhead-adjacent Garden Hills, only 5.9 percent of homes sold above list price and lasted on the market a median of 65 days.