Bottoms said that she plans to remove the interim tag from police chief Rodney Bryant during the morning press conference. 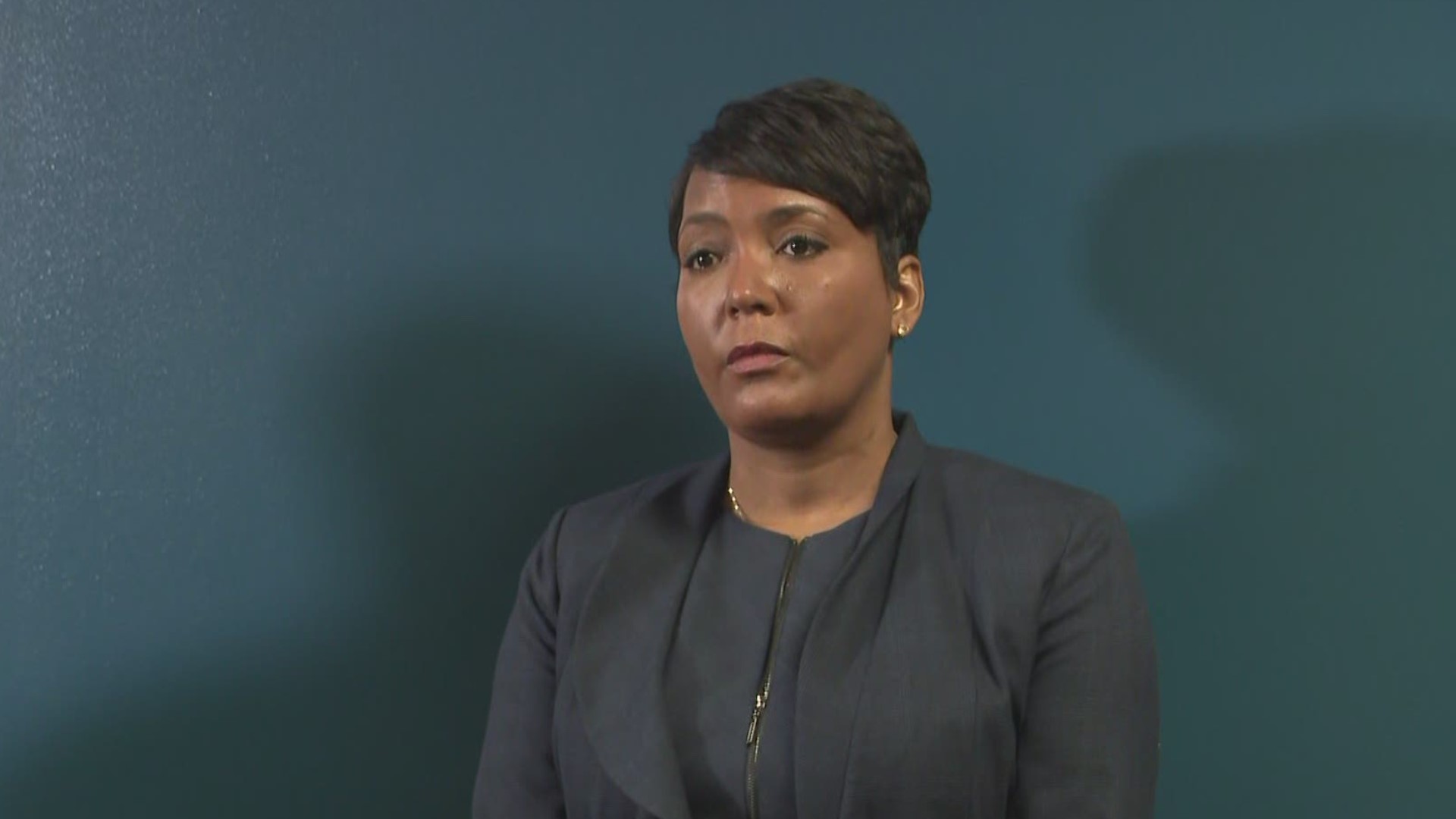 ATLANTA — After a weekend filled with gun violence across the city, Mayor Keisha Lance Bottoms named a permanent police chief recommendation as she addressed growing public safety concerns across the city on Tuesday.

The press conference took place at the Atlanta Public Safety Headquarters on Peachtree Street in southwest Atlanta at 10 a.m.

Bottoms said that she plans to remove the interim tag from police chief Rodney Bryant during the morning press conference. She said she hopes the city council will confirm Bryant's role.

"I am going to put his name forth to city council and ask that they confirm him immediately," bottoms firmly stated.

She said some Atlanta residents have said the interim tag was the cause of violence in the city.

Bryant, whose career has spanned more than three decades, had previously taken retirement before Bottoms asked him to return.

She asked Bryant to come back on May 29 when "the city was literally burning" to take over the joint operation command center and he willingly came back.

Bottoms said after the election, she is open to possibly launch a national search for the chief police position if it's appropriate at that time.

At least 12 people were injured and two were killed in different shooting incidents across the city during the weekend -- a 15-year-old teenager lost her life during the violence.

"There are too many guns on our streets ... and too many people in our communities who don't have regard for basic human life," Bottoms said during the conference.

Atlanta City Council President Felicia Moore, who is facing off against Bottoms in the mayoral race, said the recent weekend of violence underscores a citywide crisis.

Bottoms said she personally asked President Joe Biden for money in the American Rescue Plan to expand violence disruption across the city. She also announced the development of a working group on what more can be done to address violence in the city within the next 90 days.

During the conference, the mayor firmly stated "don't ever question whether or not I care. My love for this city is deeper than many others standing here because my family goes back 100 years in this city. So whether I am mayor or not, I am going to do everything I can to keep this city safe."

According to APD records, as of April 24, there have been 208 shootings in Atlanta so far this year which is more than 51% from the same time frame last year.

The records also show a total of 157 people were killed across the city in 2020. Atlanta Police have investigated 37 more homicides since then as murders continue to surge by about 60% percent.

Bottoms said APD has removed more than 2,000 guns across the city and arrested more than 700 violent offenders.

She said APD responds to crime, but at some point, the responsibility must be taken by "all of us."

In a statement, the police department said safety is its top priority and it urges people not to resort to gun violence to settle disagreements. It read in part:

“These incidents involve people making choices in the spur of the moment. It is impossible to police every citizen’s negative encounter in real-time. We realize no matter the reason, the impact on our city is the same.”

City leaders are urging people to put down their guns.

"I wish ... I could give some speech to make it stop, but until we address the number of guns in the hands of criminals on our streets ... and if I could do it on the city level alone I would ... but until our state leaders take a look at the most lax gun laws that we have in this country. And the way that guns get into the hands of criminals ... I am so sad to say this likely won't be the last time I stand here," Bottoms said during an emotional plea.