"Our nation can no longer wait." 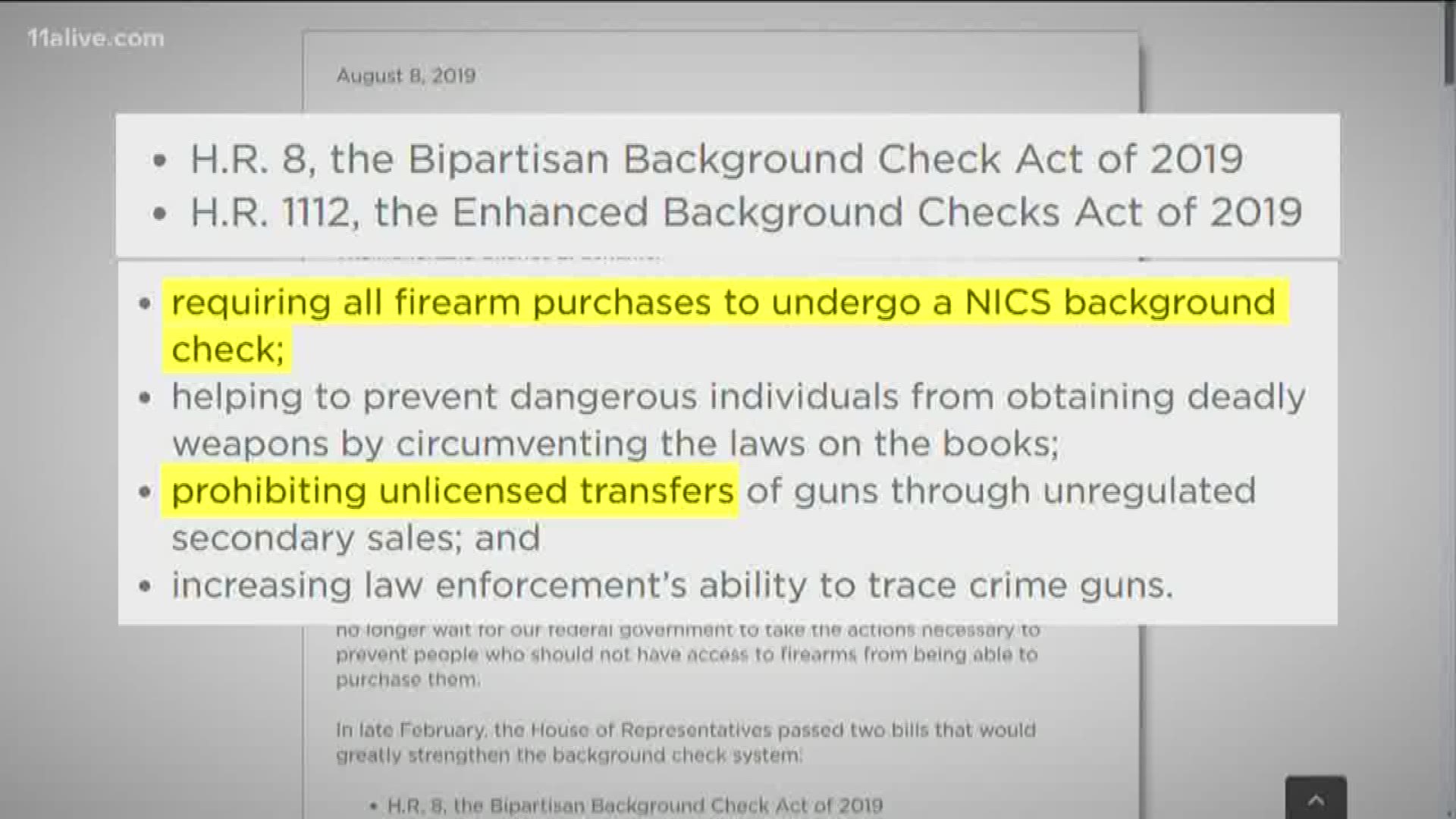 ATLANTA — Atlanta's mayor is joining more than 200 others local leaders across the country, calling on the Senate to pass new gun safety laws.

Mayor Keisha Lance Bottoms added her name to a letter from the US Conference of Mayors after two deadly mass shootings in Dayton, Ohio and El Paso, Texas happened in less than 24 hours. The carnage left more than 30 people dead.

The bipartisan letter calls on Senate Majority Leader Mitch McConnell and Senate Minority Leader Chuck Schumer to bring lawmakers back to the Capitol for a vote on legislation that has already passed the House of Representatives back in February.

"The tragic events in El Paso and Dayton this weekend are just the latest reminders that our nation can no longer wait for our federal government to take the actions necessary to prevent people who should not have access to firearms from being able to purchase them," the letter reads.

The letter points out two bills in particular - one that would close loopholes in the current background check system by requiring an NCIS background check on all sales, and outlawing unlicensed transfers. The other would change the background check review period from three to 10 days.

“Public servants—from the local level to Washington—have an obligation to protect the lives of those we are entrusted to serve," Bottoms said in a separate statement. "We need strong leadership willing to take the necessary measures to prevent heinous, senseless acts of violence. If we are truly serious about preventing one more family from knowing the pain of losing someone to another gun tragedy, we need Congress to enact commonsense gun safety legislation immediately."

The Associated Press reported Thursday that while McConnell wouldn't be calling lawmakers back to Washington early, he was open to considering background checks and other bills on gun safety measures when they return this fall, in what could be a pivotal moment for the debate.

Several Democratic voices from Georgia have, too, echoed calls for gun safety measures to be passed, including Reps. Lucy McBath and Hank Johnson.

Republicans have long opposed expanding background checks, but they face enormous pressure to do something after both mass shootings.