While the number of call-outs are not as severe compared to a week ago, Mayor Bottoms said she hopes the city and the police department continue to move forward. 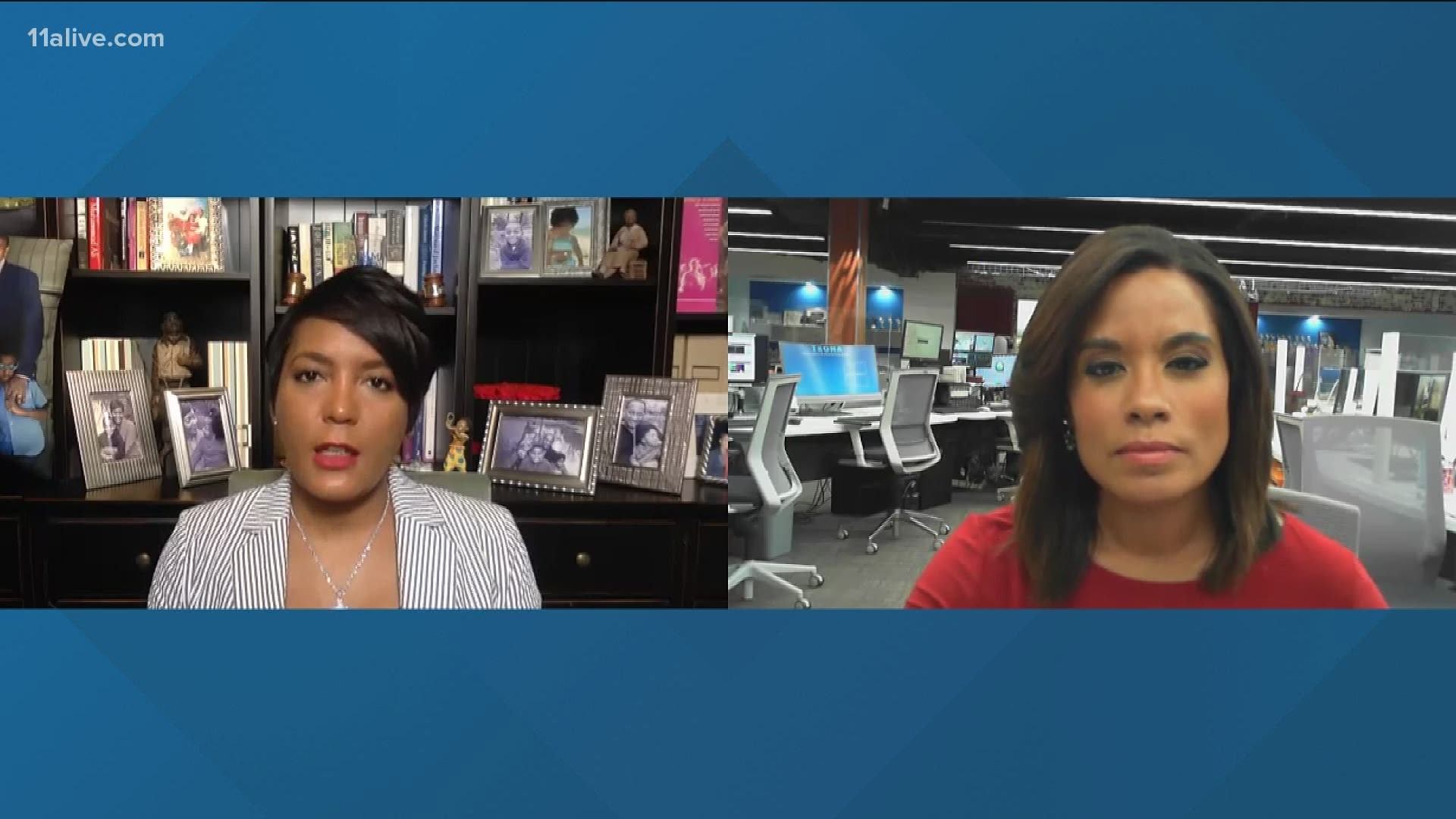 ATLANTA — It's only been a few weeks since a wave of the "blue flu" swept through the Atlanta Police Department, but Mayor Keisha Lance Bottoms assured that things inside the department have shown signs of improvement since.

The wave of increased call-outs came amid plummeting morale among the force in the days after eight officers were charged - five of them losing their jobs over a controversial police shooting and two college students being tased. That, on the heels of several weeks of massive citywide protests against systemic racism and police brutality.

And while Atlanta Mayor Keisha Lance Bottoms said that the number of call-outs at the department are not as severe compared to a week ago, she said she hoped the city and the police department continue to move forward.

"I think it's unfortunate that our officers feel that way. But I think it's not just in Atlanta. I think that's happening across the country and it has - this has been trending this way for a very long time," Bottoms said.

"That being said, I understand our officers have concerns about going out on the streets, and not just the way that they feel the public is treating them but certainly their response to my response to what's happened in the city," she added.

"That being said, I've always been committed to public safety in our city, especially to our police officers."

Bottoms said that was evidenced by the a 30 percent pay raise - one of the city's largest, according to her - that she helped secure for the department in her first few years in office.

"I don't say that simply to mention the monetary part of it - because that money doesn't always make someone feel valued - but to remind our officers that when I didn't have the support of any police unions in the city, I still did what I thought was the right thing to do, because I believed that they deserved to be paid, and I believe they deserved to have the opportunity to be able to live in our city, to afford to live in our city and not have to work two to three jobs," she said.

"So in the same way that I made that commitment to our officers, I just asked that they be reminded of the commitment that they made to our city," she stated.

While Bottoms said the levels of call-outs are down from their peak, 11Alive obtained records from the department that showed that officers called out sick more than 170 times in the days after former Garret Rolfe was charged with murder in the fatal shooting of Rayshard Brooks, the incident that kicked up the call-outs.

Also during that time, data showed that shootings were up during the "blue flu," but that drug arrests and traffic stops were also down - evidence that officers currently fear the next traffic stop or arrest they make could lead to them being charged with a crime, according to one police union rep.

Listen to the mayor's full conversation with 11Alive below.