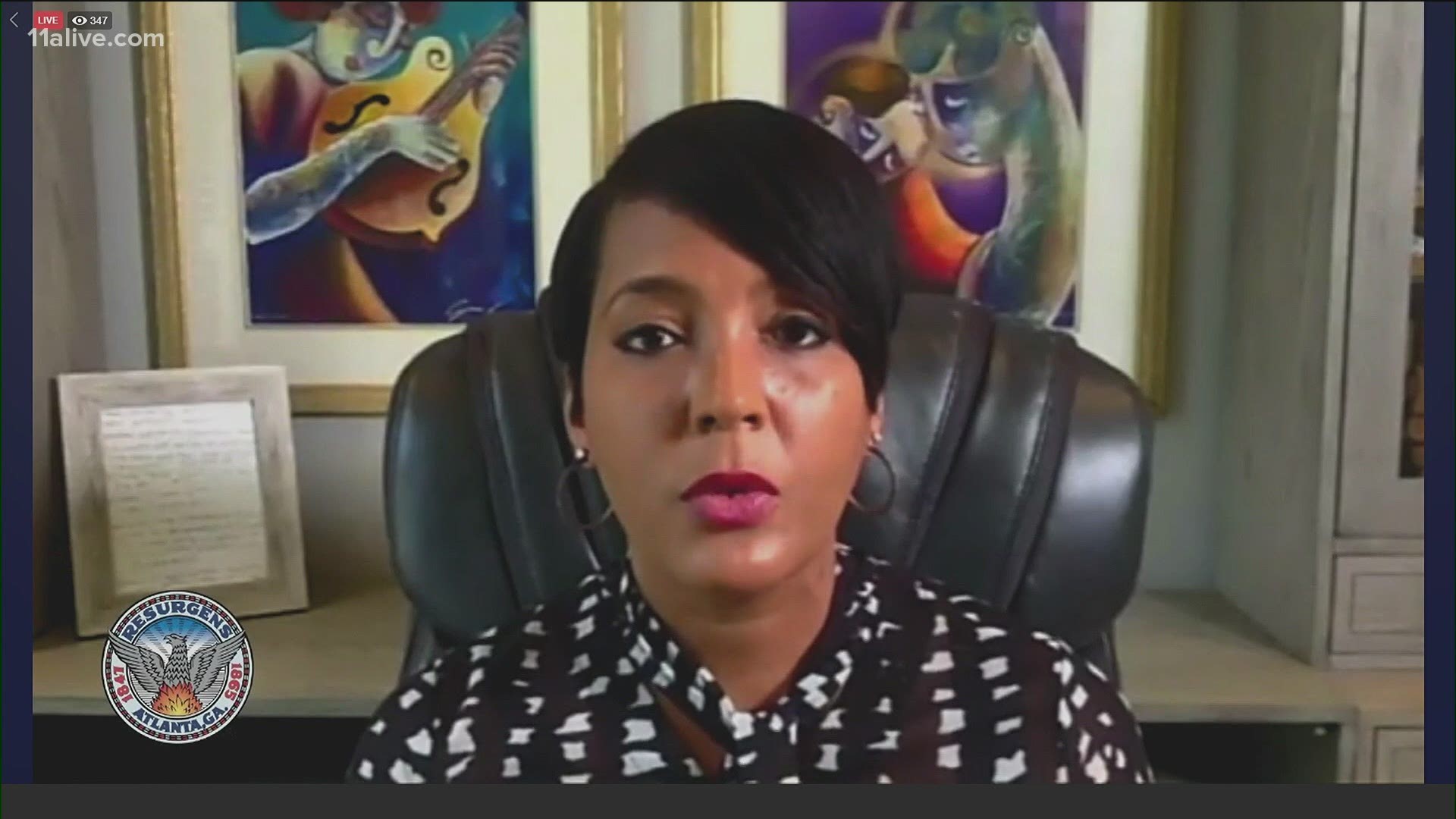 You can read 11Alive's coverage of her remarks on the city's police force here and COVID reopening plan here.

Atlanta Mayor Keisha Lance Bottoms will be holding a press briefing this morning, with what her office describes as a question-and-answer session with reporters.

The mayor's office said Bottoms will discuss topics such as the city's steps to combat the COVID-19 pandemic and the 2020 Census count.

Bottoms moved Atlanta back into Phase II of her reopening plan last week, and officials are frantically working to gather more census responses with Georgia ranking second from the bottom in the country in response rate ahead of the count's completion at the end of the month.

The press conference is scheduled to begin at 10 a.m. 11Alive will be streaming it here and on our YouTube channel.

The mayor's press conference will also come amid a rash of Atlanta officers quitting the force.

This is the second time APD reported multiple resignations in a short period of time since the beginning of summer. The department said they normally the average resignations for 2019 was 5.58 per month. There were 67 Resignations in 2019.

Many of the officers leaving the force have cited low morale and lack of support, according to the police union.

Sgt. Jason Segura, President of the International Brotherhood of Police Officer, Local 623, said many officers are leaving for other sheriff and police departments.

“Majority of it is just the lack of support,” said Segura.