On Monday the city of Atlanta's Civil Service Board ruled the firing of APD Officers Mark Gardner and Ivory Streeter violated city policy for terminations. 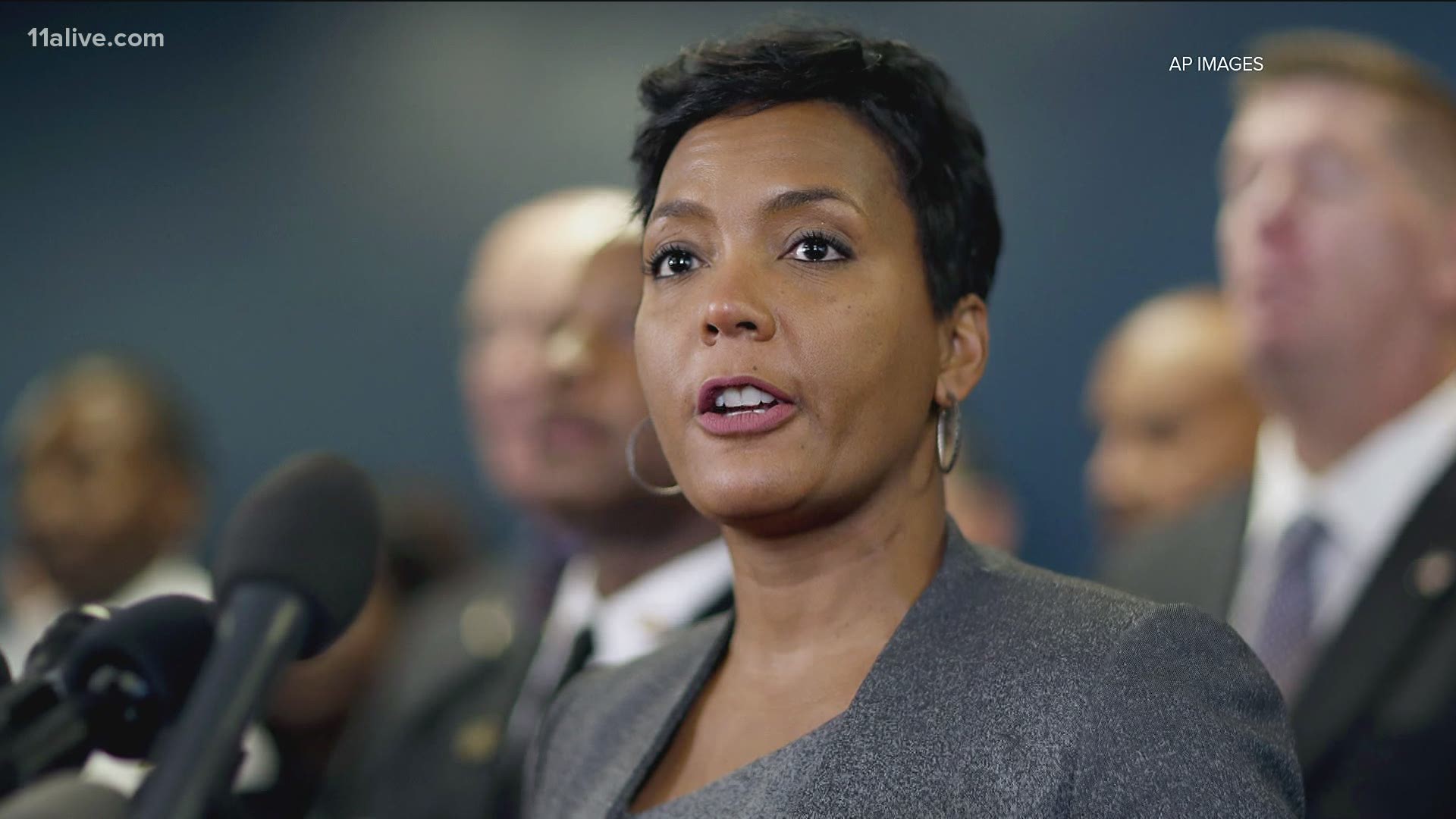 ATLANTA — Though a ruling reversed the terminations of two Atlanta Police officers fired for the controversial tasing of two college students during protests last summer, it did not specify whether those officers' actions were justified. It's a position Atlanta Mayor Keisha Lance Bottoms pointed out in a comment on the matter.

In a ruling Monday, the city's Civil Service Board said the dismissals of officers Mark Gardner and Ivory Streeter violated both Atlanta Police and city policy when it comes to terminating employees, according to documents obtained by 11Alive.

In a statement Tuesday, Bottoms acknowledged that fact, but defended the firing of the officers.

"While the Civil Service Board (CSB) has reversed the termination of the officers, given the unrest across our city and nation at the time, and the disturbing video footage before us, I still believe that the right decision was made," she said. "It is also important to note that the CSB did not say that the officers' conduct was lawful."

Gardner and Streeter were fired from the department in May, after video showed officers tasing college students Taniya Pilgrim and Messiah Young and pulling them from the car, sparking outrage. The two said they were simply trying to drive away, after asking police why one of their friends was arrested.

Meanwhile, the officers - who appealed their terminations - said they were acting off information that there was a gun in the pair's car, after an officer reportedly yelled there was one. They said they used the tasers in self-defense because they were in fear for their lives. No gun was ever found in the car.

During a hearing with the board, former APD Chief Erika Shields said the two officers were fired because of exceptional circumstances.

"You cannot find where we were in an environment previously," said described in the hearing. "We did, I did what I had to do to ensure that that city was stabilized."

However, documents from the board said that the department failed to give sufficient written notice to the officers and failed to allow them proper representation.

"Based upon the serious concerns of insufficient adherence to City code and procedures which culminated into a lack of due process, the Board upholds the Appeal of Ivory Streeter and revokes the City’s dismissal of him from APD employment," the review from the board said of Streeter's case. It held a similar stance for Gardner's case.

Also in her statement Monday, Bottoms said events from last year - including the incident involving Gardner and Streeter - led to changes with APD's policies and training.

"This incident, and others, have resulted in changes to our use-of-force policy, including de-escalation training and guidance on when and how to intervene in specific situations," Bottoms wrote. "It is my sincere hope that these policy changes and additional training for our officers will help eliminate the potentially life-threatening and deadly encounters that have happened in the past."

Attorney Mawuli Davis represents Messiah Young, one of the college students at the center of the tasing. Davis told 11Alive Tuesday reversal of the terminations marked the second major recent development in the case - without the Morehouse College student or his family being notified ahead of time.

Davis said Young's family also learned through media reporting that the criminal case against the officers - who were charged with aggravated assault - would be sent from the Fulton County District Attorney's Office to the Georgia Attorney General's Office.

“The family ... was stunned and saddened to learn through the media that two of the officers involved in the attack have been reinstated to the Atlanta Police Department," a statement from Davis said. "In two consecutive weeks, they have experienced the pain of the justice system continuing to fail them as victims of police brutality."

11Alive has requested information from both Atlanta Police and the mayor's office on how the board's ruling will be handled - whether it will lead to the officers receiving back pay, if they will return to their former positions, or will be subject to any future disciplinary actions pending an investigation.

In a statement, the Atlanta Police Department said "In light of the CSB’s rulings, APD will conduct an assessment to determine if additional investigative actions are needed." It added that because Gardner and Streeter have criminal charges related to this incident, they will remain on administrative leave until those charges are resolved.

However, Lance LoRusso, the attorney for both officers, discussed with 11Alive's Hope Ford what the next steps could be. LoRusso said that he's not sure that the two would face another internal investigation.

“We’re not worried about it because we already brought that testimony out," LoRusso said. "People who reviewed their use of force said it was appropriate and those are people within the city who make those decisions every day.”

Streeter and Gardner will receive back pay and accrued leave once they return to work, according to LoRusso, but their roles will look different for the time being.

Also a question: Will the civil service board’s decision be used as evidence in the criminal case?

LoRusso said it couldn’t hurt for the decision to be reviewed by the attorney general or the substitute prosecutor.

Editor's note: This story has been updated to include an updated statement from the Atlanta Police Department.