This time around, Atlanta Mayor Keisha Lance Bottoms decided to bake something different and Twitter has been much kinder in response. 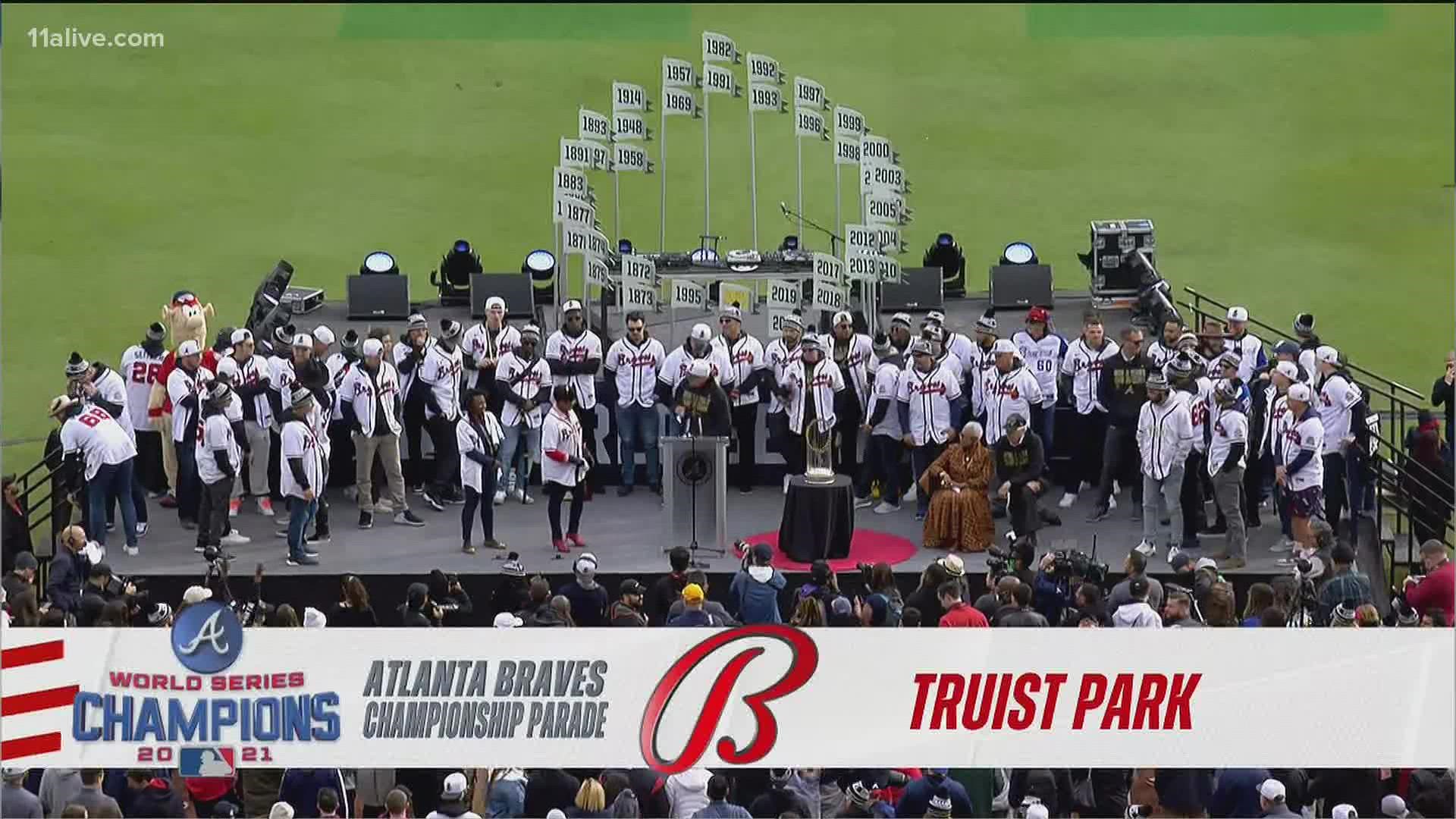 ATLANTA — Back in 2018, Atlanta Mayor Keisha Lance Bottoms stirred up a bit of an uproar. The Atlanta leader did not push for a controversial policy or dish out anything inappropriate in an official statement. It all came down to Christmas dinner.

This year for Thanksgiving, however, the Atlanta leader has decided to go a different direction. Bottoms cooked a pie.

"Before you ask, I stayed in my lane this year." Bottoms said.

Before you ask, I stayed in my lane this year. 😋 pic.twitter.com/gNSCuBl2hA

One comment read "Well Played." Another read, "There you go Mayor...you did good!"

At the time of this writing, Bottoms largely received comforting messages of support for her latest holiday creation. But, things were not always so civil on social media for the Atlanta leader in previous years.

Many families take to Twitter during the holidays to share photos of their Christmas sweaters, decorations and tasty homecooked dinners. On Christmas day 2018, the Atlanta mayor was no different.

Bottoms posted a photo of her homecooked mac and cheese for family dinner, then the comments came rolling in.

"The cheese sauce is missing. You can't just put shredded cheese on it and think it's mac and cheese." One user commented.

"Noooooo Mrs Mayor this is HORRIBLE" Another commenter said.

"Trash and cheese" a user added.

The messages did not stop there. The grief poured in by the thousands. The outrage ranged from “bless your heart” to “This picture dried out my contact lenses." It all ultimately drew out some retaliation from the Atlanta mayor.

"Lol...For the shady none cooking crew, add more cheese a few minutes at the end & then mix it up to make it juicy. Trust, nothing dry here." Bottoms said.

Lol...For the shady none cooking crew, add more cheese a few minutes at the end & then mix it up to make it juicy. Trust, nothing dry here. https://t.co/vSN0tTJ1qK

The Atlanta leader's own mother made her way into the Christmas morning controversy.

"Cracking me up. My mama said, 'Oooh, it does look dry, but it wasn’t. That’s what you get for posting.' She’d be the first to toss it." Keisha Lance Bottoms admitted on Twitter.

Cracking me up. My mama said, “Oooh, it does look dry, but it wasn’t. That’s what you get for posting.” 😂 She’d be the first to toss it. https://t.co/SNOybateWC

The Atlanta mayor's family continued to have fun with the unusual social media moment.

Mama said, “When I saw it I said Who made this?? And I been around here bragging that you got all of my Mama’s recipes.” 😂 pic.twitter.com/jZLDfLggsl

Even Stouffer's, an authority in quick home-cooking, decided to weigh in.

Here for you next time, Keisha ❤

A year later, Bottoms had a new message for the haters. It was a new Christmas mac and cheese family meal.

....and my Mac N Cheese is STILL good. #iainteverscared pic.twitter.com/hxPTa60apO

What the next chapter in the Atlanta mayor's holiday saga will hold is yet to be seen. But, readers can rest assured that Twitter commenters will be at the ready - for better or worse.