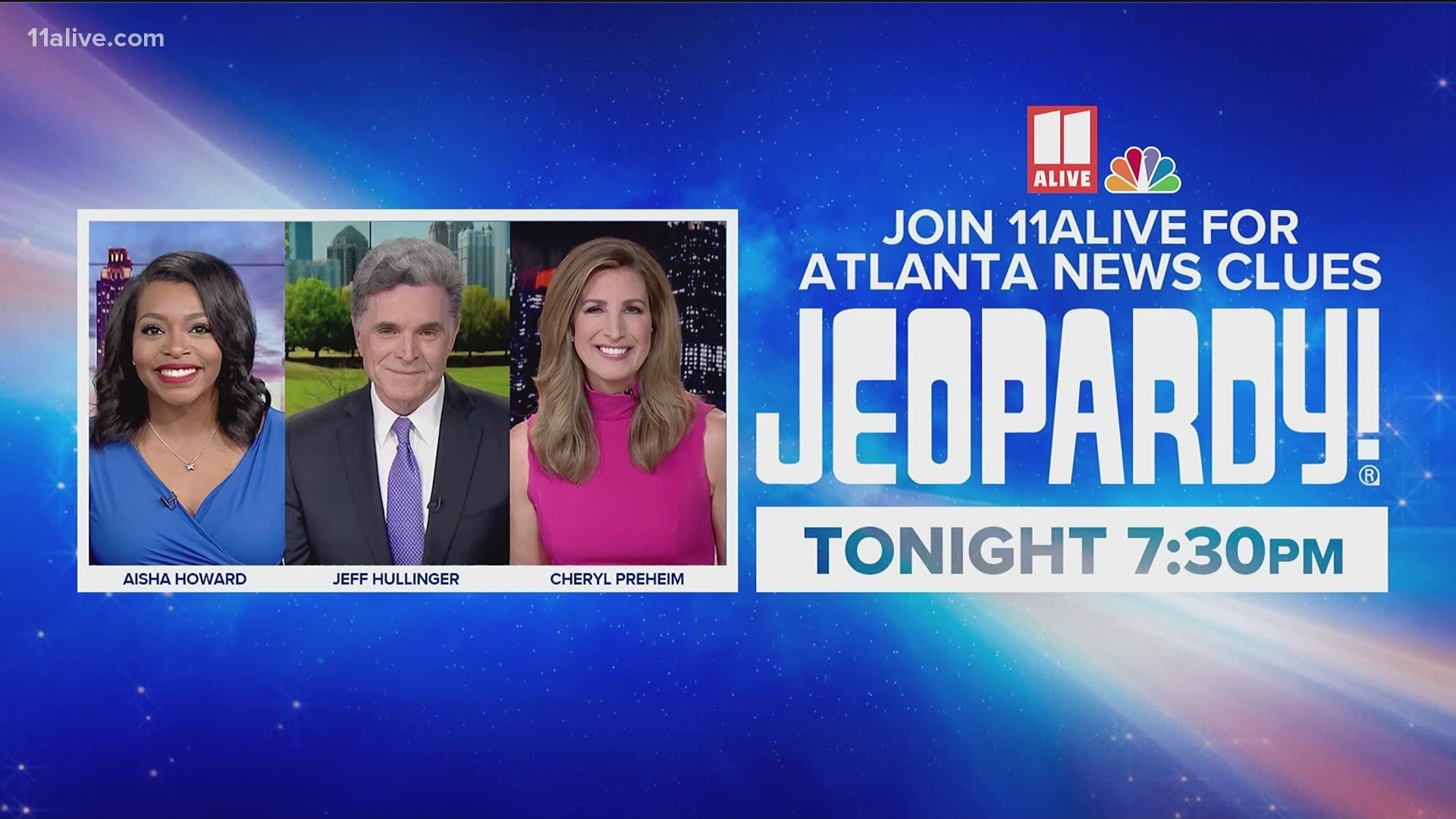 ATLANTA — You may recognize a few faces on Jeopardy! when it airs Tuesday night. That's because 11Alive anchors Aisha Howard, Jeff Hullinger and Cheryl Preheim will be reading the answers in the “Atlanta News Clues” video category.

The guest host this week is Katie Couric. After the passing of Alex Trebek, the network has been featuring guest hosts, including the all-time Jeopardy! champion, Ken Jennings. Upcoming guests include Dr. Oz, Aaron Rodgers and Anderson Cooper.

“I admired Alex Trebek and have been a fan of the show for a very long time. To be invited to be part of Jeopardy!, in any small way, was a thrill,” Preheim said.

Hullinger said putting the national spotlight on Atlanta is exciting.

“It’s great appearing on Jeopardy!, but even better representing our city with Atlanta questions,” he said.