Atlanta officer accused of exposing himself at mall 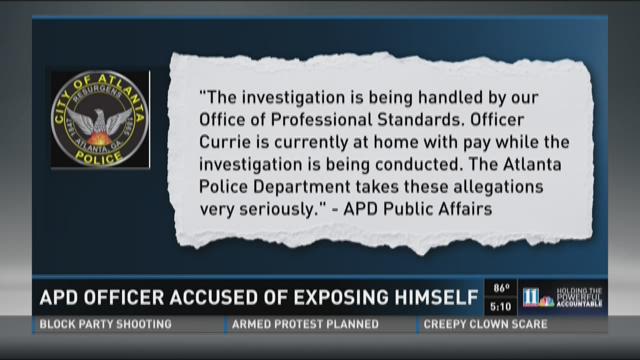 An Atlanta Police officer is on paid administrative leave after he was accused of exposing himself to a boy at Lenox Mall.

The alleged incident happened on August 19th. Officer Currie is on leave while the investigation is being conducted.

"The Atlanta Police Department takes these allegations very seriously," a spokesperson with the APD said in a statement. "Chief Turner has always prioritized officer accountability and honesty, and will continue to take decisive action when necessary to hold his employers to the highest standard."

Officer Currie has been with the police department since 2001.