Atlanta police officer crashes into MARTA bus, will be investigated

Atlanta police say the officer had his lights on at the time, but they don't know what call he was responding to. 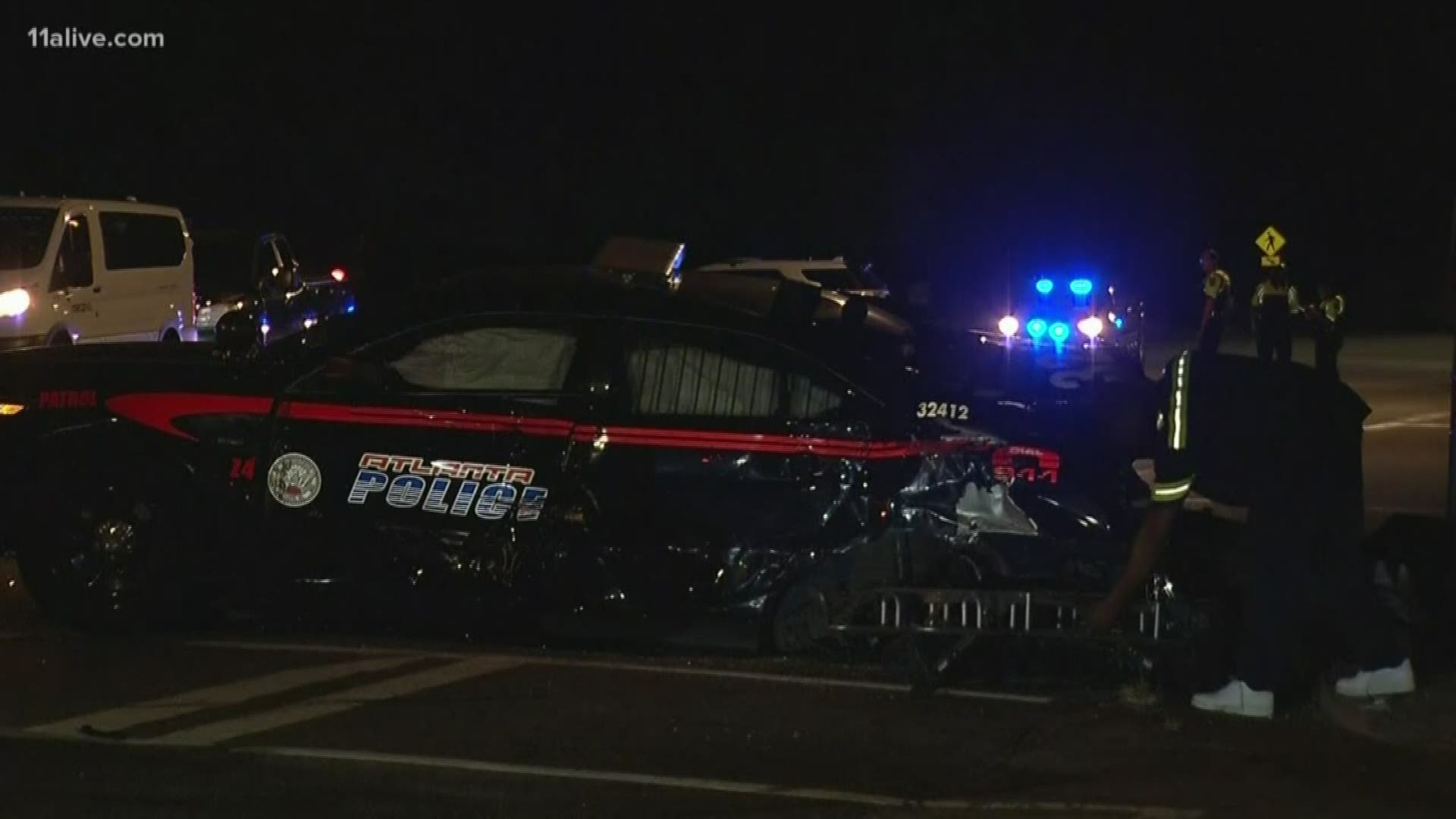 ATLANTA — An Atlanta Police officer may be at fault after crashing into a MARTA bus overnight.

It happened Monday around 1:30 a.m. at the intersection of Langhorn Street and Lucile Avenue.

The MARTA bus had the green light when the officer drove through the intersection with his police lights on. However, Atlanta police said they don't know what call the officer was responding to at the time.

Authorities said the officer and the driver of the bus were both hurt.

A passenger was also on the bus at the time, but fortunately they were not hurt.

In a statement released to 11Alive, the Atlanta Police Department said:

"At this time, it appears the MARTA bus was proceeding through the intersection on a green light when the patrol vehicle entered the intersection and they collided. It appears the officer activated his patrol vehicle’s emergency equipment at some point prior to the collision. The department will conduct an internal investigation to determine whether the officer’s actions were appropriate and justified. At this time, the investigation continues."

Teen hit by car walking to school remembered for his kindness: He was a 'one-of-a-kind child'