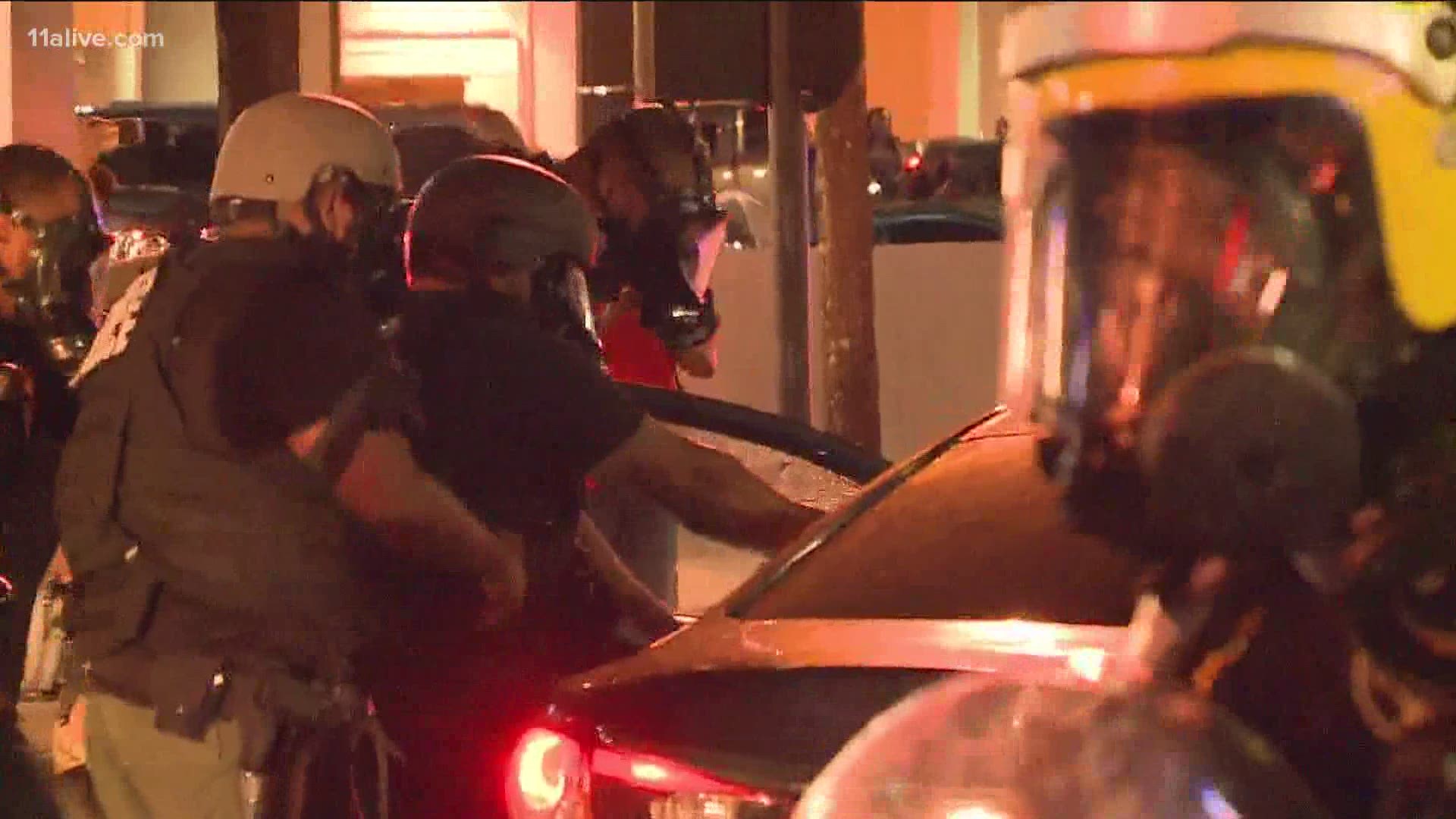 ATLANTA — Atlanta police officers continue to resign, citing low morale and lack of support, according to the police union.

A report from the Atlanta Police Department shows 28 officers resigned in August, an additional 11 retired, and three recruits were dismissed for undisclosed reasons. This is the second time APD reported multiple resignations in a short period of time since the beginning of summer. The department said they normally the average resignations for 2019 was 5.58 per month. There were 67 Resignations in 2019.

Sgt. Jason Segura, President of the International Brotherhood of Police Officer, Local 623, said many officers are leaving for other sheriff and police departments.

“Majority of it is just the lack of support,” said Segura. “You have officers that have been trained by the Academy as far as what you can and can’t do, what the law is, what your SOPs are, and when it comes down to it...So, it’s just a lot of confusion.”

Segura is referencing six officers who were disciplined after news reports showing the arrest of two college students went viral in the beginning days of protests in Atlanta. As for the other two officers Segura referenced, one was terminated and the other placed on administrative leave following the shooting death of Rayshard Brooks.

In the case of the two students who were arrested, two officers sued for their jobs back, claiming the city broke protocol by not investigating the use of force before terminating the officers. The police union and attorneys for the officers have repeatedly said they were fired, and some subsequently charged too quickly, because of the political climate.

Interim Police Chief Rodney Bryant said in a statement, the resignations are in line with what's happening on a national level.

Segura added officers do not feel like the city would support them, should they have to use force during an arrest.

“We want to be able to do our job and we want to be able to protect and serve. The disconnect comes when the mayor comes out and terminates officers without due process. Use of force is supposed to be judged by what a reasonable officer would do based on the same set of facts and circumstances. The mayor, I know she’s an attorney, but she does not know what split second decisions an officer has to make,” Segura said.

Social justice activists applauded Mayor Keisha Lance Bottoms’ decision to fire the officers. Mayor Bottoms, however, admitted in a June press conference that morale within the department was low.

"My understanding is that it's really bad, it's understandably so,” the Mayor said at the time.

“No officer wants special treatment, they just want to know that the training they’re receiving and the case laws they were taught and the rules that they were taught are being followed by those that lead us,” Segura explained. “We’re losing some of our best, some of our absolute best. The most knowledgeable, most well-respected that have just got to the point where they can’t do it anymore.”

Lack of pensions and better pay are other reasons Segura said officers are leaving APD. The sergeant said he’s concerned officers will be stretched too thin, putting the community in danger if they can’t recruit and keep officers on staff.

APD said they are currently operating with 1733 of 2046 authorized positions filled, with 110 recruits enrolled in the Atlanta Police Academy and/or waiting to start.

Bryant's statement further stated, "Our current manpower is sufficient to continue to handle 911 calls with minimal delay between calls being received and dispatched to an officer on the street. I do concede that the calls Atlanta PD receives are triaged, so some calls of lower priority (larcenies where the suspect has already left the area, private property accidents with no injuries, or minor damage to property) may take longer to dispatch than higher priority calls, but it is still our goal to respond to every call were police services are requested, in a reasonable time."

11Alive reached out to the Mayor’s office for comment regarding the police union’s statements on lack of support from the city. Her office said they are working on a response.

A previous version of this article stated that eight officers were fired. That has since been corrected.