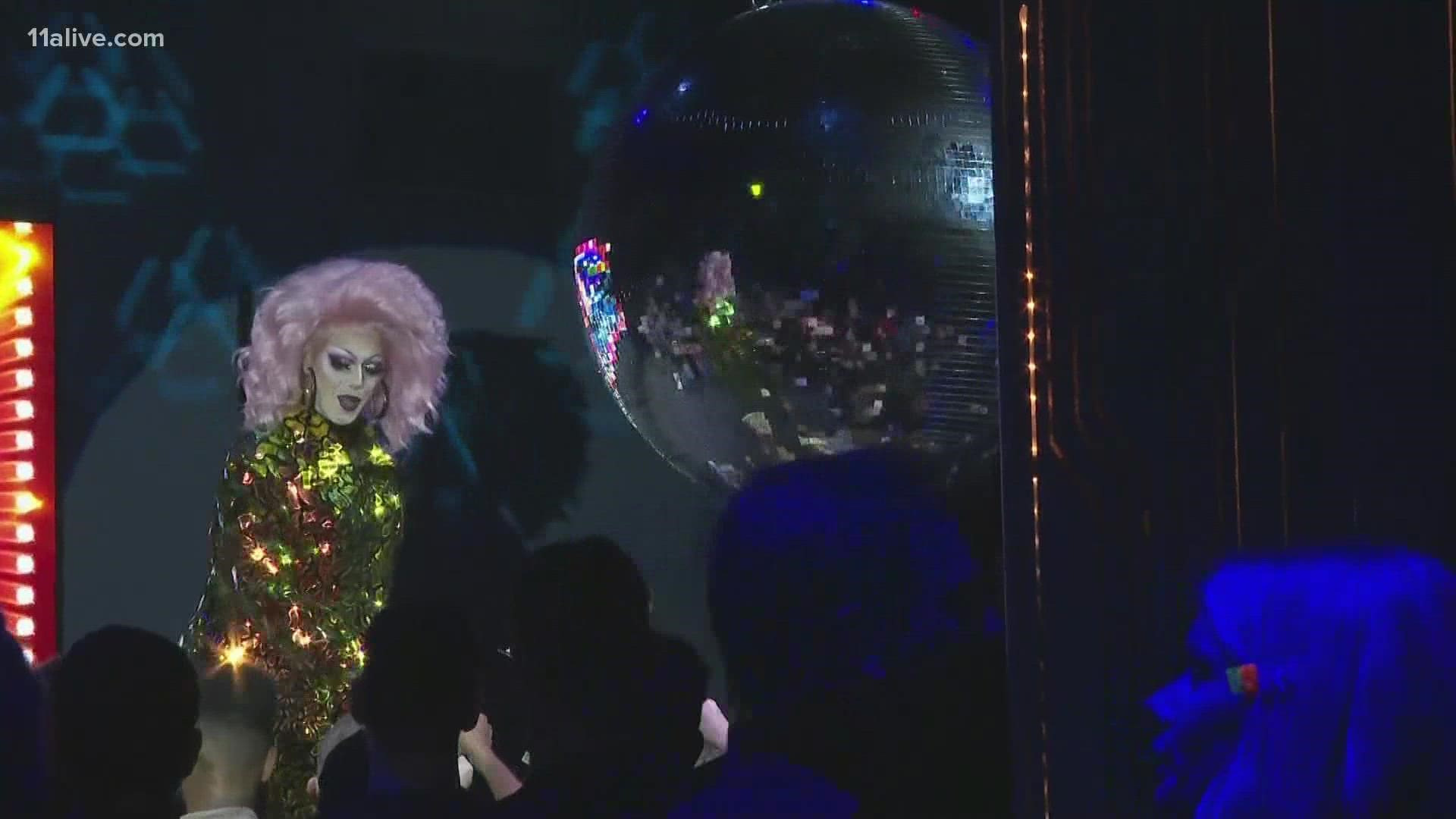 ATLANTA — In honor of Atlanta pride month 2021, 11Alive is taking a closer look at the city's thriving drag scene.

You might be familiar with RuPaul's Drag Race, one of the most awarded reality TV shows in history. RuPaul got her start in Atlanta - helping lay the foundation for fabulous festivities.

"Atlanta is like drag boot camp," LaLa Ri said, a Drag Race fan favorite who was featured in season 13. "If you want to learn drag, you come to Atlanta."

“It’s like the mecca of drag," she said. “For it to be this phenomenon that it is, is really kind of a cool thing to watch.”

Pheonix was on season 3 of RuPaul's drag race in 2011, but she'd been immersed in the art well before then.

“As someone who started doing drag way before Drag Race was even thought about, you know, I never dreamed that drag would be what it is now," she said.

RuPaul got her start in Atlanta in the 70s, when a handful of bars were hosting some of the first women impersonation competitions and cabarets.

Its emergence came on the heels of a 1969 police raid on the Ansley Mini Cinema in Midtown, which was showing a movie featuring a man dressed as a woman.

10 police officers blocked all three exits of the theatre, questioning and photographing all 70 audience members, and arresting several.

The outrage that followed led to the formation of some of Georgia’s first LGBTQ organizations, and the following year Atlanta hosted its first-ever pride march.

“For so long it was very underground," Pheonix said. "People didn't really understand why a man would want to dance around in heels.”

Decades later, during Atlanta pride month 2021, Pheonix and other drag race alumni headlined a show together at Future in Underground Atlanta.

LaLa Ri, who is from Atlanta, was one of the headliners helping draw the crowds. Although she's relatively new to drag, she's garnered tens of thousands of loyal fans between her appearance on Drag Race, and her commitment on the stage.

“I was always fascinated by like the glitz and glam and all of that, so I tried it and it's stuck," she said. “It's just mind-blowing to me the way that people accept it and appreciate it, even non-LGBTQ plus people."

"Even my hood aunties and uncles enjoy RuPaul's Drag Race, and not just that but drag in general," she laughed. "Being from the south, that is just like amazing to me.”

There's no doubt the craft is gaining momentum in popular culture.

“For me, it's an art form," Pheonix said. "I do my own makeup, I can make costumes, I can do hair, I can perform. Queens are just these well-rounded artists, so I'm glad the world is finally being able to see it."

Attending a drag show today is about entertainment, glitz, and glamour, and self-expression.

And its front row, firsthand proof that a new era is here...and it’s looking fabulous.

RuPaul’s most famous saying? We’re all born naked, and the rest is drag. 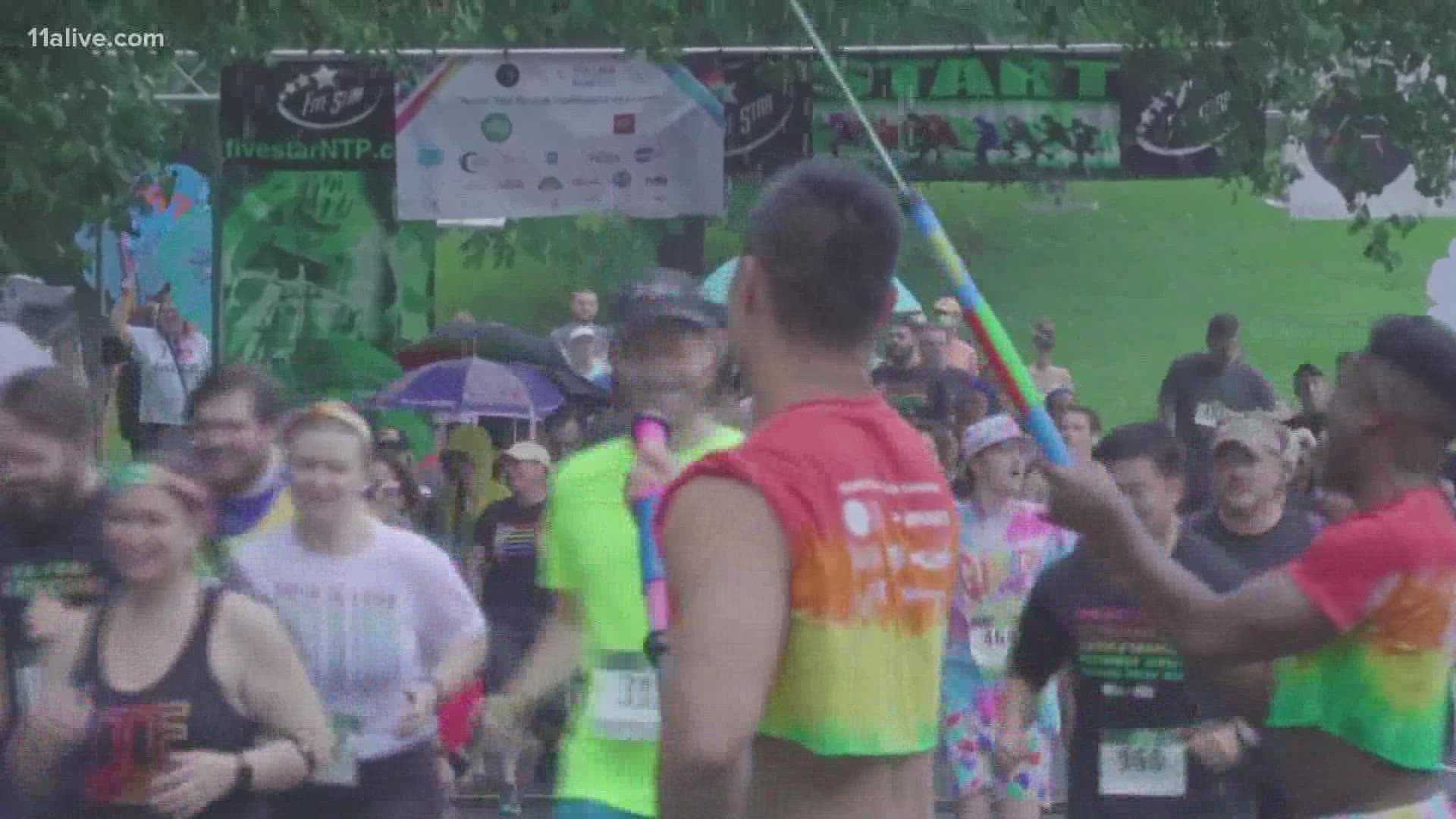